Ministry of Defense: Russian pilots shot down a Ukrainian MiG-29 near the village of Yasenovoe in the DPR 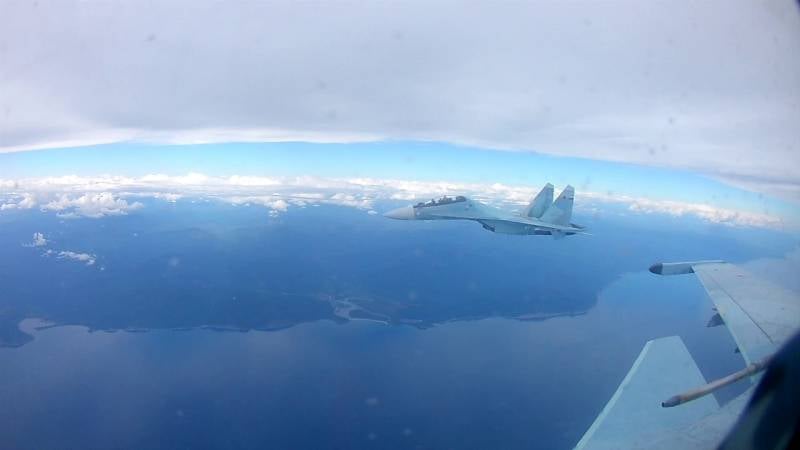 The next report of the Ministry of Defense of the Russian Federation begins with information about yesterday's missile strikes on military targets, the control system and related energy facilities in Ukraine. It is not reported which objects and in which settlements on the territory controlled by Kyiv were hit, according to the military department, all targets were hit.


As a result of the defeat of high-precision weapons long-range production and repair of military equipment at defense industry enterprises was stopped, the railway logistics for the delivery of military equipment and the transfer of reserves of the Armed Forces of Ukraine to the areas of hostilities were disrupted. The official representative of the Ministry of Defense, Igor Konashenkov, emphasized at the briefing that "there were no missile attacks on the city of Kyiv."

Why the Ukrainian capital this time was outside the zone of destruction of the Armed Forces of the Russian Federation, is not reported. It is doubtful that the whole point is in the air defense system, about the “super-efficient” work that Kyiv officials and representatives of the military command of Ukraine like to boast after each raid.

Regarding the ground operation, Russian troops carried out offensive operations in several sectors of the front, continuing to push the enemy out of the occupied territory of Donbass.

It is reported about the successful promotion and occupation of new positions by the Russian military in the Krasno-Limansky direction. What exactly n. n. are released, there is no official information.

Over the past day, the enemy repeatedly tried to counterattack in the Donetsk direction in an attempt to stop the development of the offensive success of the RF Armed Forces, to no avail. Attacks of the Armed Forces of Ukraine in the areas of Disputed, Kurdyumovka, Marinka and Vladimirovka in the DPR were repelled. The sorties of Ukrainian militants in the area of ​​​​Novodarovka, Zaporozhye region, were suppressed by an assault aviation and artillery of the RF Armed Forces. During the fire engagement, the enemy lost a total of up to 100 servicemen, two infantry fighting vehicles and eight armored vehicles, killed and wounded.

In the Lugansk People's Republic, preemptive artillery fire at the places of concentration of the Armed Forces of Ukraine thwarted an attempt to advance in the direction of Kuzemovka, killing up to 65 Ukrainian servicemen, two infantry fighting vehicles and one pickup truck.

Another point of temporary deployment of foreign mercenaries was hit near Ilyichovka in the Kharkov region. Three Ukrainian ammunition depots are covered in the Zaporozhye region. As a result of the counter-battery fight, our artillery destroyed 83 artillery units of the Armed Forces of Ukraine in firing positions.

In the air, Russian pilots shot down a Ukrainian MiG-29 near the village of Yasenovoe in the DPR. Air defense systems intercepted 15 HIMARS and Uragan MLRS rockets in the LPR, Kherson and Zaporozhye regions. It is obvious that the shells were aimed at peaceful settlements of Russian territories, which Ukrainian nationalists have been shelling especially intensively in recent days.

From unofficial sources. The arrived reinforcements from the mobilized military personnel are already showing success on the Donetsk front. In public, they say that infantry attack aircraft, mobilized from the Rostov region just a month and a half ago, took five prisoners of war in the first battle. It was in Maryinka.