How the Cossacks took the Polish fortress Kodak on the Dnieper 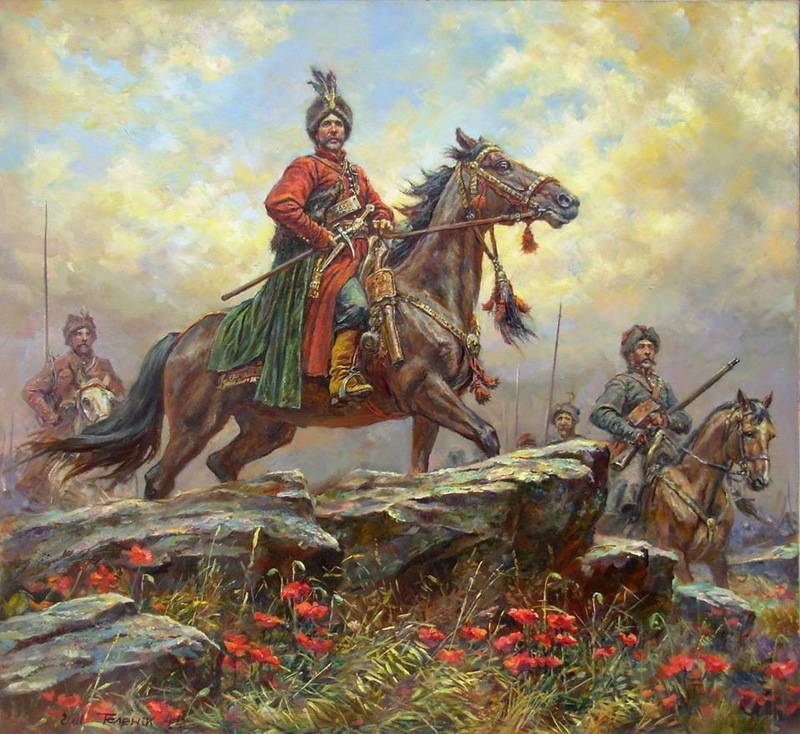 "From the entire Russian people"

After the uprising of Taras Fedorovich (Tarasov night) in 1630, the Polish authorities, fearing restless and dangerous Cossacks, continued to press the registered ones. They wanted to liquidate the Zaporozhian Sich.

The new hetmans of the registered Cossacks, who fulfilled the demands of the Poles and expressed the interests of the Cossack elite, did not enjoy authority among ordinary Cossacks. So, in the spring of 1632, hetman Ivan Kulaga-Petrazhitsky, with registered Cossacks, moved to Zaporizhzhya by order of the king. Registered occupied Khortitsa, burned part of the Cossack gulls (boats). A garrison of registered Cossacks was left in Zaporozhye. However, the Cossacks built new ships and began to prepare a new campaign against Turkey. In response, Kulaga vowed to destroy the Sich.

At this time, the registrars detained Russian ambassadors near Kyiv, who, with a royal letter, went to Zaporozhye to Taras Fedorovich. The Russian-Polish war for Smolensk was brewing, and Moscow wanted to enlist the support of the Cossacks. Kulaga read the letter to the Rada, hoping to turn the Cossacks against the Russian Tsar. But the majority of the Cossacks, philistines and peasants present at the council condemned Kulaga. The hetman sent ambassadors and a letter to Koniecpolsky. The Russian ambassador was killed, which caused the anger of the people.

In 1632, the Polish king Sigismund III died. In September 1632, at the Cossack Rada on Maslovy Stav, assembled at the request of Konetspolsky for the Cossacks to act against the Tatars, Kulaga was suspected of betrayal and removed. Soon he was killed in Kanev.

The Cossacks sent a letter to the electoral Sejm "from the Zaporizhian army and the entire Russian people." There is news, it was written by the Cossack Bogdan Khmelnitsky, educated and well-versed in Polish politics. The Cossacks spoke in favor of Prince Vladislav, since his competitor was Casimir, a zealous Catholic and a persecutor of Orthodoxy. The Cossacks wrote that they hoped "the return and multiplication of our violated rights and liberties." A request was expressed that all great injustices, insults, violations of rights and liberties be destroyed. Otherwise, the Cossacks will look for other means of satisfaction.

It has caused the big irritation of delegates of a diet. Like, how dare the Cossacks tell the gentry who to choose as kings, demand to destroy Catholicism in the Russian Ukraine? What injustice are they talking about? Cossacks must know their place!

As a result, the Cossacks returned to their homeland with nothing. The Cossacks sent a new embassy, ​​but it also achieved nothing. However, Vladislav at that time flirted with the Cossacks, as he needed them during the war with Russia. He also needed a counterweight to fight the magnates, he wanted to strengthen royal power.

In order to block the Cossacks' passage to the Black Sea and prevent the peasants from fleeing to free Cossacks, the Polish authorities decided to build a fortress on the right bank of the Dnieper against the Kodak threshold. The stronghold was built in the form of a quadrangle with walls with a total length along the perimeter of about 1 m. It was surrounded on three sides by a defensive moat, at the bottom of which there were driven oak stakes. The fortress rose steeply over the Dnieper. Cannons were placed on the walls. Up to 800 thousand soldiers could be accommodated in the Kodak fortress.

The fortification was erected at the direction of the crown hetman Koniecpolsky and under the guidance of a talented French engineer in the Polish service, Guillaume Levasseur de Beauplan. The Frenchman was supposed to build a chain of fortifications in the Russian Ukraine, which were supposed to protect the border regions of the Commonwealth from Turkey and the Crimean Khanate, and also become a stronghold of Polish power surrounded by a hostile Russian population.

In particular, according to the project of a French military engineer, the Podgoretsky and Berezhany castles, the fortresses of Bar, Brody, Kremenchug and Kodak were built. Beauplan was also one of the most famous cartographers of his time and prepared maps of Poland and the Wild Fields (Ukraine). He was one of the first Europeans to use the name "Ukraine", denoting the eastern outskirts of the Polish kingdom.

In Kodak, a garrison of 200 German mercenaries was planted under the command of a French colonel in the Polish service, Jean Marion. Foreign mercenaries did not let the Cossacks go south, forbade the Cossacks to pass by the fortress, fish in the Dnieper, and generally oppressed them in every possible way. This aroused the hatred of the Cossacks. 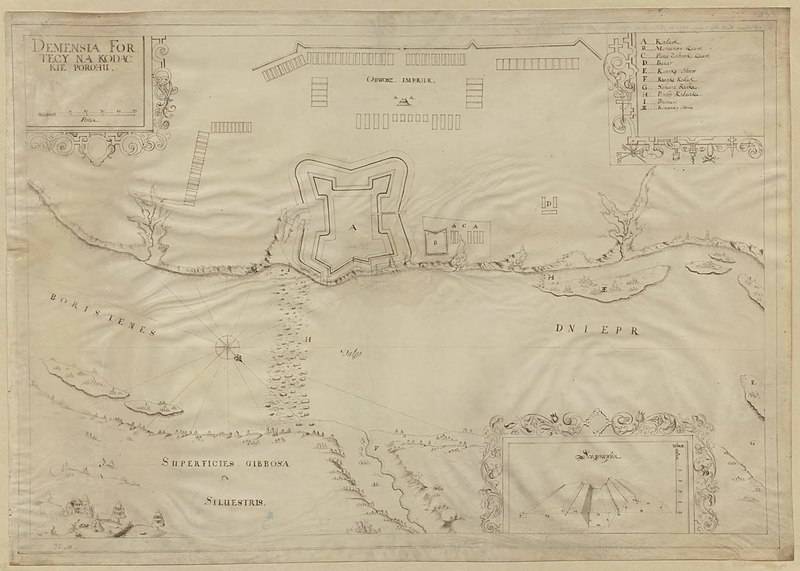 Polish policy caused a new uprising of the Cossacks. It was headed by an experienced chieftain Ivan Sulima. He was a participant in Sahaidachny's campaigns against the Tatars and Turks. In one of the sea campaigns he was captured and was chained to the oar on a Turkish galley for 15 years. During the Turkish war with Venice, he used a good moment, mutinied and captured the ship. Sulima chained the Ottomans to the oars and reached Italy, where he was awarded the Pope. Then, in the Polish service, the successful chieftain fought the Ottomans in the famous battle of Khotyn (1621).

Ivan Sulima in the 1620s-1630s was one of the most popular leaders of the Cossacks. He made raids on the Turks, acted together with the Don Cossacks. In 1631, the Cossacks and Donets besieged Azov.

In early August 1635, Sulima was returning from a campaign in the Black Sea with a detachment of Cossacks. The Cossacks approached the Kodak fortress in the dark evening, quietly removed the sentries and caught the garrison by surprise. They threw bundles of brushwood over the moat, overcame the palisade and broke into the fortress. The entire western garrison was slaughtered. Commandant Maron was brutally executed: burned. They also wanted to execute the captured Beauplan, but they pardoned at the request of Khmelnitsky (he made friends with a smart Frenchman). The fortifications of the cross were destroyed.

The moment was good for the uprising. The Crown Hetman Koniecpolsky, along with the army, was on the Swedish border. However, his deputy, the Kiev castellan, the Bratslav governor and senator Adam Kisel (Russian by birth) managed to crush the uprising in the bud. By bribery and promises, he won over the top of the registered Cossacks to his side. The registered foreman moved the army to Kodak.

Sulima evaded the battle with the registry and called for help from the former hetman Taras Fedorovich, who at that time was on the Don. However, the registered foreman was able to capture Sulim and his comrades. They were handed over to the Polish authorities and sent to Warsaw. After severe torture, the folk heroes were executed.

Only one colleague of Sulima escaped death - Pavlyuk, who would later lead a new uprising.

The ordinary Cossacks who destroyed Kodak had their ears cut off and sent to Gadyach to build a fortress. The Kodak fortress was restored.