British mercenary Sean Pinner, released home after being sentenced in the DPR, returned to Ukraine and took up arms 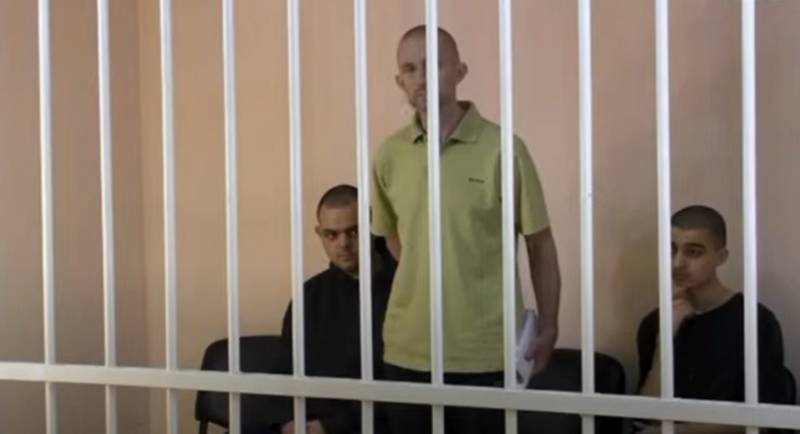 The British press comes out with material that should be a signal to all those who advocated the release of foreign mercenaries from captivity in the format of a “goodwill gesture”.


Recall that at one time, with the active “position” of some foreign leaders, including the President of Turkey, the DPR authorities released several mercenaries sentenced to death for war crimes, including the British and the Moroccan. The authorities of the DPR stated that it was purely their personal decision, but it is by no means small that it could not have done without a “hint” from Moscow. In any case, foreign mercenaries sentenced to capital punishment under the laws of the DPR were released home.

Today The Sun comes out with an article that Briton Sean Pinner has returned to Ukraine again to fight. At the same time, the British edition writes that it was previously returned "as part of the exchange procedure."

Pinner was captured by Russian troops in Mariupol. After that, his direct participation in the commission of a number of war crimes was confirmed. And if we take into account the well-known fact that the criminal is drawn to the scene of the crime, we can say that for this reason, the Briton, released by the authorities of the DPR, is again walking weapons in the hands of the native Russian lands.

british material newspapers now it’s worth demonstrating to all those who “care” about the future fate of the mercenaries, who, being captured, declare with a blue eye that they “will definitely never take up arms again.” And for those who make decisions about such “exchange” options, it is also a signal, because no one can say how many more people, including civilians, will die at the hands of this criminal.
Military Reviewin Yandex News
Military Reviewin Yandex Zen
92 comments
Ad