Insatiable shell hunger: the production of shells specifically for Ukraine 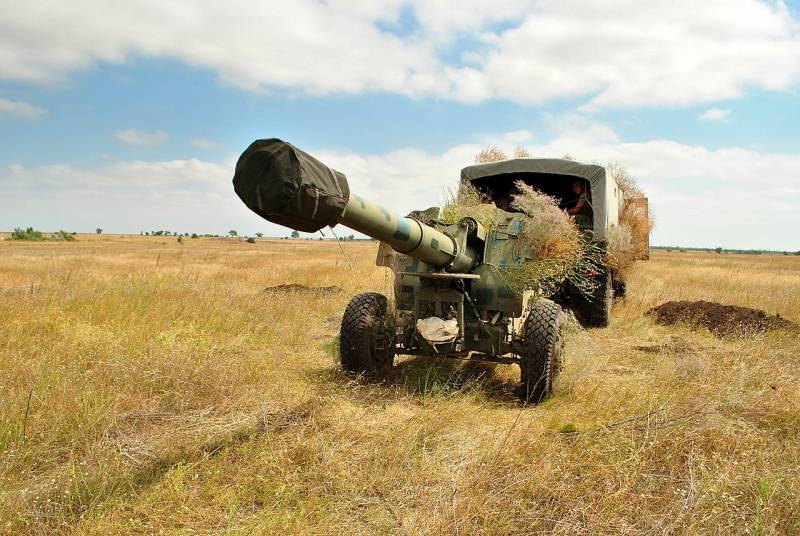 The Ukrainian gun-howitzer D-20 is one of the consumers of 152-mm rounds. Photo by the Ministry of Defense of Ukraine

Foreign countries are sending to Ukraine their weapons and ammunition and are already facing the problem of depletion or exhaustion of their arsenals. Various solutions to this problem with certain features are proposed. In particular, the possibility of resuming foreign production of some products specifically for the Kyiv regime is being considered.

Since the beginning of the year, foreign partners have provided Ukraine with a variety of weapons, ammunition and equipment. In order to avoid problems with development, mainly samples of old types and Soviet standards were supplied. However, the stocks of such products were constantly declining, and the search for new ones to continue assistance turned out to be, at the very least, not an easy task.

On November 26, the American edition of The New York Times revealed new interesting features of the current situation. It is reported that foreign states are facing problems in the field of finding weapons and ammunition for the Kyiv regime. become scarce Tanks T-72 families, anti-aircraft missiles and even artillery shells of Soviet caliber. 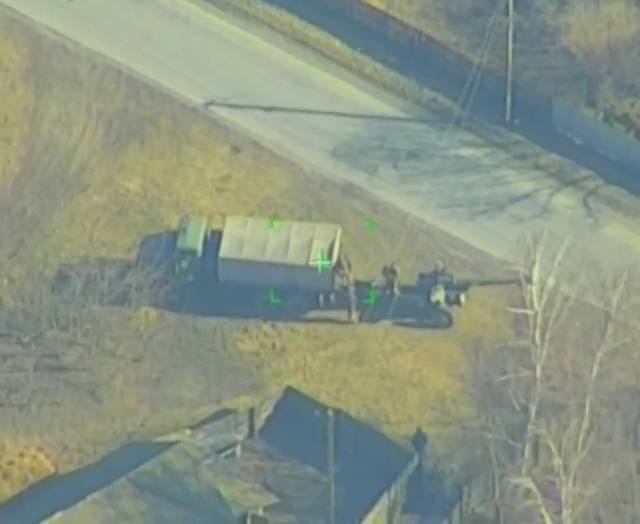 A D-20 gun with a tractor in the lens of a Russian UAV. A hit is expected. Photo by the Ministry of Defense of the Russian Federation
Various ways of solving such problems are proposed, including the production of the necessary products specifically for delivery to Ukraine. From its sources, the NYT learned that in the highest circles of NATO they are discussing the possibility of restoring old production facilities in Bulgaria, Slovakia and the Czech Republic. The factories modernized at the expense of the Alliance will have to restart the production of artillery rounds in calibers of 122 and 152 mm, which are necessary for Ukrainian formations.

On November 30, at the NATO Foreign Ministers' Summit in Bucharest, US Secretary of State Anthony Blinken said that all options for providing assistance to Ukraine in the required volumes are being considered. Some scenarios of this kind do provide for the restoration of previously closed industries. At the same time, E. Blinken did not specify what kind of products it is planned to produce at the newly launched facilities.

The possibility of launching the production of shells or other products of Soviet standards at Eastern European factories continues to be discussed in the foreign press. There are no real steps in this direction yet. However, NATO could already take the necessary measures, but is in no hurry to disclose their results. One way or another, the prospects for the situation with ammunition may become clearer in the near future. 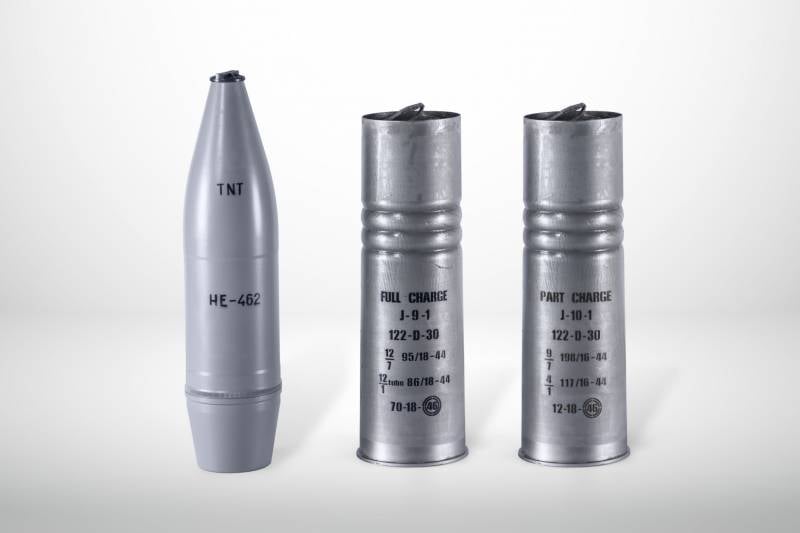 In the current situation, artillery shells of 122 and 152 mm calibers are of particular importance for Ukrainian formations. According to the American press, their production can be restored or restarted at the enterprises of several Eastern European countries. At the same time, it is already clear which factories can produce such products.

In theory, Bulgaria, which has the appropriate enterprises, can produce shells for Ukraine. Thus, the Dunarit plant (Ruse) produces a wide range of artillery ammunition in different calibers. For Soviet-style howitzers, 122-mm separate loading shots are made. 152 mm products are not available in the product catalog. The Arsenal plant (Kazanlak) also operates in the field of ammunition, but it produces only small-caliber unitary shells and mortar mines. Whether the enterprise can master the production of shots in calibers of 122 and 152 mm is unknown.

In Slovakia, the main manufacturer of artillery systems and ammunition for them is Konštrukta Defense (Trencin). It can produce 152-mm artillery barrels, as well as a fairly wide range of Soviet-caliber ammunition. At the same time, the possibility of issuing both shells for guns and missiles for MLRS was declared. Ammunition can also be produced by the MSM Group plant (Dubnica nad Vahom). 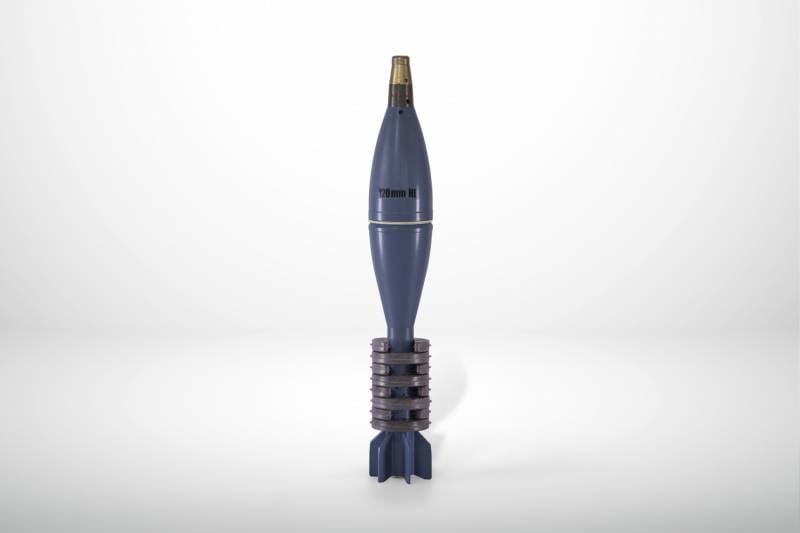 Bulgarian 120 mm mortar mine with an additional charge. Photo "Dunarite"
In the list of potential shell manufacturers, NYT mentions the Czech Republic. However, it is known that this country does not have production facilities for the production of large-caliber shots. With the collapse of Czechoslovakia, factories of this kind remained on Slovak territory, and Czech industry did not build its own production facilities and focused on other areas. Czech presence in recent the news may hint at the existence of some plans to expand the production of large-caliber ammunition. How real they are is unknown.

It should be noted that other Eastern European states also have certain opportunities for the production of artillery ammunition. If there are appropriate orders, they can also produce 122- and 152-mm products for the Kyiv regime. However, their ability to provide the necessary production volumes and supply rates is questionable.

So, Poland has several enterprises capable of producing artillery and shells for it, incl. products of large calibers. Romania also has limited opportunities of this kind. At the same time, it cannot be ruled out that the production capacities of these countries need to be restored. In addition, it may be necessary to restructure production lines for products that have not been produced for a long time.

In general, the idea of ​​the NATO leadership to launch the production of the necessary ammunition at enterprises with experience in such work looks viable. It will allow, at least, to partially solve the current problems in the area of ​​assistance to Ukraine. At the same time, the implementation of such a proposal is associated with additional difficulties, each of which will negatively affect the final result. And in general, such a program of assistance looks doubtful. 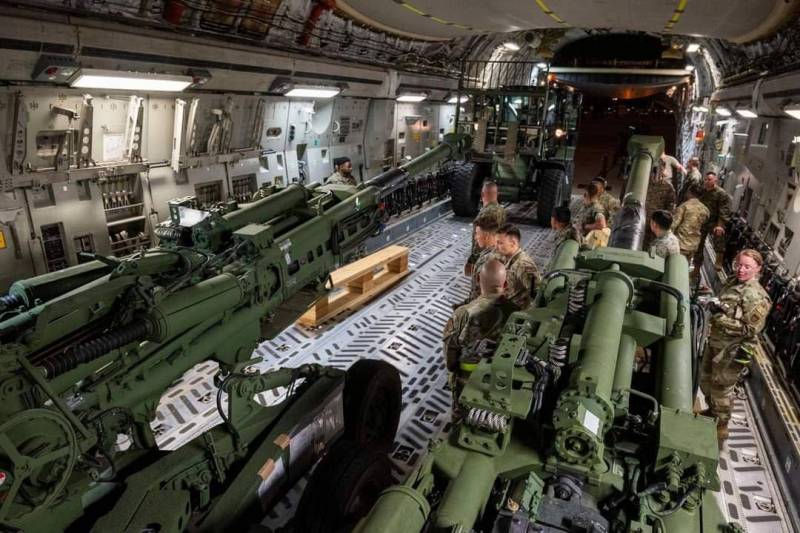 M777 howitzers - US aid in need of their own ammunition. Photo by the US Department of Defense
First of all, the implementation of a new idea is associated with an indefinite level of costs. Perhaps the United States or other countries are ready to allocate money for the modernization of Eastern European industries, but in the current economic and political situation, additional difficulties, disputes, etc. cannot be ruled out. All this will negatively affect the timing of production preparation.

It is not clear how difficult – and therefore expensive and time consuming – it will be to modernize existing facilities and/or restore those that have been closed for a long time. In this regard, it is not known whether the shells of the new release will have time to hit the current Kyiv regime and reach the front line.

The volume of future production is questionable. According to the latest data, Ukrainian artillery uses from 2 to 4 to 5 shells per day, depending on the possibility of being transported to the front line. There is reason to doubt that Eastern European enterprises, even together, will be able to ensure the appropriate pace of production. An increase in consumption and / or the creation of reserves is also not possible. At the same time, one should take into account the constant fire impact of the Russian army, which regularly knocks out Ukrainian warehouses of rocket and artillery weapons with a large amount of ammunition. 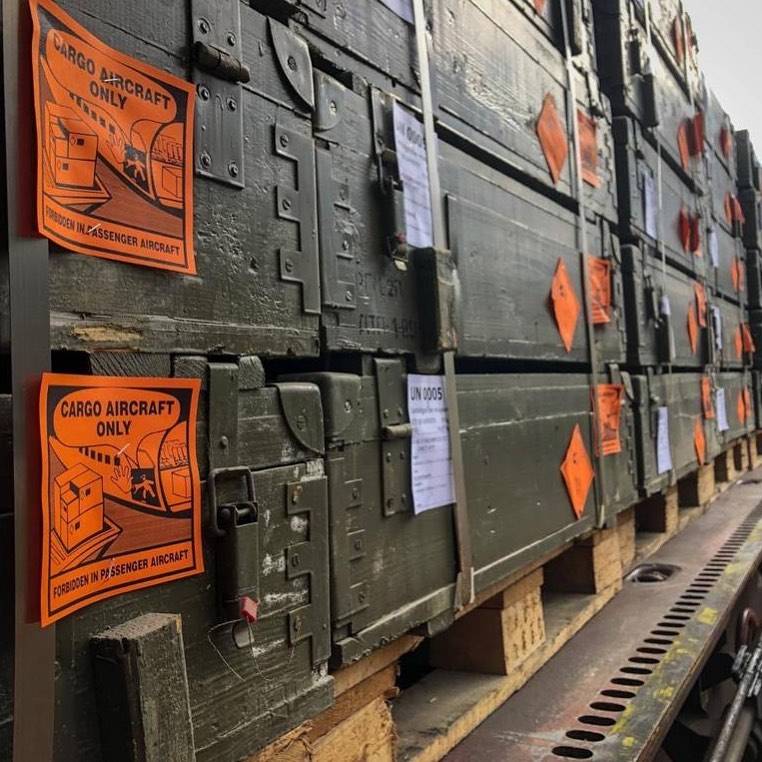 Thus, the Ukrainian artillery has by now found itself in a difficult position, and this situation is constantly deteriorating. The available stocks of shots of the main calibers, created back in the times of the USSR, were mostly used up, destroyed or became a trophy of the Russian army. Ukraine does not have its own production of shells, and the supply of necessary products from abroad only partially covers the needs.

Back in the spring, foreign partners began to help the Kyiv regime with direct deliveries of NATO-standard artillery and ammunition. However, for all the time only a few hundred towed and self-propelled guns have been transferred, which is several times less than the existing weapons fleet - and many times less than the losses of recent months. The same is true with ammunition. The United States alone shipped over a million large caliber rounds, but these too have been used up or lost.

Now it is proposed to solve the problems of the Kyiv regime by resuming the production of Soviet-standard shells. Obviously, this will be a complex, slow and expensive process. Accordingly, NATO and Ukraine can hardly count on getting all the necessary results quickly and efficiently. As a result, the firepower of Ukrainian artillery will remain at the same low level and will not be able to change the overall situation on the fronts.