The Great Three: Which Armies Are the Most Powerful in the World 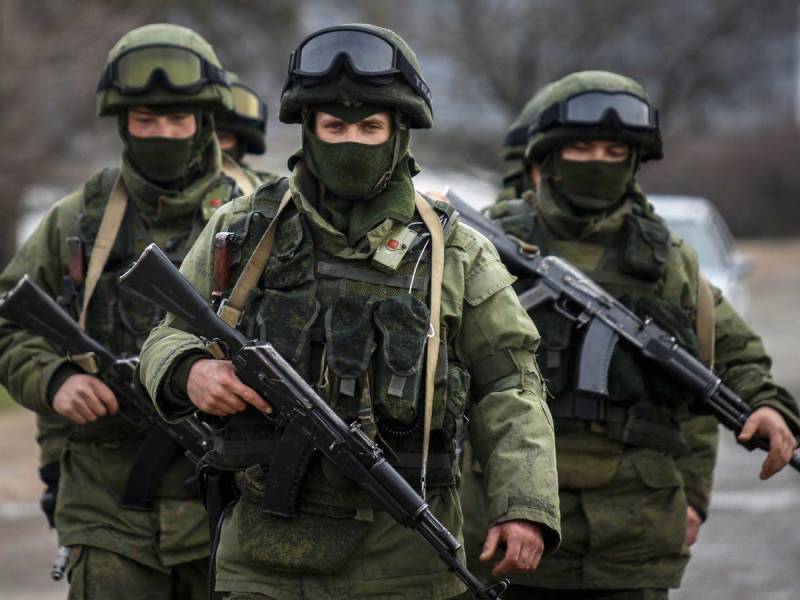 How and who counts tanks?

There are many controversial points in the issue of rating calculations of the total military power of the state. Most ratings, such as Global Firepower (GFP), focus on the size of the armed forces, geographic location (the length of the coastline, etc.) and the financial potential of the state.

Quite often, the estimates of the expert community give out quite objective indicators - for example, the unprecedented military power of the United States. However, reality sometimes breaks all analytical constructions. The American military machine, in which there are more than thirteen thousand military aircraft alone, could not cope with the Afghan irregular armed groups. By the way, Afghanistan barely holds on to the 118th place in the ranking.

Japan in almost all international rankings is in the top ten, and even in the top five of the strongest armies in the world. And North Korea trudges in the beginning of the third ten. Such a disposition does not mean that the Japanese are several times stronger than the DPRK, and a hypothetical war between these states will invariably lead to the victory of the self-defense army. On the contrary, a Japanese landing on the coast of North Korea will most likely end in a national catastrophe for Tokyo.

Once again, I will make a reservation, these are exclusively theoretical forecasts - Japan will never single-handedly attack the DPRK that it hates. For such an attack, a coalition will be assembled that, in terms of total power, represents a good half of the world's strike potential.

But even this does not guarantee anything - Pyongyang always has an asymmetric response in the form of a nuclear club. How effective it is is a big question, but the club is quite capable of causing unacceptable damage to the enemy. Otherwise, the Kim dynasty in North Korea would have long overtaken the fate of Gaddafi.

Based on the foregoing, it is immediately worth mentioning that all analytical reports that rank armies by strength are nothing more than analytical reports. They only allow quantitative comparison of the armies and resources of countries with each other. 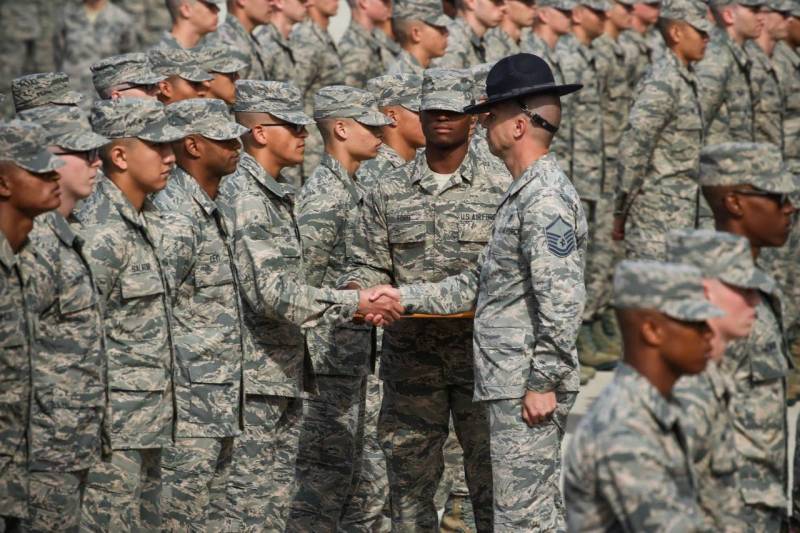 Source: eurasian-defence.ru
One of these is the Global Firepower (GFP) mentioned above, which distributes countries based on 50 factors. We must pay tribute, the specialists did a good job - the number of airports, and the total length of railways, and purchasing power parity, and the population fit for military service, and the number of units of military equipment are taken into account. And all the reserves that can be used in an all-out war when the last "unit" is involved in the conflict.

The results of last year's GFP analysis are expectedly triumphant for the United States. Out of 142 countries, Americans are number one.

By a wide margin from the rest, the US Army is pulled out by the largest fleet, and in all positions. In the first place is the number of fighters (1 copies), attack aircraft (957 copies), general purpose helicopters (783 copies), attack helicopters (5 copies) and other aircraft.

Ground forces are not so impressive. Second in number tanks (6 copies) and the first in armored vehicles (612 copies).

In general, the Americans have something to fight, and the potential in connection with supplies weapons to Ukraine, if it decreased, it was insignificant.

The human resource is also of great importance. The Americans have it, if I may say so, of the highest quality. It's all about the ubiquity of small arms in the United States, including automatic weapons.

Summing up, we can state that the total power of America can only be stopped asymmetrically, that is, by a series of nuclear strikes. As far as this is possible, it is difficult to judge. The large area of ​​the country, coupled with the population dispersed in the suburbs, makes it a difficult target.

Interestingly, the only parameter with which Americans lag behind the entire sample was external debt - an astronomical amount with 13 zeros lowered the country to 140th place out of 142. The state with the largest defense budget remains the largest debtor.

For reference: GFP analytics does not take into account the nuclear potential of states. Firstly, this is even more conditional than counting tanks, and secondly, a number of countries characterize the number of warheads in their arsenals very vaguely.

Ready to compete with the hegemon

Russia is in second place in the GFP ranking.

Our country really does not have many weak points. Of the purely military, only the absence of helicopter carriers let down the Russian Navy - otherwise, we have the second most powerful fleet. According to estimates by GFP analysts, who call themselves independent, Russian sailors are drawn by the world's second largest number of submarines, the largest fleet of minesweepers and corvettes. Even the only aircraft carrier in the whole of Russia is the third place in the world ranking in this category.

The ground forces seem to be the most equipped in the world. We have more tanks, self-propelled guns, towed guns and missile systems of various classes. It is not surprising that at a certain stage of the special operation, it was these systems that played the most important role. Western observers counted more than 12 tanks alone. The Poles (Defence24), however, downplayed the tank armada of the Russian Federation to 3,5 vehicles.

Consistently second place in the world ranking table for Russian VSK. With 4 aircraft, we are several hundred aircraft ahead of China, but more than three times behind the United States.

All this allows us to consider the Russian army the strongest in Europe. This opinion was expressed in the Swedish edition of Svenska Dagblade:

“Now Russia is at its highest alert in decades, both in terms of responsiveness and mobility, and in terms of technical capability.”

In fairness, the Swedes spoke so flatteringly about the Russian army in early February. 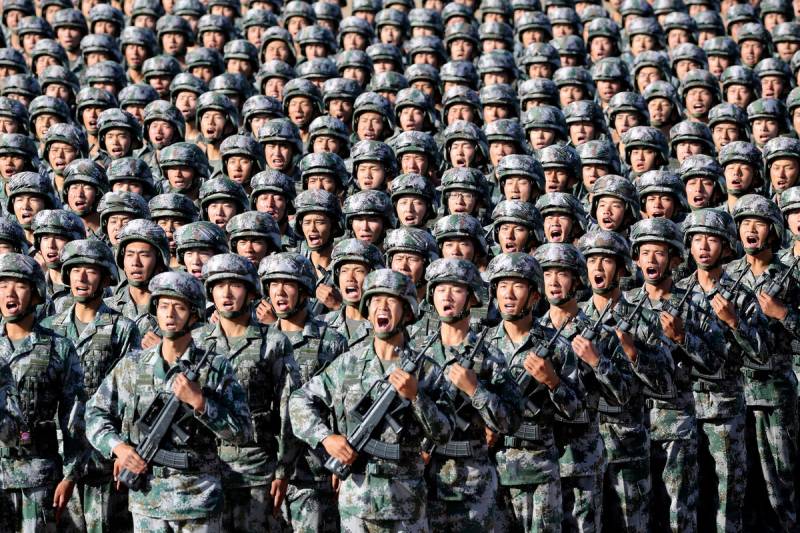 Source: cameralabs.org
Estimates of the potential of the Russian army at the end of 2022 will be the main intrigue of the future.

On the one hand, the army inevitably spends considerable resources on a special operation. And the longer this goes on, the more tangible the losses will be.

On the other hand, how critical are these losses for the second army of the world? Will they be able to undermine the potential so much that in the notorious GFP rating we will slide to third place and lower?

Several factors are at play here.

China is on our heels. Analysts from the agency reduce all parameters (remember, there are 50 assessment positions) to a certain integral number, which is closer to zero, the better. The Americans have 0,0453, Russia has 0,0501, China has 0,0511, while India, which ranks fourth, has already 0,979.

At the same time, from year to year there is a total trend to accelerate the arms race. Most countries in 2021 have become much stronger in the military sphere than in 2020. Only Iran, Germany, Poland, Thailand, North Korea and a number of other states are marking time. Dropped in the ranking of Taiwan, Vietnam, Argentina, Zimbabwe and the like.

A decrease in the ranking does not necessarily mean that these countries have become weaker armies, just the rest could grow at a faster pace. As you know, Russian industry is now moving to a military footing - most of the military-industrial complex enterprises operate around the clock. At the end of the year, this should not only compensate for losses, but also increase the number of military equipment in the army. Our country will be pulled up in world rankings and 300 thousand mobilized civilians.

In third place, slightly behind the Russian armed forces, is the People's Liberation Army of China. The military from the Celestial Empire quite seriously broke away from India (4th place), which allows us to talk about some kind of dominance in the region. The top three leaders of the PRC are the second in the world spending on defense, as well as a virtually endless human resource for a future war.

We emphasize that winning in some correspondence ratings is a so-so undertaking that changes little on the battlefield. But our ill-wishers look very carefully at such a ranking of pseudo-independent offices. And this cannot be overlooked.