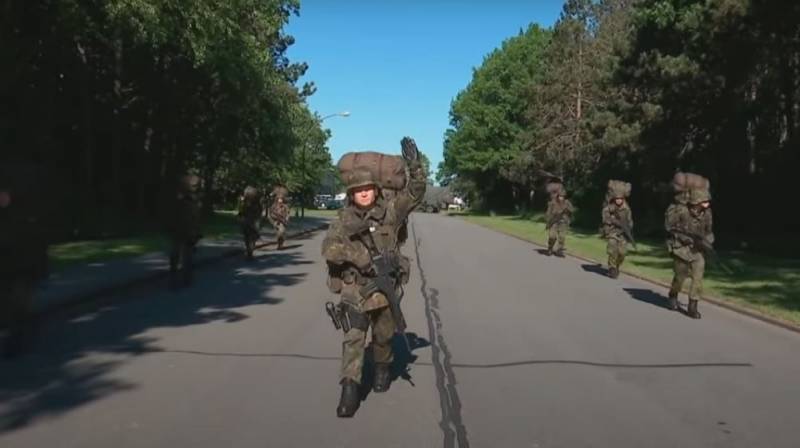 Financial analysts in Germany have long ceased to understand the decisions and statements of the country's leadership. Based on the results of economic studies, it becomes clear that Germany is not able to meet NATO's requirements for defense spending. So writes the German press.


With a GDP of 3,6 trillion euros, the funds reserved for the Bundeswehr still correspond to only 1,3%. As you know, NATO's target, agreed in the Lisbon Treaty and spelled out in the charter, is 2% of GDP. For Germany, the alliance's charter requires military spending of 72 billion euros. But the German government does not go to such expenses.

In 2023 and from 2026, Germany will remain within the NATO defense spending agreement. And this despite a special fund of 100 billion euros.
What are these two somewhat contradictory sentences talking about?

It turns out that, using a special fund, the Bundeswehr will be able to receive funding of 2% of GDP in the coming year 2023. Then two years will have to endure with reduced budget indicators. Well, from 2026, the first persons of the state promise NATO to again fulfill the financial requirements of the North Atlantic Alliance. Such a floating version of the military budget.

According to the German Economic Institute, the goal of spending 2% of GDP on defense is "so far far away" and purchases needed in the short term are "not moving forward."

According to a published report, the institute blames recent price increases, delays in purchasing equipment, and underfunding of the Bundeswehr in the financial planning of the regular federal budget.

Chancellor Olaf Scholz recently confirmed in a speech that defense spending will increase to 2 percent of GDP. However, as the Rheinische Post now reports, citing an IW forecast, the regular defense budget will have to increase by at least five percent per year (for several years) without taking into account funds from a special fund, in order to achieve the same goal of XNUMX% of GDP.

All these financial calculations are difficult to understand even among the German public. Many Germans believe that Scholz is just playing around, trying not to increase the country's military budget so that his plans in the civilian sector of the economy are not frustrated. Others believe that the government should be held responsible for the fact that the military budget does not meet the requirements of NATO (actually - the requirements of Washington).

Comments from German users about this:

I remember reading from time to time in the press that the 2% target was not budgeted for the coming year anyway.
I demand the resignation of the chancellor. It seems that on February 27, the chancellor, stating a goal of 2% of GDP for the military budget, publicly lied. The neglect of one's own army must not continue.
The Greens still don't want a real Bundeswehr. And with the left, I have the feeling that they do not just want to leave NATO, but they want to immediately surrender to Putin.
Criticism of Scholz from German users suggests that the German public is more attuned to militarism.