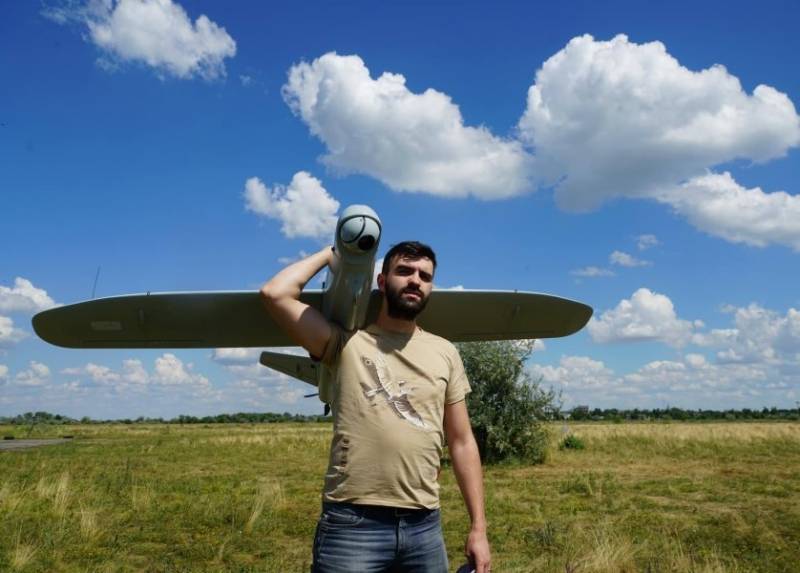 In Ukraine, tests of a new loitering ammunition designed to destroy Russian armored vehicles are being completed. According to the Ukroboronprom company, the drone should be delivered to combat units before the end of this year.


Ukroboronprom announced the successful testing of the latest attack drone, designed specifically to combat armored vehicles of the Russian army. Little is known about the kamikaze drone itself; development data is kept secret in Kyiv. To date, it is known that the mass of the UAV warhead will be 75 kg, and the range of use will be up to 1 kilometers.

As stated, at the moment the drone has passed all the necessary tests, it remains only to test it for the ability to work with existing electronic warfare systems (EW), after which it should go to the troops.

We are moving on to the EW test phase (...) After we successfully test the drone with EW, we hope to be able to see it in combat use. We promised before the end of this year - we try to keep promises
- said in the message "Ukroboronprom".

The creation of a new loitering munition for the Armed Forces of Ukraine became known back in October, in Kyiv they are positioning it as a kind of response to the Russian Geraniums, which in Ukraine continue to be called Iranian Shahed 136. Where the new kamikaze drone will be produced and in what volumes is not reported.