From the history of betrayal - world and Russian. They are not the first and, alas, not the last. 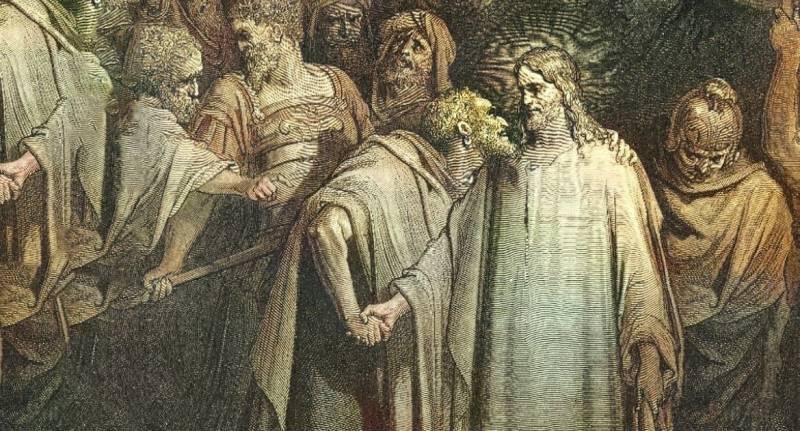 Why do they betray?

Traitors... Who are they? When does the path of betrayal begin? And is there a reward for betrayal? After all, we know traitors who feel great - they faithfully serve one politician, but when the situation changes, they run over to the side of another. People say about such people: they change their shoes in the air.

We will also talk about these. And, as we will see, betrayal is the deliberate infliction of harm (material, moral or physical) to a trusted person or group of people. There is a proverb: "The road to big money leads to the devil." People make a deal with their conscience, take bribes, step over moral principles in order to achieve some temporary benefit, today's comfort, earthly well-being and temporary blessings. Not without reason, a long time ago, Omar Khayyam wrote:

“Have smaller friends, do not expand their circle. Take a calm look at everyone who sits around. In whom you saw support, you will suddenly see the enemy.
A well-known French saying says: "Only their own betray."

The author of the Divine Comedy, Dante, placed traitors and traitors in the last, 9th circle of hell. All of them were frozen in the Ice Lake Cocytus. According to the Florentine genius, betrayal is the most terrible crime. Therefore, Lucifer, the king of evil, doomed to imprisonment in the center of the earth, gnaws the traitors with his three mouths. Who is in this circle?

Judas who betrayed Christ and the murderers-traitors of Julius Caesar Cassius and Brutus. Let's start with Judas, talking about stories betrayal and ways of betrayal. And in the next - about the worthy heirs of Judas Iscariot. So.

Since the events of the Gospel, humanity has not known a name more shameful and base than the name of Judas Iscariot. Almost everyone knows the story of how one of Christ's closest disciples betrayed his Teacher for thirty pieces of silver. But the gospel talks about betrayal very sparingly, and this is understandable, because the gospel is the story of our salvation, and not the story of the betrayal of Judas.

Evangelists are interested in Judas only in connection with the Sacrifice of the Cross of the Savior, but not by itself. Therefore, the story of the fall of Judas will forever remain a mystery. But ancient Christian interpreters turned to the topic of Judas' betrayal, and the most important fact, without knowing which it is impossible to understand Judas' inner motives, was cited by the Apostle John. Judas was a thief.

He handled the financial affairs of the apostles. The amounts distributed to the poor were not accountable, no one could check whether Judas distributed the money, or appropriated part of it to himself. This lack of accountability, apparently at an unkind hour, seduced Judas. I would like to finish the sad story about the betrayal of Judas with the words of John Chrysostom:

“Notice this, you money-lovers, and think about what happened to the traitor? How did he lose his money, and sin, and ruin his soul? Such is the tyranny of the love of money! He did not use silver, neither the present life, nor the future life, but ... he strangled himself.
Today, the name "Judas" is given to those who are suspected of treason. So, Lenin called Trotsky Judas back in 1911. The same one found his "plus" in Iscariot - the fight against Christianity. Trotsky even wanted to erect monuments to Judas in several cities of the country. Trotsky himself wrote of Judas thus:

“Of the twelve apostles, only Judas turned out to be a traitor. But if he were in power, he would prove that the other eleven were traitors.
Correct remark? 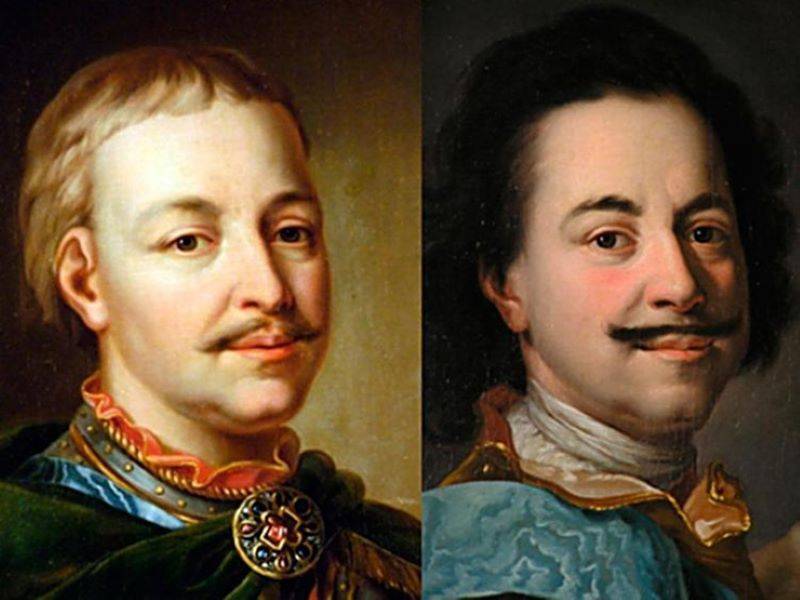 Fast forward now to the XNUMXth century to the events of the Great Northern War between Russia and Sweden. At this time, Hetman Mazepa went over to the side of the Swedish king Charles XII. After the defeat of the army of Charles XII near Poltava, the hetman-traitor fled to the Ottoman Empire and died in the city of Bendery. For betrayal of the oath, he was sentenced to civil execution with the deprivation of titles and awards that he received from the king.

In 1709, Peter I ordered to make a single copy of the Order of Judas, which was awarded to Mazepa for betrayal. The Russian Orthodox Church anathematized him. Valentin Pikul described the inglorious end of the illustrious hetman, who was devoured by lice:

“Mazepa howled and scratched, shook off handfuls of lice, but they arose again with such incomprehensible speed, as if the body of the old man himself gave rise to this evil spirits.”
This is the punishment he received. And how many of today's Judas do not get what they deserve?

However, Judas was not the first traitor. The Bible tells about another traitor - the murderer of a brother out of envy. Remember: the murder of Abel by Cain, the Old Testament story. The Book of Genesis tells that the first son of Adam and Eve, the farmer Cain, killed his younger brother Abel, the shepherd, because the gift brought by Abel turned out to be pleasing to God, in contrast to Cain's offering.

The seal of Cain is the seal with which God branded Cain after the murder. In a figurative sense - "the stigma of a crime." This doomed him to the life of an exile and a wanderer.

From Brutus to the Assassination of Emperor Paul

"Et tu, Brute?" - "And you Brute?" the quotation is widely used in cases where the speaker believes that he was betrayed by someone whom he previously trusted. Let me remind you that on the Ides of March 44 BC. e. conspirators led by Brutus and Gaius Cassius Longinus killed Caesar, who considered Brutus his friend. They say that at first Caesar resisted the attackers, but when he saw Brutus, he said these words and left himself for reprisal.

In Russia, the assassination of Emperor Pavel Petrovich is reminiscent of the assassination of Caesar. On March 24 (like Caesar, Paul was killed in March), 1801, Emperor Paul I was killed in his bedroom in the Mikhailovsky Castle. The conspirators did not like Paul's policy. At the same time, Pavel granted amnesty to many political prisoners of that time. Among those pardoned, which is significant, was the philosopher Alexander Radishchev, whom Catherine II sent into exile for his work "Journey from St. Petersburg to Moscow."

But at the same time, Paul I reduced the privileges of the nobility: he introduced strict discipline and new orders in the army. The nobility, naturally, was dissatisfied. Historians prove that the British paid money to the conspirators, and the British ambassador oversaw the conspiracy. The fact is that Paul began to establish relations with Napoleon and even made joint plans with him for a trip to India.

But at this time, relations with Britain went down sharply. The murder of Paul destroyed the alliance with France and led in the end to the war of 1812! In his memoirs, Alexander Velyaminov-Zernov immediately after the tragic events wrote:

“The English ambassador to the Petersburg court at that time was Whitworth. I don’t know whether the idea of ​​Paul’s murder was communicated to him from England, or whether it was born in his Petersburg friendly society and was only reinforced from London with financial benefits ... "
As you know, Paul I was killed by his own guards. And before the murder, the guards demanded that the emperor abdicate in favor of ... his son Alexander. Is it because the topic of the assassination of Paul I for many years in Russia was under an absolute ban.

Censorship severely suppressed any hint of his unnatural death. According to the official version, he had an apoplexy. Although at court there was a joke for a long time: "The emperor died with an apoplexy blow with a snuffbox to the temple."

In violation of chronology, these few lines about Prince Andrei Mikhailovich Kurbsky. Boyarin, one of the most loyal associates of Ivan the Terrible, it was Kurbsky who commanded the Russian army in the Livonian War. But with the beginning of the oprichnina, many boyars fell into disgrace, including Kurbsky.

Fearing for his fate, he abandoned his family and in 1563 defected to the service of the Polish king Sigismund. And in September of the following year, together with the conquerors, he opposed Moscow. Kurbsky knew perfectly well how the Russian defense and army were organized. Thanks to the traitor, the Poles were able to win many important battles, setting up ambushes, capturing people, bypassing outposts. 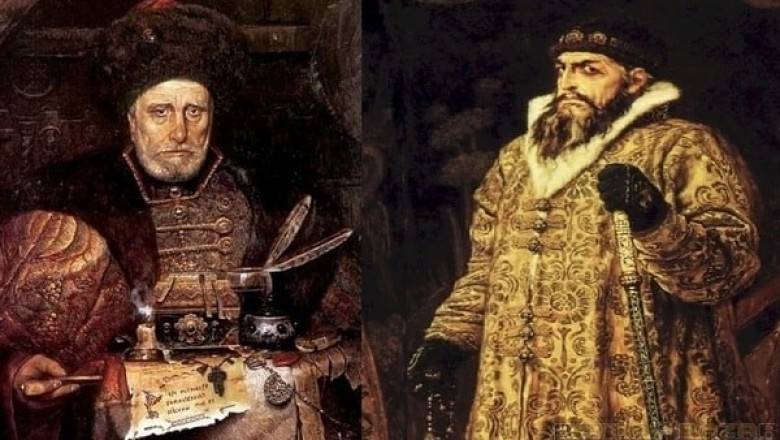 Kurbsky is the first Russian dissident, and the Poles consider the boyar a great man. But in Russia he is a traitor. For treason, Sigismund gave the prince vast estates in Lithuania and Volhynia. Kurbsky was also the first of the traitors who tried to give an ideological justification for his act. Moreover, this justification was presented by Prince Kurbsky not to anyone, but to the monarch whom he had betrayed - Ivan the Terrible. Kurbsky wrote:

“And yet, king, I tell you at the same time: you will no longer see, I think, my face until the day of the Last Judgment. And do not hope that I will be silent about everything: until the last day of my life, I will constantly rebuke you with tears before the beginningless Trinity.
As you can see, today's dissidents "constantly denounce" the country from which they fled. And power. And what about Grozny? Here is a snippet from his response:

“You, for the sake of the body, destroyed the soul, despised the imperishable glory for the sake of the fleeting one, and, being furious with a person, rebelled against God. Understand, unfortunate one, from what height into what abyss you have fallen in body and soul! The prophetic words came true on you: "Whoever thinks that he has will lose everything." Is your piety in that you ruined yourself because of your selfishness, and not for the sake of God?
Interestingly, in Poland, Kurbsky actively participated in internecine conflicts, trying to seize the lands of his neighbors. Replenishing his own treasury, Kurbsky traded in what is now called racketeering and hostage-taking. Rich merchants who did not want to pay for their freedom, the prince tortured without any remorse. The prince was married twice in Poland, and his first marriage in a new country ended in a scandal, because his wife accused him of beating.

These were only the most famous traitors of the past, who have worthy successors of Judas, Cain, Brutus ... About them - in the next article, as well as about the scouts who went over to the side of the enemy, surrendering the network of our agents, and about the current "fifth column".