Day of the beginning of the Soviet counteroffensive near Moscow 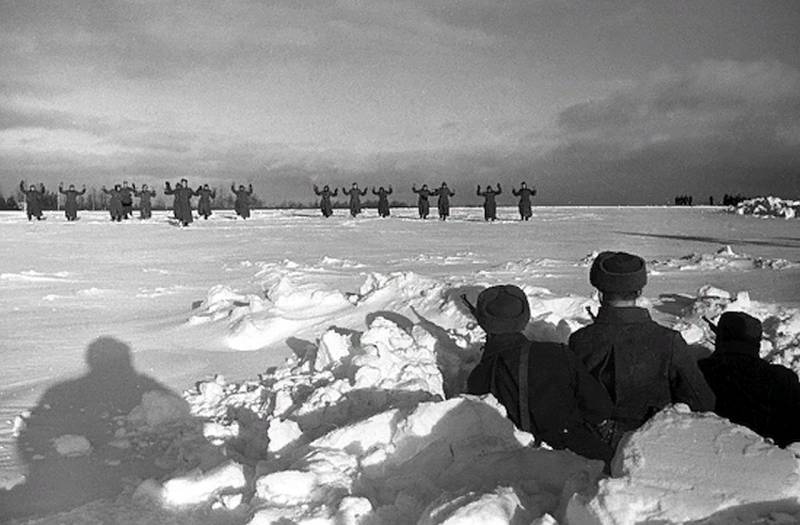 The battle for Moscow is divided into two stages. The first, defensive, lasted from September 30 to December 5, 1941. During the implementation of the strategic plan for the defense of the capital of the USSR, the Oryol-Bryansk, Vyazemskaya, Mozhaisk-Maloyaroslavetskaya, Kalininskaya, Tula, Klinsko-Solnechnogorsk and Naro-Fominsk front-line operations were carried out.


Despite the successes of the summer campaign, the fascist German army failed to achieve the main goal of the blitzkrieg - to defeat the Soviet troops before the onset of winter. Germany faced the inevitability of a protracted war with the USSR, which was not part of the original plans of Hitler, inspired by the rapid conquest of half of Europe.

After the offensive of the German army on Moscow was stopped, the second stage of the implementation of the strategic plan of the Headquarters of the Supreme Commander-in-Chief began - the transition from defense to counteroffensive with the subsequent development of an offensive initiative.

On December 1941, 100, the Red Army launched a decisive counteroffensive along the entire front line and, as a result of a series of successful front-line operations, drove the enemy back 150-XNUMX kilometers from Moscow. By this time, our army already numbered more than a million people, armored forces were significantly replenished, aviation and artillery.

By the time the counter-offensive began on the front line near Moscow, the military formations of the Red Army had a significant advantage over the opposing Army Group Center in aircraft from the Wehrmacht. By the number of bayonets, artillery and tanks the Germans had a slight advantage. But at the same time, it should be taken into account that the supply lines of the German army were much more stretched than the rear logistics of the Soviet troops.

In addition, in order to prevent the strengthening of the Army Group "Center" due to the transfer of reinforcements of the Army Groups "North" and "South", a number of successful offensive operations were carried out by the Soviet troops in November.

The enemy was not only stopped, but also driven back on the outskirts of the capital of our Motherland, for the first time after several months of continuous offensive by the Wehrmacht forces. It was a victory, albeit not a very large-scale one in terms of the entire military campaign, but very significant for every soldier of the Red Army and all other residents of the country. In Europe, occupied by the rapid march of the German army, the rest of the states began to realize that the seemingly invincible military machine of the Wehrmacht, in fact, is not.

Three days after the start of the offensive of the Red Army near Moscow, Hitler was forced to sign Directive No. 39 on the transition of German troops to the defense on the entire Soviet-German front. But even the day before, the Fuhrer announced the imminent capture of the capital of the USSR and even set a date for the parade of German troops on Red Square.

Today, when the Russian army is again conducting military operations not only to protect the inhabitants of our country, but also fights Nazism resurgent in the West, the distant events of the beginning of the winter of 1941 are perceived as relevant as never before. If, after so many defeats, leaving huge territories, the soldiers of the Red Army did not lose their fighting spirit and confidence in victory, managed to stop and throw the enemy from the walls of the ancient capital of our great state, and then reached Berlin on a victorious march, then even now the great Russian soldiers must and will be able to win.