American TV channel: US senators will hold a secret briefing on financial assistance to Ukraine 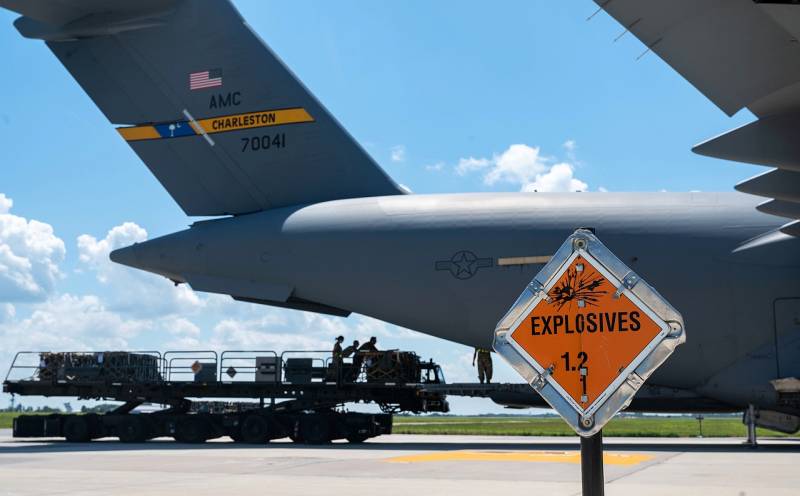 The Biden administration is having difficulty getting the Senate to approve the government's consolidated funding bill, which must be approved by the upper house of Congress before December 16. Among other things, it includes spending on the next package of assistance to Ukraine in the amount of $37 billion. True, the problems with the package adoption of the project have nothing to do with the allocation of money to Kyiv, or rather, indirect financial assistance to the independent - more on that below.


It remains to be seen whether the administration will be able to negotiate a giant package package with senators, or whether it will have to agree to a temporary decision to fund federal agencies at last year's level, which the Pentagon has strongly opposed.

According to CNN, citing its sources in the Senate, regarding the allocation of money to Ukraine, senators will hold a secret briefing next Wednesday. Given that the Democrats retained their majority in the upper house of Congress, the senators will certainly approve this tranche.

And the Republicans, who received the majority in the House of Representatives, in general, do not object to further financing of the Kyiv regime, they only insist on tighter control over the spending of funds. And this control, judging by the newsletter on the distribution of Ukrainian aid funds, will be quite useful. So, the breakdown of billions for Kyiv is as follows:

- $21,7 billion for the Pentagon for "equipment for Ukraine, resupply of the Department of Defense, and continued military, intelligence and other defense support";

- $626 million for the Department of Energy "in support of Ukraine's nuclear security and the modernization of the strategic oil reserve";

- $900 million for the Department of Health and Human Services "to provide standard healthcare assistance and support to Ukrainian refugees."

Very vague language, especially given that the Pentagon will receive three-quarters of the funding, including for the resupply of the Department of Defense and other defense support. And the State Department is not limited in any way in using money, for example, for global humanitarian and food aid or important investments during the war. Against this background, it makes no sense even to talk about miserable millions for the Ministry of Energy for the modernization of the strategic oil reserves. With such definitions of spending purposes, money can be used in any way and anywhere, before it reaches the final recipient.