Russians and ... third countries will be to blame for World War III 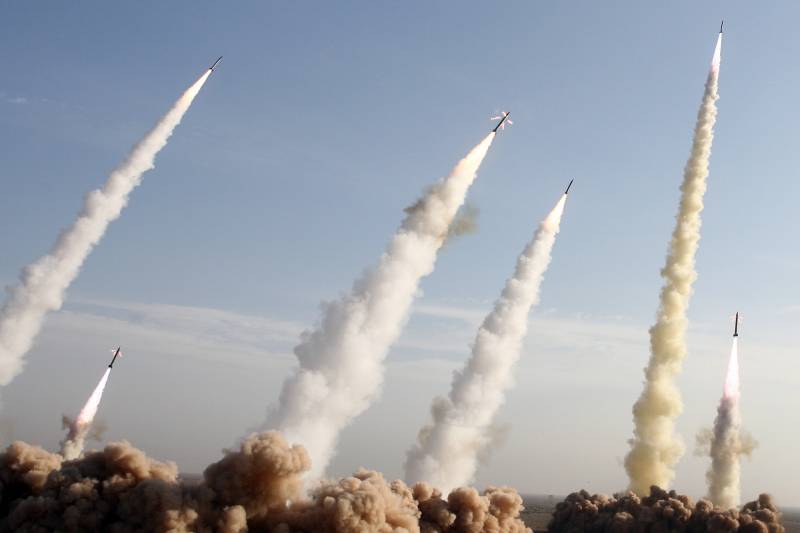 Somehow it turns out strange. You start writing about something important, but not so much that the material grows into a whole series of articles, and suddenly the topic itself begins to push you to continue. Most recently, I wrote about possible options for a winter campaign in Ukraine, about the possibilities of the West to increase or at least maintain the number of deliveries of military equipment and weapons.


Today, a completely different topic suddenly appeared, directly related to supplies to Ukraine, but visually standing aside, as it were. This topic is not new, but this does not lose its relevance. Will there be a global war between the West and Russia?

That is, the question of a third world war remains open. True, in the Western media this is called a slightly different word - escalation. But this is understandable. The Western man is afraid of war. How we fear her. Europe has too often been the scene of world wars.

If we talk about the third world war as a very real, and at this stage - the most likely continuation of the conflict on the territory of Ukraine, the reaction of the population can be quite radical, dangerous for the government. Today, we see very well that the West, in particular the United States, is blocking all other possibilities for ending the war.

One slogan for both sides

If you carefully read the materials in the media that express the official point of view, a rather interesting picture emerges. The Russian media continue to talk about the same tasks that they wrote about at the beginning of the NWO. Yes, tactical tasks are changing, the situation at the front is changing, but the strategic line is not changing.

Western media are doing about the same thing. They convince not only Ukrainians, but also citizens of Western countries that Russia is about to fall apart, that the soldiers will revolt tomorrow or the day after tomorrow, that the Russians have no weapons and ammunition left. I don’t want to list all this arsenal of “brain powder”. You see everything yourself.

But the main thing is that both sides confidently speak and write about only one thing. "We will win!". Other options are simply not considered. I have written many times about my position on this issue. I really believe that we simply have no other option.

There are quite a lot of people with the same position on the other side. Simply because we understand that today the war is not for territories, not for natural resources, not even for people. Today, the whole system of international relations, which dominated the world for three decades, is being demolished. Systems of domination of one country.

The result of such a confrontation is quite predictable. One of the sides should just disappear. Either Russia as an independent country, and this is exactly how radically it is planned, or the United States as a world master, dictating conditions to the whole world.

And for Russia, I used the "easy" option for ending the war. In the Western media, we have already been divided into some kind of stumps. Instead of Russia, several small states are published on Western maps at once, which will be an appendage of the West. Such a peculiar continuation of Alaska to the Ural Mountains.

The statements of the American President and his European colleagues are very indicative in this regard. Russian Foreign Minister Sergei Lavrov and other officials from the Russian government have said more than a dozen times that we do not need negotiations, but we are ready to discuss the Ukrainian issue at any level.

The West, on the other hand, ignores these statements point-blank and, with the tenacity of a rhinoceros, tells the world what conditions Moscow must fulfill in order for the West to agree to negotiations. Paradox? No, quite predictable actions. The townsfolk must be sure that Russia is on the verge of defeat, and they can dictate their terms to it.

What condition does the global West set? Very simple, but impossible in principle. Russia must withdraw its troops from the territory of Ukraine. From all over the territory that was once called Ukraine! Including Crimea, Donbass, Kherson and Zaporozhye regions. That is, those territories that, according to the Constitution of Russia, are part of our state.

Will we do this for the sake of ending the war? Will not go. This option is possible only in one case - in the case of the complete defeat of our army and the signing of capitulation by Moscow. Is such an option possible? Let me remind you the words of the President of Russia about a world without Russia...

The West offers no other options for starting negotiations. It does not offer precisely because such options will entail the demolition of precisely the system of international relations that still exists. That is why I argue that a global war is at the moment the only realistically possible scenario.

For the world war, but without the participation of the leading countries of the West

Again, I repeatedly wrote that neither Europe nor the United States are ready and do not want to participate in another massacre. They are quite satisfied with the "meat grinder" in Eastern Europe. Let the Slavs destroy each other. I mean not only Russia and Ukraine. There are enough Slavic peoples in Eastern Europe.

Yes, and there are enough former Soviets from the "socialist camp". It is no secret that soldiers of the regular army of Poland, Romania and some of our other former "friends" are fighting quite legally in Ukraine today. Yes, as part of a PMC, but read the reports about the funeral of such fighters. Very interesting biographies...

If you look at the "visible part of the iceberg", then the task of unleashing a global war without the participation of the main players is impossible. It looks ridiculous, for example, an attack on Russia by some Baltic microcountry or even Poland. Without the help of the entire NATO, this is a gamble. And help means the entry into the war of all the main players.

But, as always happens, the underwater part of this very iceberg looks much more interesting. Let's look at what Zelensky and his faithful henchman Kuleba have been talking about for quite a long time at all meetings and summits of NATO and other organizations where they are invited? The main theme of the speeches is quite simple - "Give ...".

And give not just weapons and ammunition, but the most modern and advanced weapons. Kyiv is no longer interested in Soviet weapons. Firstly, modern designs are more efficient. Secondly, there are almost no ammunition left for such weapons in Europe and the United States today, and what is located somewhere else, for example in Africa, is in such a state that it is simply not safe to use them.

The change in the quality of the personnel of the Ukrainian Armed Forces also plays its role. Terodefense brigades, those same “pensioner-disabled” units that theoretically could use Soviet weapons, and with which they simply plug holes at the front, are practically not trained. And it is simply impossible to keep the knowledge gained while still in the service in the Soviet army without re-training.

Quite a reasonable approach: multiple launch rocket systems, such as M270 MRLS (MARS II) and M142 HIMARS, have long been in the Ukrainian Armed Forces. There are installations, there are trained crews. The presence of long-range missiles will make it possible to shoot through the entire strategic rear of the Russian army.

And again the question arises of how it can be done so that both missiles are delivered and the danger of retaliatory actions from Russia is avoided. And this is where the dog is buried. The West is considering the same supply option that went through with other weapons, that is, the use of third countries!

It is known that a fairly large number of countries have such missiles. For example, Romania and Turkey have such missiles. Why not privately supply rockets to Kyiv for a good price? Obligation not to transfer weapons to third countries in the contract? So it is quite possible to remove this item in the working order. Especially when rocket manufacturers ask for a favor...

And then, who said that countries can only be "third"? Why not the "fourth", "fifth", "sixth" ... Why, for example, Moldova cannot transfer such missiles to the Armed Forces of Ukraine? Take it from the Romanians and transfer it to Ukraine... Again, if the producing country does not mind.

The Russians will never carry out their threats

Alas, arms deliveries will continue. Firstly, Ukraine badly needs not only long-range missiles, but also air defense systems, tanks, cannon artillery. Today there is not a single point on which Kyiv could say that there are no problems with these deliveries.

The fact that Russia can respond and strike at arms suppliers is not even discussed in the Western press. The West is sure that all Russian threats are a bluff. Alas, such an opinion was formed not due to Western propaganda, but because of the actions of our leadership. We threatened too much, and too often it ended in nothing.

Any of our ultimatums always have several solutions. Starting from threats of the use of military force and ending with gas supplies to the EU. I'm wondering why it turns out that any problem with the West, be it economics, diplomacy, defense or anything else, always comes to a boiling point? Why is the West sure that we are bluffing again?

I don't know if the West will go ahead with the plan to supply weapons through third countries. The issue is currently being discussed. As far as I know, traditionally, such supplies are supported by those countries whose lives are directly dependent on Western investment. The same Baltic states have repeatedly spoken out in favor of such deliveries.

But most of the countries of the alliance are silent so far. They are silent simply because Washington is silent. It seems to me that the US decision will very much depend on how the situation at the front develops. At least the Americans have already begun to suspect something about the brave reports about the victories of the Armed Forces of Ukraine from Kyiv ...

So, in order to change the attitude of the West towards ourselves, we need to win. We need to show our strength and power. Otherwise, all the talk about red lines is just an empty phrase...