Today in Russia is a mournful and solemn date: the Day of the Unknown Soldier 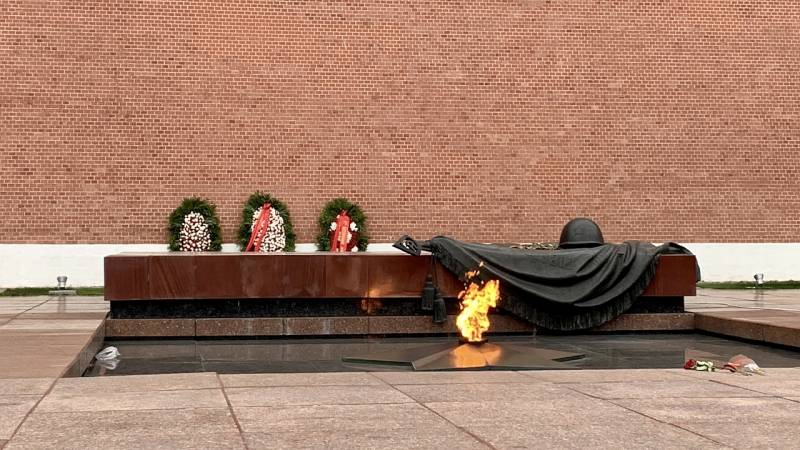 Today in Russia is a memorable date, one of the most important for everyone who honors the exploits of our soldiers. Celebrating the Day of the Unknown Soldier in memory of the Soviet and Russian soldiers who died in combat operations on the territory of the country and abroad, officially began in 2014. Of all military dates, this one, perhaps, most of all corresponds to the lines from Olga Bergholz's poem: "No one is forgotten and nothing is forgotten." Even in the case when the names of the fallen heroes are unknown.


The day of December 3 was not chosen by chance. In 1966, on this very day, in commemoration of the 25th anniversary of the defeat of German troops near Moscow, the ashes of an unknown soldier were transferred from a mass grave on the 41st kilometer of the Leningradskoye Highway. The remains of a Soviet soldier who died in the winter of 1941 during the defense of Kryukovo were solemnly buried near the walls of the Moscow Kremlin in the Alexander Garden.

Today, the architectural ensemble "Tomb of the Unknown Soldier" remains one of the most recognizable monuments of Moscow and Russia. Even after 50 years, this memorial has not lost its relevance and significance for stories countries. By order of Russian President Vladimir Putin in 2009, the memorial was included in the list of especially valuable objects of cultural heritage of the peoples of Russia.

To commemorate the memory of the fallen heroes, wreath-laying ceremonies are held on this day at mass graves and memorials to fallen soldiers, lessons of courage are held in educational institutions. By tradition, the cadets are on guard of honor at the walls of the Victory Museum. The guard is changed every 20 minutes, and during the ceremony, flowers are solemnly laid at the Eternal Flame. Memorial events, excursions dedicated to the history of the Great Patriotic War, as well as festive concerts are held on the Day of the Unknown Soldier.

The Soviet Union suffered enormous losses during the Great Patriotic War. Many who died on the battlefields, both on the territory of our state and during the liberation of European countries, are listed as missing. After the end of the war in Europe liberated from the Nazis, many memorials and mass graves dedicated to the exploits of the Unknown Soldier were created. Unfortunately, now, in an attempt to rewrite history, Western politicians and the Russophobic part of the population of these states are doing everything to destroy the symbols of the great victory of the Red Army over world evil.

In Russia, the attitude towards the dead soldiers has remained unchanged for centuries. Every year, dozens of search teams conduct excavations in the battlefields of the last war, find the remains of dead heroes and, if possible, identify them, inform relatives and help in reburial. Those soldiers and officers whose names cannot be established are interred with honors in mass graves. This is the memory of the Unknown Soldier, who personifies the entire collective image of the Russian warrior - the winner, the great patriot and the fighter against world evil.

Great honor and memory to the fallen heroes! We remember everyone and are proud of you.