The creators of "Thor" are preparing a personnel reserve 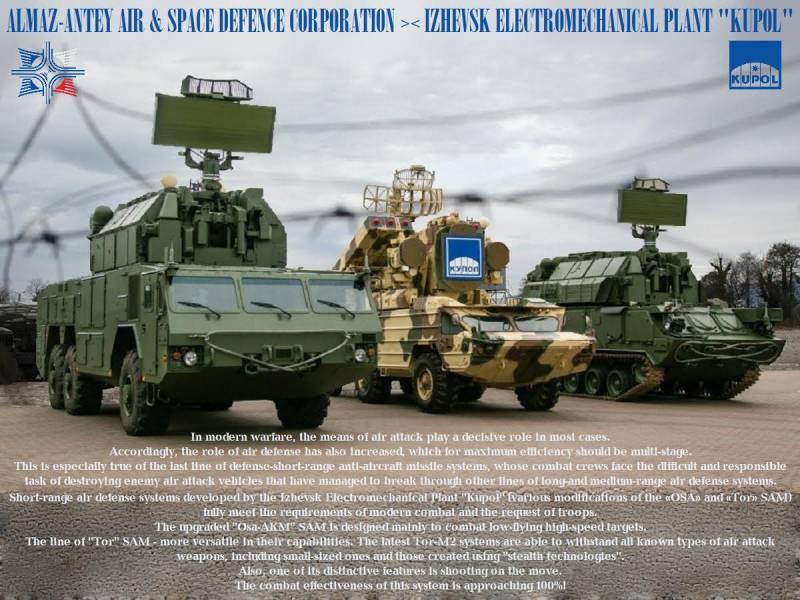 Today, when Russia defends its geopolitical interests, freeing the Donbass from the Russophobic forces of the collective West, air defense systems and complexes acquire their special significance.

And that is why the Tor family complexes, designed and built at the Izhevsk Electromechanical Plant Kupol, and deservedly considered the best in the world in their class, are becoming a key element of the air defense of the Russian group fighting in the Donbass.

Over the years of its existence, Thor has been modernized several times.

Today, complexes of this family of air defense systems created at the Kupol can hit almost all types of targets in their range of altitudes and ranges - from small targets to missiles moving along a ballistic trajectory.

Izhevsk gunsmiths, at the same time, do not stop there, and continue to improve their best product, increasing its technical and intellectual capabilities.

Izhevsk even hosts the Torah Day, which gathers on its site current and future participants in the process of creating an anti-aircraft missile system - for example, teachers and students of the Technical University, including "targets" from the Kupol plant (today there are more than 200 of them in IzhSTU human).

During the Torah Day, the organizers not only inform the students of the university about the current state of affairs at the Dome. Here they are working on the formation of a personnel reserve of the enterprise.

It is clear that in order to create modern air defense systems and science-intensive civilian products, trained specialists are needed. And the "Dome" for the Izhevsk youth is, in a sense, a synonym for unique opportunities:

“The enterprise already today produces the widest range of short-range air defense systems in the world. At the same time, it conducts more than 50 global research and development projects. Behind each - improved characteristics of technology and new products that are unique by world standards. The scientific and technical activity of the plant is such that we have not "fit" within the boundaries of Izhevsk for a long time. Research centers and engineering divisions of IEMZ "Kupol" are created in the regions where the competencies necessary for the enterprise are concentrated. Working at Kupol, you can work in Izhevsk, as well as in Moscow and St. Petersburg, in Mytishchi and Kazan, ”says Igor Krasnov, Deputy General Director of the plant for general issues and personnel.

Indeed, attracting young professionals is an important part of the personnel policy of IEMZ "Kupol".