Works on the installation of the dome over the 3rd power unit of the Indian nuclear power plant Kudankulam, which are being carried out with the participation of Rosatom, have been completed 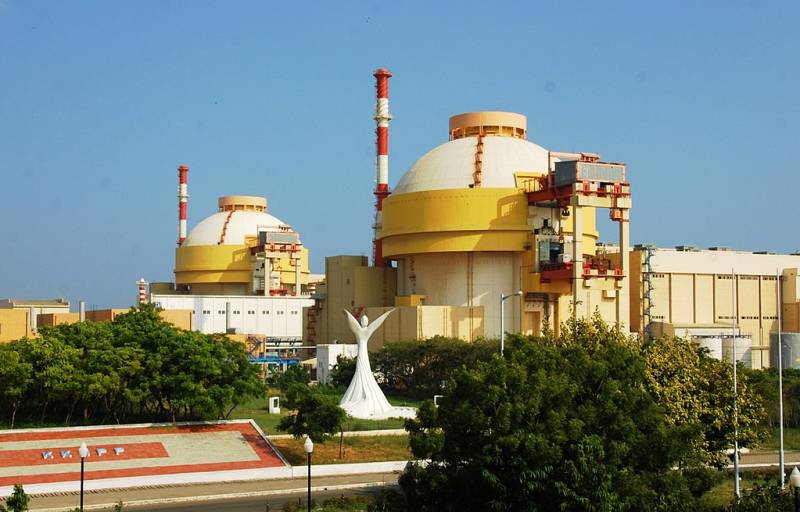 The lower and upper parts of the 281-ton dome of the 3rd power unit of the Indian nuclear power plant Kudankulam were pre-assembled at the plant, and only after that it was raised to a 62-meter height. Recently, the dome was erected with a Liebherr LR 11350 high-capacity crane, which took about one hour and fifteen minutes.


As noted in the Russian "Rosatom", thanks to the pre-assembly of the dome, it was possible to significantly save time during construction and installation work by almost a month.

We share not only our own experience and technologies with our partners, but we also train them, fulfilling all our obligations under the project. All this gives us confidence in the quality of the services and products we provide, building trusting partnerships and, at the same time, remaining a world leader in the field of nuclear energy.
Andrey Lebedev, vice-president of the engineering division of the state corporation Rosatom, emphasized.

The Kudankulam nuclear power plant, located in the Tirunelveli district of Tamil Nadu in India, is a joint nuclear power project between India and Russia. Its construction began in 1998. At the moment, the Indian State Atomic Energy Corporation is working on the construction of water-cooled power reactors. The rated electric power of each of them is 1000 MW. Completion of Units 3 and 4 is expected to take place in 2023. Commissioning of the 1st and 2nd power units took place in December 2014 and April 2017, respectively.