November 2, 2012
53
In the first months of 2012, messages began to appear on the completion of the "long-term construction" of the Russian naval fleet. It was reported that in the fall the Navy will include the nuclear submarine Yuri Dolgoruky (project 955 Borey), shortly afterwards the second ship of the same project Alexander Nevsky will be handed over to the sailors, and then the multipurpose nuclear submarine Severodvinsk will leave for the Pacific Fleet. Time passed, autumn came, but the submarines were not accepted into the fleet. Moreover, in the last days of the month of October, it wasn’t quite pleasant news. For several reasons, the Ministry of Defense intends to move the deadlines for accepting the head boat of the 955 project by several months. The same applies to the “Alexander Nevsky” and the first ship of the 855 project - the nuclear submarine “Severodvinsk”. The postponement of the adoption of the boats in operation cause a lot of questions. 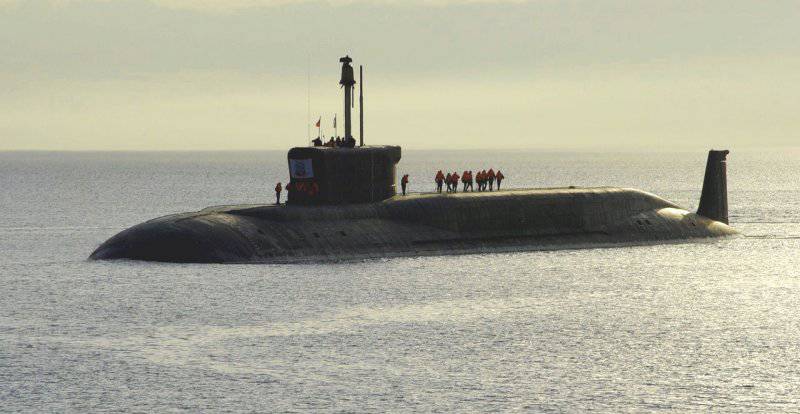 Today, November 2 2012, marks the 16 anniversary of the bookmark of Yuri Dolgoruky. Frankly, this figure is not encouraging: before the ships were built much faster and there were no such "records". Nevertheless, the head "Borey" has been on probation for almost three and a half years. On the one hand, the completion of construction looks quite optimistic, but on the other hand, the testing process usually takes much less time. It is quite obvious that a long period, which has passed since the beginning of construction, has some grounds, and this is most likely a complex of several reasons at once. Let's try to understand them.

Until recently, the main reason for the constant delay in the adoption of the submarine "Yuri Dolgoruky" called problems with armament. Originally, Borei was planned to be equipped with Bark ballistic missiles. However, the development of this weapons came in the nineties, which clearly did not contribute to its successful end. The financial capabilities of the country did not allow not only to bring "Bark", but even to conduct full-fledged tests. Due to project failures, the development of a lighter Bulava P-30 rocket was launched. A number of innovations in the design of the new rocket also did not accelerate the development and testing, but by the end of 2011, the creation and testing was completed. At the beginning of 2012, it was officially announced that the Bulava would go into service with the Russian Navy for several months. Thus, the problem of weapons for "Boreev" in general and "Yuri Dolgoruky" in particular has been resolved.

The second argument in disputes about the timing of construction and delivery concerns the financial situation. As already mentioned, the first "Borey" was laid in 1996 year. At that time, the country's economy was in a terrible state, but the Ministry of Defense was looking for at least some amount, even if insufficient, to build a new ship. The increase in construction financing to acceptable volumes began at the beginning of the two thousandth, and payment in the required quantities began only in 2004-2005. Thus, most of the work on the construction of "Yuri Dolgoruky" was carried out not in sixteen years, but in just five or six. Moreover, the increase in funding did not affect the existence of problems: just economic hiccups were replaced by the creation of weapons. In the context of the dependence of the construction period on the amount of funding should be considered history submarine "Alexander Nevsky." A little more than seven years passed between the laying and the beginning of the tests of this submarine. For "Yuri Dolgoruky" this period is a little less than 13 years. Six years of difference clearly demonstrate the need for timely and full funding of any defense construction.

Another reason for the delay relates to the construction of infrastructure for new submarines. "Yuri Dolgoruky" and "Alexander Nevsky" should go to serve at the base in Vilyuchinsk. In this regard, the command of the Russian fleet decided to upgrade the coastal facilities and infrastructure base. Judging by the fact that once again it was necessary to shift the deadlines for accepting the Yuriy Dolgoruky, the work on updating the base is still going on and at the moment Vilyuchinsk simply cannot accept the new submarine. At the same time, delays in work on Kamchatka lead to an increase in costs - while the boat is standing near the wall of Severodvinsk "Sevmash", the military has to pay the company for its service about two million rubles a month. Of course, it is tens of thousands of times less than the cost of the submarine itself, but this money is not superfluous. It is noteworthy that the multi-purpose boat “Severodvinsk”, the delivery of which is also postponed to the next year, like the “first two Boreas”, will serve as part of the Pacific Fleet. Thus, due to problems with the provision of the necessary infrastructure, three new submarines cannot yet go to the duty station.

The reasons for the delays listed above are somehow related to official information. At the same time there are other versions that have not received official confirmation. You can immediately remove from consideration the numerous statements of hysterical nature, telling about the total backwardness of domestic shipbuilding, the excessive cost of living and the general uselessness of new submarines. These statements are based on emotions and, in part, on political moments, and not on facts and logic, so attention is not worth it. More interesting and logical are the versions about the insufficient communication of the Boreev main weapon - the P-30 Bulava rocket. In favor of these conjectures, the fact is given that ten months have already passed since the last successful launch, during tests, it was repeatedly mentioned that the missile was accepted for service, but the latter has not happened yet. As counterargument, you can bring delays in commissioning the Severodvinsk submarine, which, as in the case of Boreyev, is more dependent on the availability of coastal infrastructure. It is quite obvious that the submarines of the 885 project do not need ballistic missiles, but still the head submarine cannot yet be accepted into the fleet. Probably, the military want to take the Bulava into service simultaneously with the commissioning of the Yuri Dolgoruky. In this case, the rocket also becomes a “victim” of slow construction work.

It is possible that the constant change in the timing is also due to the need to continue fine-tuning the onboard electronics of submarines, including the new system of remote automatic control of the general ship systems of the SDAU USK Molybden, developed by the NPO Aurora. Previously, various problems of this complex were repeatedly reported, but it was unlikely that they would have to be regularly changed in terms of only a few months to eliminate them. Of course, the creation and testing of a new digital control system is far from simple and all the time costs will pay off. But to date, the Molybdenum development company has had enough time for all inspections, modifications, etc.

As we see, several factors affect the timing of delivery of the new fleet to the fleet, and each of them may be the main cause of troubles over time. At the same time, it must be admitted that there is a clear tendency to accelerate production. It is most pronounced when considering the "Yuri Dolgoruky" and "Alexander Nevsky." The second submarine was built almost twice as fast as the head ship of the project. From some sources, it follows that in the future the submarine missile carriers of the 955 project will be built in six years, but a slight decrease in this period is possible, due to the improvement of technological processes. It is also impossible not to admit the obvious fact: the transfer of delivery of new boats to the fleet for the next year, despite ambiguous interpretations of the press in the style “in a year”, leaves little doubt about the possibility of putting the ships into operation soon and it is hardly worth waiting for new messages about the next transfer.