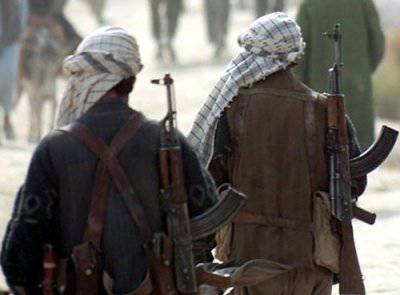 I. ETIM and ETESA


On Monday, the Chinese authorities requested to the entire international community, urging it to show “high vigilance” and at the same time intensify cooperation in the fight against terrorism. The reason for such an ardent statement was the actions of Uygur Islamist militants in the north-west of Xinjiang Province, where they clashed with government forces.

Information on the clash in Xinjiang was confirmed by the official representative of the Ministry of Foreign Affairs of the PRC, Hong Lei, who stated that the militants were in "collusion" with international terrorist groups. He did not name “al Qaeda” directly, but said among other things:

“This not only seriously undermines China’s national security, but also creates threats to other countries of the world and destroys stability. The international community must be on high alert and step up a joint struggle against all terrorist organizations. ”

Anonymous officials from China who are responsible for the fight against terrorism, said in parallel that the leaders of terrorist organizations from the so-called "Eastern Turkestan" are sending their militants to Syria - to participate in jihadism.

Meanwhile, the Chinese government supports President Assad in Syria. The militants are fighting on the side of the “opposition”, which is trying to create a Shariah state in Syria - instead of a secular one.

The Eastern Turkestan Islamic Movement (ETIM) and the East-Turkestan Association for Education and Solidarity (ETESA) in their struggle for the “independence” of the Xinjiang Uygur Autonomous Region have intensified since the 1990s. Uygur Muslims of Turkic origin oppose the Chinese there. Since May 2012, the Islamic Movement of East Turkestan and the East-Turkestan Association for Education and Solidarity, speaking with Al-Qaeda, send their “fighters” to Syria, where these guys are fighting for the money and rations fighting against the Al-Assad government. It is believed that they penetrate into Syria across the Turkish border, although the Turks deny this.

ETIM in China is involved in drug trafficking, as well as trafficking in human beings and weaponsin addition, members of this organization are involved in robberies and abductions for ransom. ETIM is a gathering of separatists and criminals who once fled from Xinjiang and studied terrorism abroad. So say Chinese officials.

As for ETESA, its activities are aimed at “educating and training Muslims” in Xinjiang and “their liberation”, which will be achieved through the creation of a Muslim state.

Bao Hongbiao, a fellow at the Academy of Social Sciences in Ningxia, saysthat the Uighur Muslims, who were repressed by the government in the western province of Xinjiang, failed to assimilate to the local population. Part of the problem consists of insurmountable language differences: the Uigurs speak their own Turkic dialect and write in Arabic. In addition, they have a strong desire for autonomy. Finally, they are characterized by national extremism, which explains the “stern” approach of the Chinese government to them.

“Some Uighurs in Xinjiang are extremists. They want to secede from China, ”Bao says.

Alim Seitov, President of the American Uighur Association, saysthat the government constantly forbids the Uighurs to practice Islam. In addition, the Han population in Xinjiang, thanks to government policies that encourage migration to the west of the country, has increased dramatically: from 6,7% in 1949 to 40 percent in 2008. This contributed to the incitement of ethnic hatred, including due to the problem of resources and jobs.

Seitov believes that the policy of the Chinese government is like a message to the Uyghur people: give up your faith, or you will be accused of extremism, even if you just express your religious beliefs. All these measures, according to Seitov, "further alienated the Uygurs from the Chinese - if only this was possible at all."

In July, 2009, riots broke out in the regional capital of Xinjiang, Urumqi, as a result of which, around 200, people from Han and Uygur were killed. The Chinese government attacked the province with repression.

Human Rights Organization “Human Right Watch” sounding the alarm: While Beijing supports the Muslim religion, for example, in Ningxia, this is far from the case in Xinjiang. Here, minors (up to 18 years) are prohibited from participating in Islamic practice, and therefore thousands of people are detained every year for “illegal religious activities”.

It is strictly forbidden to celebrate religious holidays and study religious texts in public institutions, including schools. In fact, human rights activists believe that Xinjiang for Beijing belongs to the same broad category of political problems as Taiwan or Tibet. The very requirement of secession or autonomy is already seen in Beijing as a threat to the preservation or viability of the Chinese state.

“Religious extremism is closely linked to violence and terrorism, and fighting it is one of our top priorities,” said government spokesman Hou Han.

Thus, the Chinese authorities unequivocally identify the Uygur separatists as enemies of the state. The Uighurs themselves, inclined to nationalism and terrorism, add fuel to the fire.

And if human rights defenders from Human Right Watch, and at the same time from Amnesty International, are demanding to defend the Uygur rights, then in Washington they approach this issue bilaterally, so to speak.

The Uyghur question is an ideal example of the application of the US double standards policy.

Как пишет Tatyana Kaukenova, when Uygur separatism intensified in 1990's, the United States drew attention to Xinjiang: this region has an important strategic position (common borders with Afghanistan, Pakistan, Russia, and the states of Central Asia). Separatism in Xinjiang received the official name of the “movement for national self-determination” in the United States. And no terrorism. B double standards too.

The implementation of the past has contributed to the date 9 / 11. The military campaigns in Afghanistan and then in Iraq demanded a single logic throughout the world's space. In addition, China joined the fight against international terrorism, quite timely declaring that it is highly susceptible to terrorist attacks - just by the Uyghur separatists associated with Al-Qaeda.

And 26 August 2002, the US State Department and official Beijing announced that the East Turkestan Islamic Movement (ETIM) is now included in the list of international terrorist organizations. 28 August all financial assets of this organization in the United States were frozen. Moreover, the relevant State Department document stated that ETIM is responsible for all the atrocities committed for 11 years in China. 11 September 2002 of the year and the UN included ETIM in the list of international terrorist organizations - in accordance with the resolutions No. 1267 and 1390 of the Security Committee.

Apart from the East Turkestan Islamic Movement, the United States did not recognize any separatist groups in Xinjiang as terrorist. This is where the double standards of American politics emerged. The fact is that Washington’s support for the “peaceful struggle of the Uyghur people for national self-determination” has by no means ceased. As it turned out, the Uyghur map for the United States is convenient as a potential lever of pressure on a growing China.

“The friendly attitude of Western countries towards the representatives of the Uyghur liberation movement is also not a secret. The main centers of this support are the United States and Germany. In 2005, the United States adopted one of the most active fighters for national self-determination of the Uyghur people - Rabiya Kadyr, who established the International Uyghur Foundation for Human Rights and Democracy in the United States and became president of the American Uighurs Association. After that, Ms. Kadır was elected President of the World Uygur Congress (WUC).

As for the international structures led by Rabiya Kadir in support of the Uigurs, the fact of funding by their US government is not a secret. A week after the 5-7 riots in July 2009, in Urumqi, which killed 197 people and more than 1,6 thousand were injured, US State Department spokesman Ian Kelly confirmed that the Uygur World Congress accepted funding from the US National Donors Foundation for Democracy. It is worth noting that these funds come mainly from the United States Congress. According to the Renmin Jibao, the American Uighur Association received each year from the US National Donor Foundation for the Defense of Democracy in the form of funding $ 215 thousand. By the way, in the July tragedy, the leadership of the PRC accused the US-based MSC. ”

And there was no direct condemnation of China in connection with the bloody events of July 2009 from official Washington. Rabiya Kadir insisted on opening the US consulate in Urumqi (“beacon of freedom”), but her call was lost in vain.

Currently in Guantanamo prison still sit three Uighurs (nineteen of their compatriots were transferred to other countries from 2008 onwards). Before the election of 2008, Obama promised to close Guantanamo, but this is also in the area of ​​double standards. 166 is now languishing in this prison - although Obama promised to release all the prisoners within three years of his inauguration.

Thus, Barack Obama, the crisis president, has been wondering all these years how to play the Uyghur card. One thing is clear now: Obama will remain in power, or Romney will replace him, the United States will continue to support the "right to self-determination of the Uyghur people." Because neither Obama nor Romney will give up the role of leader, which the United States should, in their opinion, continue to play on the world stage. Former hegemon is difficult to accept a multipolar world of free will, and therefore China for America is first a geopolitical adversary, and only then a trade and industrial partner. The hegemon does not tolerate the strengthening of its neighbors around the globe, and therefore it will be slowly little by little to sway China from the inside.

As for the fight against terrorism, it, as before, will perfectly illustrate the State Department’s democratic approaches. The United States does not object to Al-Qaida’s participation in the war against the Syrian government, but Al-Qaida is officially listed as one of the main enemies of the American people. Similarly, Washington considers the terrorist organization ETIM to be terrorist, but does not object to the struggle of the Uyghur people for self-determination, in which the Eastern Turkestan Islamic Movement sets the tone.

Observed and translated by Oleg Chuvakin
- especially for topwar.ru
Ctrl Enter
Noticed a mistake Highlight text and press. Ctrl + Enter
We are
China, the Xinjiang issue and the Islamic StateUyghur question as a model of separatism policy
70 comments
Information
Dear reader, to leave comments on the publication, you must to register.