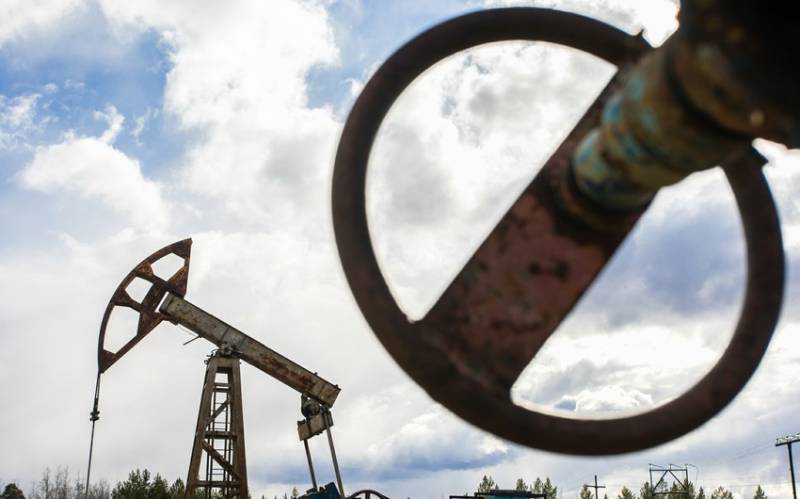 It makes no sense to finish here Bulgakov's - Sharikov's quote from the pub. And so everything is clear. The oil market due to the global recession may soon become a surplus. However, why then is OPEC in the world, and why is Russia so quickly learning to manipulate the volume of export deliveries.

This is how it is in the market - the seller, the one who has, say, a difficult product, is afraid of burning out much more than the buyer. Based on this, the West is trying to influence one of the world's main oil sellers - Russia. She resists, while only threatening, but she can also move from words to deeds. The conditions of the SVO are quite conducive to this.

December 5 is approaching our oil industry with frightening speed. Opponents have no, or rather, should not have, doubts about this. And they, it seems, manage to pull up seemingly not too interested allies to the dubious idea of ​​\uXNUMXb\uXNUMXbwith a ceiling on prices exclusively for Russian oil.

How else to regard the extremely "unexpected" decision of Turkish President Erdogan not to let oil tankers with Russian oil through the Bosphorus without insurance. It was as if he pulled out of his sleeve that very trump card of insurance, which the Western allies seemed to have successfully squandered.

We do not argue, for the sake of profit, and definitely long-term, it is possible to attract someone who is not at the table. However, it is worth remembering that Turkey is not only a buyer of oil, and with the lion's share of Russian oil. Yes, considerable profits shine there, but if the Russian Urals is too much humiliated, you can lose much more on losses in transit and other services.

On an illegal position or ... who is less?

It is hard to believe that Erdogan suddenly took care of British insurers, who insure at least 80% of the world's shipping. Not only for oil, but also for liquefied gas, we recall. But London, mind you, even without the Turks will remain the main regulator of intercontinental logistics.

That is why Erdogan is not sympathetic to the prospect of going underground. And such a situation can become a very real prospect for Russian oilmen. And let them not be reassured by the fact that so far the real prices for Russian oil are below the notorious ceiling - even the lowest among the currently available proposals.

Recall that quite recently, within the EU, and then the G7 and G20, a ceiling level of $40 per barrel was discussed, which, it seems, pretty much frightened the proposers themselves. The bar of $40 was dropped immediately, and now the ceiling sanctioners are rushing between $60 and $62.

The bargaining over the ceiling seems to be very sharp, and in parallel in Vienna there are working meetings, the so-called "ministerial" ones, within the framework of OPEC and OPEC+. Judging by information leaks, they discuss the possibility of a prompt reduction in oil production and exports. 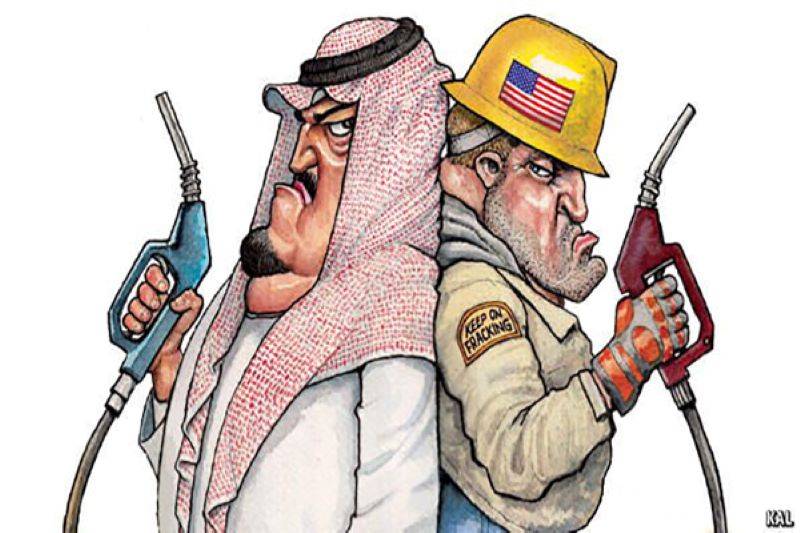 As you know, the Saudis and their partners are now as loyal as possible in relations with Russia, which cannot but irritate the collective West. But we must not forget that in a sharp drop in the price of oil, which this public is so seeking, in no way is to the benefit of the American oil giants.

The US is not only the world's largest buyer of oil, but also one of the top three oil producers, although Russia may well fall out of this top three. So, the American oilmen quite recently exhaled, counting on the stabilization of high oil prices.

And they even began to engage in the notorious slate again. And what now, they again collapse everything and start the chariot of bankruptcies? It’s easier then to bow to the Saudi princes and again bargain for the size of the “pluses” in notorious deals.

Today's Western leaders are clearly thin compared to their predecessors, who fought oil wars with Russia, that is, with the USSR, decades ago. Nevertheless, their techniques are very similar, of course, without taking into account the CBO factor.

This factor, as is well known, led to the strengthening of the dollar, unprecedented since the last millennium. However, why be surprised: the dollar is the currency of the war, and even if there is a big war, then it is almost the only currency. The dollar is growing - American debts are growing, but someday you will have to pay off.

But old Biden, whom Macron, Scholz and the British Sunak are almost under arms, without understanding why, is acting on the basis of President Reagan's tracing paper. Although he still had to remove his own from Afghanistan, and this is another geopolitical pent-up demand.

But after all, against Russia, as the successor of the USSR, there is now a very worthy replacement - a much closer Ukrainian periphery. Under SVO you can not only weapons to heat up the market to the limit, but also to crush the grain under itself, but to do about the same with oil as it was once under Reagan.

Yes, already in this century, the United States more than once or even not twice failed to push the increase in production through the monarchies of the Persian Gulf, which is very symptomatic. But from the reminder, it follows that now it is not just that there is a real battle for the collapse of oil prices.

And under the gun - not only and even, pardon for such unpatriotism, not so much Russia, in the global confrontation between real and financial capital, this fight is perhaps the decisive one. How decisive was once the agreement of the American President Reagan with the Saudi princes.

About what? Yes, that they tripled the pumping of oil from under the Arabian sands. Do you remember the first weeks of the pandemic and the oil war between Moscow and Riyadh? Maybe it was nothing more than a test of the pen, and after this you are still wondering "why the Arabs were not asked."

And in the end, why is oil worse than gas? That one, as a result of a whole chain of absolutely unpredictable, without any irony, events, has risen in price so that gas workers, not necessarily Russian ones, are now paid by everyone, and they pay a lot. The only one who pays a little is the one to whom the same Russia is simply forced not to drive gas because of the loss of transit capacities.

Don't you think that against the backdrop of oil passions, it is the gas market that suddenly seems to be a kind of island of stability? And so, after the harsh ultimatums of Deputy Prime Minister Alexander Novak and the statements of Senator Alexei Pushkov, the speeches of our esteemed Maria Zakharova, a diplomat and even a deputy minister, are somehow read differently.

Here is how she commented on the intention of the West to achieve the functioning of the corresponding oil price ceiling mechanism for Russia from December 5:

“The introduction of a mechanism to limit prices for Russian oil can significantly complicate the situation on world markets and will have devastating consequences for everyone.

We have repeatedly said that such measures - the so-called cap on Russian oil prices - are not just a non-market mechanism, they are an anti-market measure that disrupts supply chains and can significantly complicate the situation in global energy markets.

The Russian Federation will not supply oil to those countries that support this anti-Russian provocative undertaking. It does have an anti-Russian focus, but the consequences will be devastating for everyone.”
The feeling that instead of an ultimatum we hear something completely different does not leave us. And this, alas, is by no means legendary: