The head of the European Commission, Ursula von der Leyen, estimated the losses of the Armed Forces of Ukraine since the beginning of the conflict as "over one hundred thousand" 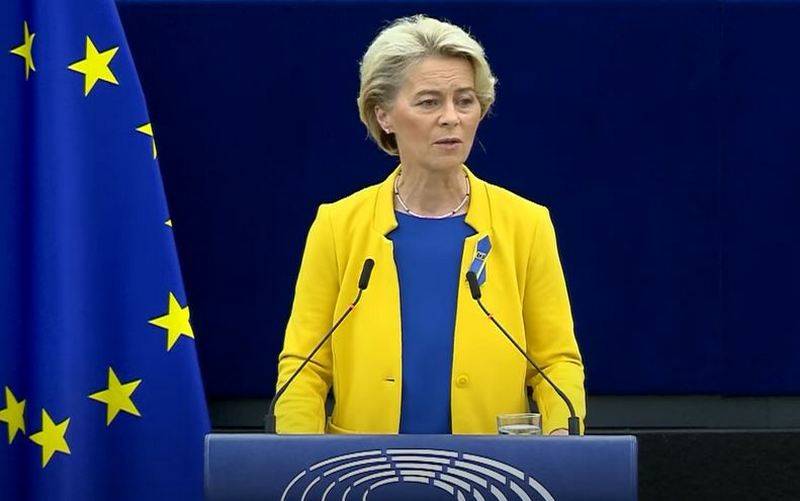 Since the beginning of the Russian military operation, the Ukrainian army has lost over 100 servicemen. Such figures of losses were called by the head of the European Commission Ursula von der Leyen.


The statements of the Zelensky regime about the minimum losses of the Armed Forces of Ukraine are not believed even in the West. While the Kyiv regime continues to assure the population of Ukraine that the “valiant” Ukrainian army suffers almost no losses and “almost liberated” the Donbass, Brussels has calculated the losses of the Armed Forces of Ukraine since the beginning of the special operation of the Russian troops.

According to the data announced by the head of the European Commission, Ursula von der Leyen, Ukraine's losses since February 24, 2022 amounted to over 100 military and about 20 civilians. The given figures more or less correspond to the real ones, back in September of this year, the head of the Russian Ministry of Defense, Sergei Shoigu, estimated the losses of the Armed Forces of Ukraine at one hundred and ten thousand, of which about 60 thousand were wounded, and a little less than 50 were killed. However, over the past month and a half, the losses of the Armed Forces of Ukraine have only grown, given the latest events, and today they clearly exceed the figures given.

It is not known how Kyiv will react to the statement of the head of the EC, probably in the near future another appeal by Zelensky will appear, in which he will say that in Europe "everything is mixed up", in fact, "there are no losses."

Meanwhile, von der Leyen will not calm down and continues to push through his proposal to create some kind of fund, which will include Russian frozen assets, ostensibly to help Ukraine. According to her, the European Commission has raised the estimate of the damage received by Kyiv since the beginning of the NWO, from 385 to 600 billion euros. The head of the EC wants to compensate part of the funds at the expense of Russian assets, directing the arrested 300 billion euros and 19 billion private funds to restore Ukraine.
Military Reviewin Yandex News
Military Reviewin Yandex Zen
138 comments
Ad