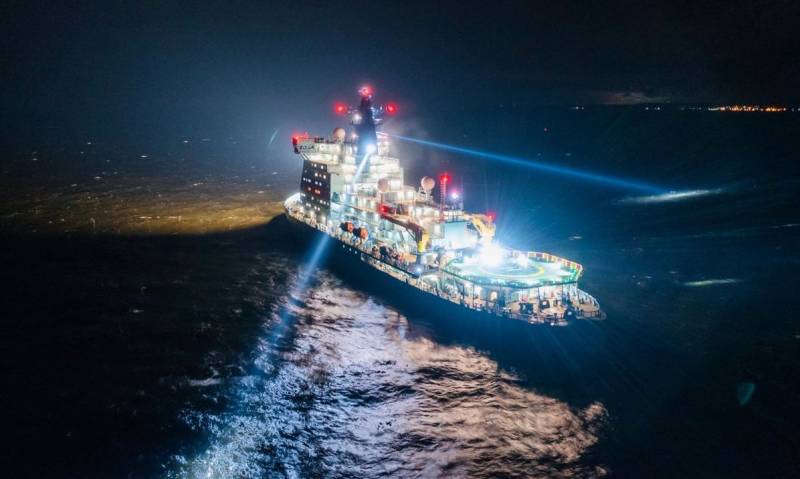 The universal nuclear icebreaker "Ural" of project 22220, built at the Baltic Shipyard in St. Petersburg, has completed its passage to Murmansk, having arrived at its home port. This was reported by the press service of Atomflot.

Nuclear-powered icebreaker "Ural" of Rosatomflot completed the passage, which took six days, from St. Petersburg to Murmansk. November 29 "Ural" arrived at the home port of Murmansk
- said in a statement.

Already on December 3, the nuclear-powered icebreaker "Ural" will set off on its first voyage, it will work in the Ob-Yenisei region of the Kara Sea. Project 22220 double-draft icebreakers can operate both in deep water and in shallow water in river beds, breaking through ice up to 3 meters thick.

The universal nuclear icebreaker "Ural" is the second serial and third icebreaker of project 22220, built to provide year-round navigation along the Northern Sea Route. Laid down at the Baltic Shipyard in St. Petersburg on July 25, 2016, launched on May 25, 2019, after which it was completed afloat. The reactor plant was launched in May this year. The main power plant of the icebreakers includes two Ritm-200 reactors with a thermal power of 175 MW each, the reactors have a service life of 40 years.