Morawiecki: Poland does not plan to transfer its own Patriot anti-aircraft systems to Ukraine 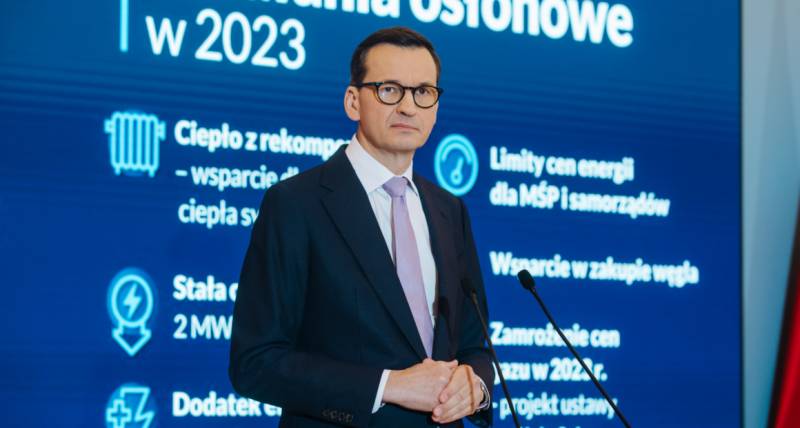 Despite the current situation in Ukraine with the air defense system, Poland does not intend to transfer its own Patriot anti-aircraft systems to Kyiv, the delivery of which is expected from the United States. As Prime Minister of the Republic Mateusz Morawiecki explained, Polish systems must protect the Polish sky.


Ukraine will not receive Patriot air defense systems from Poland; Warsaw is not even considering this issue. According to the Polish authorities, there are other countries that also have Patriot air defense systems, so let them place their systems on the territory of Ukraine to protect it from Russian missiles and aircraft. For example, it could be Germany, which is not threatened by Russian missiles.

The Patriot systems that we will receive, I hope, soon, will definitely serve to protect the Polish sky, since these are only the first batteries that we receive (...) Germany and other allies already have these batteries (...) But we need to be honest that now the Polish sky is under threat rather than the German one
- Morawiecki said, adding that there are already Patriot air defense systems in Poland, but they belong to the Americans.

Earlier, German Defense Minister Christina Lambrecht proposed to ensure the security of Poland with German Patriot anti-aircraft systems, including for protection against Ukrainian missiles. Warsaw reacted positively to the proposal, but Defense Minister Mariusz Blaszczak offered to place anti-aircraft systems not in Poland, but in western Ukraine, simply transferring them to Kyiv. In Berlin, this proposal was rejected.

Meanwhile, in Kyiv, they have already seriously set their sights on obtaining American anti-aircraft systems, and from any country. Zelensky is no longer satisfied with the old air defense systems that the US and Europe are stuffing Ukraine with.