Are they starting to leave? To the resignation of Alexei Kudrin 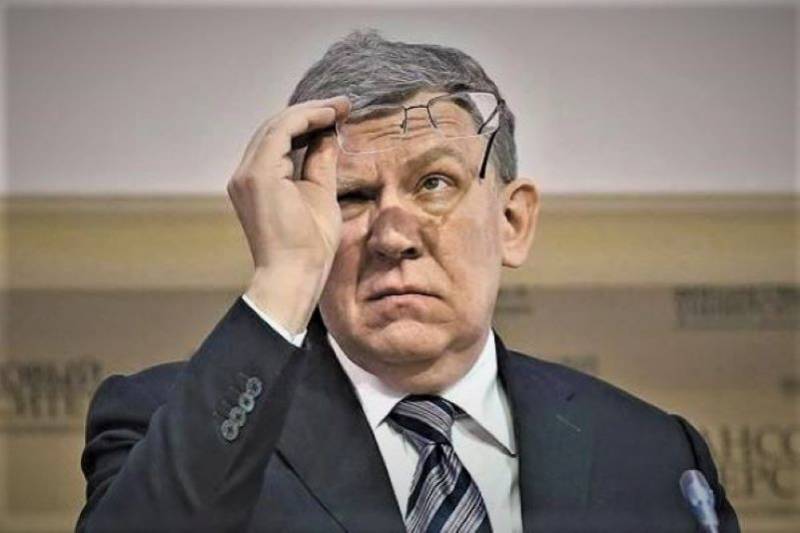 Aleksey Kudrin, chairman of the country's main control office, the Accounts Chamber, chose not to wait for a signal from the president and left on his own. As he states, in business, for the implementation of projects that can bring real benefits. As you can see, with the benefit in the joint venture of the Russian Federation it somehow became not very good.

The ex-Minister of Finance and even the Deputy Prime Minister, who was in charge of the entire economy and finance, were redirected to state control, that is, to the Accounts Chamber, after a long pause. In advisers, assistants or whatever. Years before, the RF SP had managed to leave the Federal Assembly and become directly subordinate to the head of state, and many were surprised by the appointment of the liberal Kudrin there.

But not us, because we knew quite well what undeniable authority Alexei Leonidovich enjoyed at the very top. Moreover, he never hid his by no means indisputable economic views, and was rightfully considered almost the ideological leader of the liberal government party.

However, already then someone thought that in the new post, which, by the way, went to Kudrin, we repeat, not immediately, but with a pause, he can “reforge”. As an example of a reforged, they cited Sergei Kiriyenko, who ruled Rosatom, and he still remains in the locomotives of the economy, and even Anatoly Chubais, although he had already begun shamelessly cutting Rosnano.

However, Kiriyenko, unlike Kudrin, never had particularly liberal views, and he was almost framed for default, but the leader of our painfully liberal economic bloc of the government does not need examples. From the word "completely" - Kudrin himself is an example to whom you want in terms of perseverance and perseverance, reaching stubbornness.

One opposition to the Tax Code - many years ago and already forgotten, which was worth it, not to mention the combination with the Russian external debt. There, in the first roles, there was actually Kudrin's forerunner in the Ministry of Finance - Mikhail Kasyanov, who, it would seem, wrote off everything at once.

In fact, Kasyanov, together with his Western colleagues, thoroughly cleaned out the Russian treasury. No, there was no direct theft there, but the conditions for early debt cancellation in reality were those that usually occur during delinquency, restructuring or prolongation. But this is not about that, it's about the Accounts Chamber and its outgoing chairman. 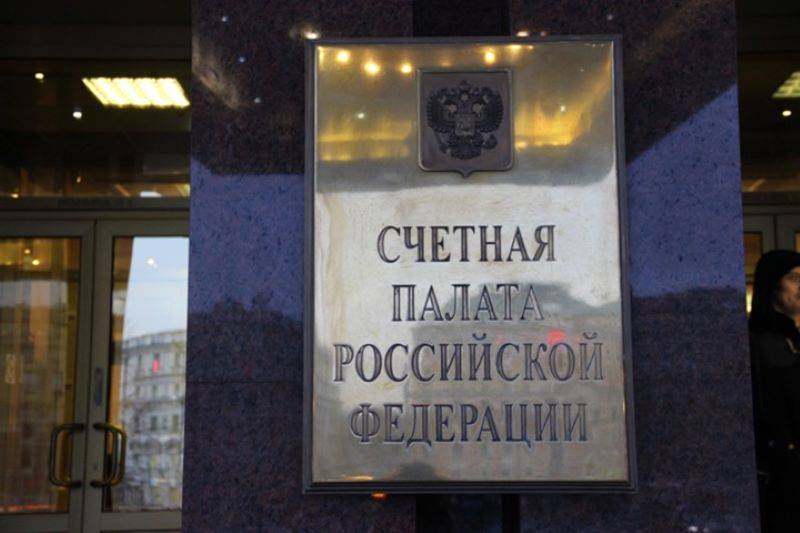 Needless to say, under Kudrin, there was not a single serious check with concrete results in the RF SP. For billions or at least hundreds of millions of money returned to the treasury. Kudrin's team somehow managed to stay away from the showdown with the same "Rosnano", and the senators took it upon themselves.

Long before Kudrin, even under Sergei Stepashin as chairman of the main control body of the country, the Accounts Chamber more than once or twice swung at the sacred - at the Central Bank and how its bins were replenished and spent. However, the "taboo" from above was imposed firmly and forever.

Now the auditors of the Accounts Chamber have frankly dismissed the Bank of Russia as an inaccessible object, as well as many other structures. Although for Kudrin, neither the leadership of the Central Bank of the Russian Federation, nor the heads of state corporations seem to be at all sacred cows. But why, then, the assessments of the effectiveness of the disposal of the country's reserve funds, carried out during the leadership of Alexei Leonidovich, can only be called pathetic.

It was about the same with the costly and essentially failed projects for the reconstruction of the BAM and the Trans-Siberian Railway under the wing of Russian Railways, and with the activities of state corporations. The current joint venture of the Russian Federation did not succeed with conclusions on the belated, but no less terrible defeat of the civil aviation industry, which is now painfully and so far unsuccessfully trying to revive.

In the work of the Accounts Chamber in recent years, there has been another oddity - they almost regularly criticize what should have been welcomed. At least for reasons of saving public funds. Instead of discussing the still unconvincing pension reform, the head of the RF SP for some reason disputed the need for reorganization, and in fact, the quiet liquidation of development institutions, like the same Rosnano and Skolkovo.

When it was proposed to use funds from the National Security Fund to fight the pandemic, for some reason the Accounts Chamber reminded that this was hardly possible under the law. Fortunately, it turned out to be possible, and how. It is the same, however, now, when they are trying to steal from Russia, or rather, they have already stolen, the lion's share of the reserves, that it is not worth putting money in a money-box, from where they just don't say.

Considering it seems that their job is to check how the funds were used and not how they were planned. But the practice of preventing the inefficient use of these funds in the Accounts Chamber was started under Sergei Stepashin, but already under Tatyana Golikova, it was safely brought to naught. 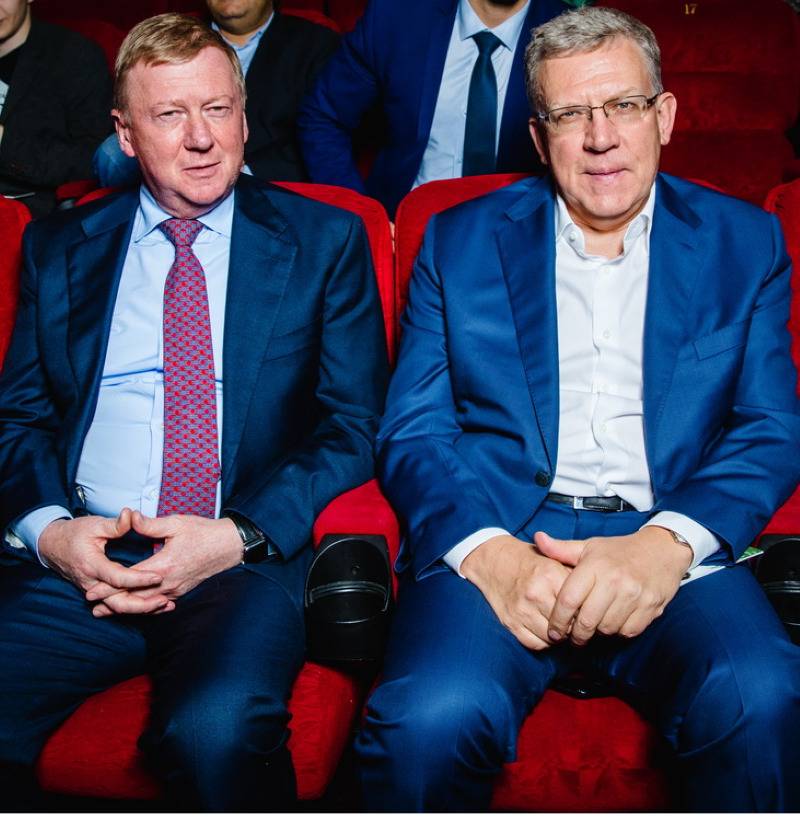 Should we now be afraid of a wave of resignations following Kudrin? We doubt that it is removed for anything specific. Kudrin is too careful, and most likely, he really leaves on his own. Although today the auditors really have something to aim at. However, the fuse, as practice convinces, is not the same now.

And is it even worth fearing the departure of someone from those who are close to or even at the same time with the former minister, former deputy prime minister and, for sure, the former head of the control department, Alexei Kudrin. The liberal bloc of the executive branch, and not only the executive branch, has long been in need of a fair purge.

And it just looks like the cleansing of the rows will be very difficult. Yes, the notorious office plankton that has settled in the economic departments and is ready to replace the current aging liberals is really saturated with the ideas of the liberal economic school. All of them, who are now in the region of 30-50, were taught that way.

But it, liberal economics, is by no means completely vicious in its essence, and its pioneer, the British Lord Keynes, did not at all deny the need for state regulation of the economy. Moreover, under certain conditions, and they are now, extremely tough. Keynes even talked about the extent of the state's presence in the economy.

By the way, this is what supporters of economic freedom so often complain about, both inside Russia and abroad. But we will not now make predictions about the leaders of our beloved ministries and departments. Everything will happen exactly as it takes time. There can be no doubt about this.