Give me a pipe... with ammonia 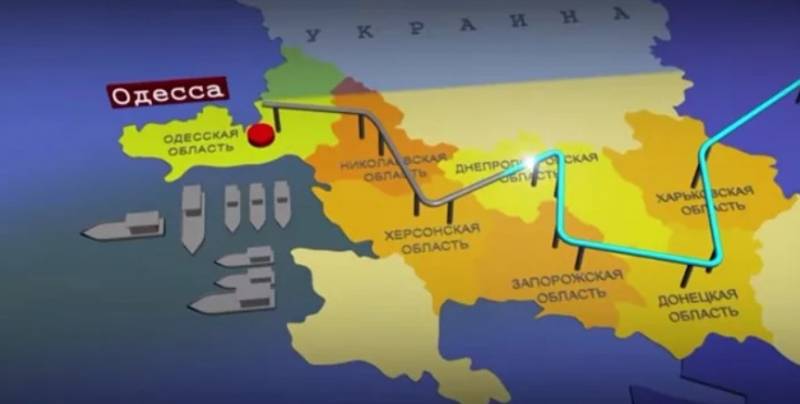 So many years later

Russian President Vladimir Putin recently said that the Russian Federation "is ready to expand the work on the supply of fertilizers to world markets." Noting that work in this direction "is going well, despite artificial obstacles from a number of countries."

In this regard, the Russian side, within the framework of the grain deal, will work "with UN Secretary General A. Guterres also on the issue of resuming the operation of the Togliatti-Odessa ammonia pipeline: deliveries through this artery would be beneficial to all parties."

Through this product pipeline, ammonia from JSC Togliatti-Azot (Samara Region), along with the same products of JSC Minudobreniya from Rossosh, Voronezh Region, is exported through the Odessa port terminal OPZ. Russia has suspended deliveries along this route since February 25, 2022.

The length of this artery, which has been operating since 1980, is 2420 km, including 1400 km on Russian territory; annual capacity - up to 2,6 million tons: the ammonia pipeline was launched at full capacity back in Soviet times - in the spring of 1981.

Its route passes through five regions of Russia - Samara, Saratov, Tambov, Voronezh, Belgorod. LNR and on the 3rd - Ukrainian. Ammonia was exported through Odessa mainly to the USA (at least 50% of the volume), to France (over 15%) and to about 20 other foreign countries. The Russian sector of the artery is operated by PJSC Transammiak, the Ukrainian sector is operated by UGP Ukrhimtransammiak.

In memory of Armand Hammer

Recall: according to the agreements of the USSR with the company of the notorious Armand Hammer Occidental Petroleum Corporation (ORS) in 1973, the resolution of the Central Committee of the CPSU and the Council of Ministers of the USSR dated June 16, 1975 N2513 ordered the construction of the aforementioned ammonia pipeline: Tolyatti - Rossosh - Dnepropetrovsk - Grigorievsky Liman / Odessa .

For this, pipes and related equipment were supplied from the West, purchased under a soft loan in 1975-76. from a group of US financial institutions in 210 million dollars for a period of 25 years. The loan was lobbied by Hammer's OPC structure.

The abbreviation meant Occidental Petroleum Company, but in the USSR everyone involved in the deal usually called it much more simply - the Work Supply Department. Indeed, it was not for nothing that Hammer was considered "the beloved capitalist of the USSR." 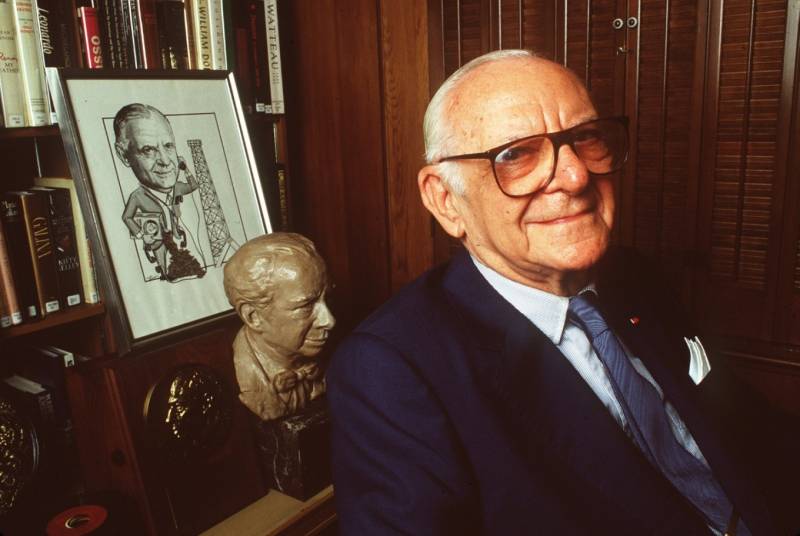 A. Hammer also lobbied for a contract for these deliveries: it was concluded on October 16, 1975 with the same ORS and the French Anter.epoz, a long-time partner of the Hammer company. This loan was partly used to set up Togliatti-Azot, an ammonia and carbamide plant in Togliatti.

And also - the Odessa chemical terminal "OPZ" in the Grigorievsky estuary. Characteristically, the ammonia pipeline came into operation in the early 80s, despite Western sanctions in connection with the entry of Soviet troops into Afghanistan.

In the end, everything turned out not least because, firstly, the Soviet-Russian ammonia was actually supplied under an open-ended contract. And at prices 13-16% below world prices. And secondly, these supplies, along with the growth of Soviet grain imports from the United States, as well as Canada and Australia in the 70s and 80s, "tied" the USSR to the United States geopolitically as well.

A kind of echo of such a connection is indirectly confirmed in the mentioned initiative of the Russian Federation to resume the operation of the ammonia pipeline. But back in the 80s, then in the 90s, early 2000s and later, specialized Russian experts proposed instead of using this artery to create an ammonia pipeline from Tolyatti - through Rossosh - to Novorossiysk, Kaliningrad, Taman, Tuapse or Temryuk.

Moreover, it was proposed to build terminals for the export of bulk chemical products in the same place. There were numerous conferences, public hearings on these projects, which periodically continues to this day. But while the court and the case, the product pipeline to Odessa worked quite well until recently.

At the same time, Ukraine annually received from Russia up to 100 million dollars for the transit of ammonia, and the export earnings of the Russian Federation for exports along this route amounted to 2,4 billion dollars a year.

And, for example, the planned Russian terminal for the export of "liquid chemistry" in the port of Taman - a project of the early 2000s - has not yet been implemented. And so far there are no plans to connect it by a product pipeline with Russian producers of ammonia and related products.

It is also characteristic that this and other similar projects are often accompanied by protests from Russian ecologists and local environmentalists. It is possible that these protests were initiated by, let's say, "adherents" of the indefinite transit of Russian oil and gas and chemical products through Ukraine.

The situation with the Tamansky chemical terminal (in the photo - its backup in Tuapse) may also be related to the fact that, according to a number of foreign media reports, the same American Occidental Petroleum actually owns part of the property in the Togliatti-Odessa ammonia pipeline, including in the Odessa ammonia terminal.

And therefore, it is categorically against other routes for the export of this product from Russia. If this is the case, then the goal is obvious: forever tie Russian ammonia transit and exports, respectively, to Ukraine and the United States. Which will surely contribute to the resumption of the work of the same artery.

So it turns out that, to put it mildly, Ukraine, unfriendly to Russia, has and, most likely, will continue to have transit not only of Russian oil and gas supplied to Europe ...