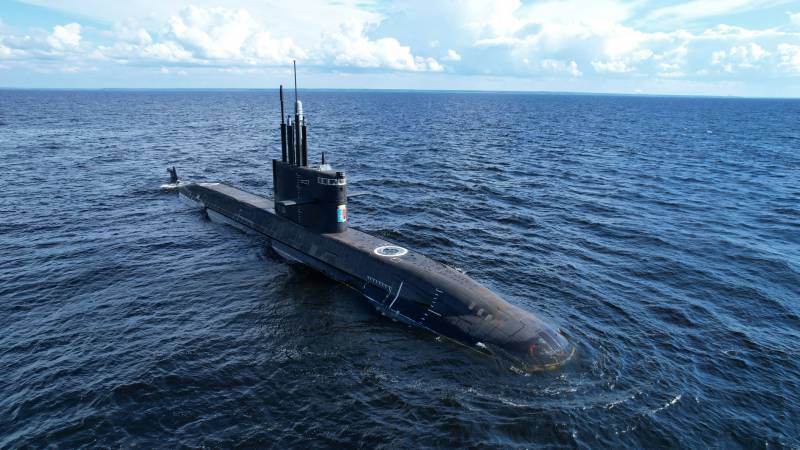 Submarine "Kronstadt" project 677 "Lada" continues to be at the sea ranges of the Baltic fleet as part of the next stage of sea trials. According to the press service of the fleet, a sonar system is being tested on the submarine.


Despite the fact that back in August, Admiralty Shipyards announced that this submarine was entering the final stage of factory sea trials, Kronstadt will not complete them in any way. Three weeks ago, the submarine made a series of underwater dives together with the Ufa diesel-electric submarine of project 636.3 Varshavyanka. To date, "Ufa" is already in the fleet, and "Kronstadt" continues to be tested.

During a series of dives, the crew of the submarine and representatives of the industry began to test the underwater acoustic complex of the diesel-electric submarine
- said in a statement.

Most likely, the submarine is being worked out to the fullest, the Lada project turned out to be crude, the head submarine of the St. Petersburg series was laid down on the stocks of the Admiralty Shipyards in December 1997, launched on October 28, 2004 In April 2010, the boat was accepted into the Russian Navy for trial operation, which lasted until September 2021.

As already reported, "Kronstadt" is a long-term construction, construction was carried out with interruptions, stops and adjustments to the project. The laying of the submarine took place in July 2005, in 2009, by decision of the Ministry of Defense of the Russian Federation, the construction of the order was suspended until 2013, the launching took place only in 2018. At the end of 2021, the submarine entered sea trials for the first time. According to the shipbuilding enterprise, "Kronstadt" was completed according to the adjusted project, taking into account the trial operation of the lead submarine of the series.
Military Reviewin Yandex News
Military Reviewin Yandex Zen
25 comments
Ad