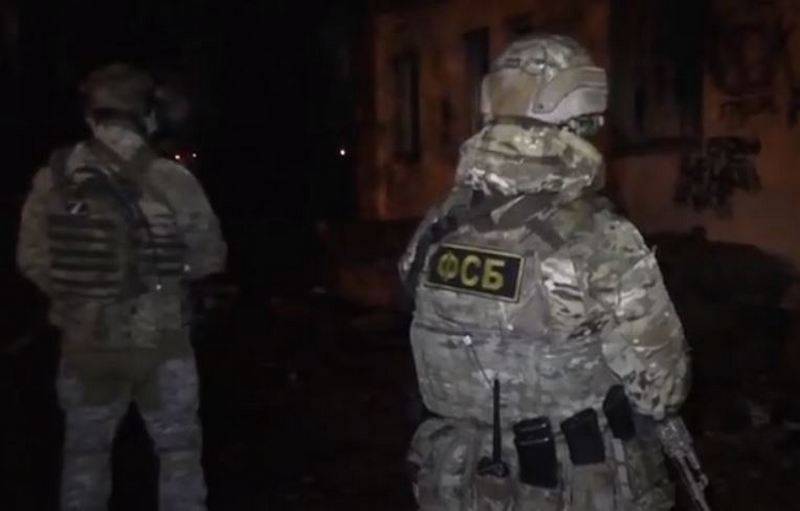 A series of terrorist attacks on the territory of the Zaporozhye region was prevented by the FSB officers, three citizens of Ukraine, who acted under the control of the Ukrainian special services, were detained. This is reported by the TsOS FSB of the Russian Federation.


The Russian security forces managed to reach a group of Ukrainian saboteurs who were planning terrorist attacks in crowded places in order to intimidate the inhabitants of the Russian region. The arrest of failed terrorists took place in Melitopol, which temporarily serves as the capital of the region, while Zaporozhye is under the control of Kyiv.

According to the FSB, three saboteurs were taken on their way to the place of laying an explosive device in one of the city's markets. Components of an improvised explosive device based on plastite, pistols and grenades were confiscated from the detainees. As it turned out, all the detainees are citizens of Ukraine, two of them were convicted of serious crimes, all three worked under the control of the Ukrainian special services.

The Federal Security Service prevented the preparation of a series of terrorist attacks in places of mass stay of citizens on the territory of the Zaporozhye region. In Melitopol, three citizens of Ukraine were detained on their way to the place of laying an explosive device in one of the city's markets
- said in a statement.

The data of the detainees are not disclosed in the interests of the investigation, they gave confessions, including those of their curators from Kyiv. It is not known what they told our security forces, but all the detainees were sent to Moscow. A criminal case was initiated under several articles at once, operational and investigative actions are ongoing.
Military Reviewin Yandex News
Military Reviewin Yandex Zen
7 comments
Ad