Building a multi-level air defense system of the RF Armed Forces in the special operation zone increases the efficiency of intercepting various targets, including precision-guided munitions 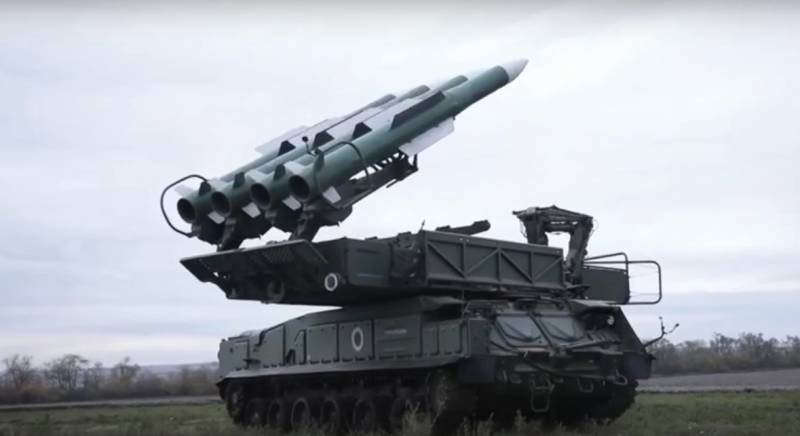 According to the Ministry of Defense of the Russian Federation, the effectiveness of the operation of Russian air defense systems is ensured thanks to the mixed battery of Buk-M3 and Buk-M2 anti-aircraft missile systems (SAM), which successfully hit all intended targets and retain all their operational characteristics. Moreover, they have excellent tactical and technical characteristics and a target engagement range of up to 200 km.


So, in the last month alone, during the course of a special operation, the troops of the Central Military District (CMD) involved in the special operation managed to shoot down up to 40 air attack weapons, such as unmanned aerial vehicles (UAVs), shells of HIMARS multiple launch rocket systems (MLRS), as well as ballistic missiles "Tochka-U" - tactical missile systems of Soviet production. All this made it possible to prevent civilian casualties, as well as to ensure the protection of the country's critical civilian infrastructure, the Russian defense ministry said in a statement.

It should be noted that all the personnel of the battery were awarded awards (medals of Zhukov, Suvorov and the medal "For Courage"), for courageous and selfless actions to ensure the protection of airspace in the area of ​​​​responsibility of air defense units of the Central Military District.

Recall that yesterday the RF Armed Forces destroyed an ammunition depot for the HIMARS MLRS near Dnepropetrovsk. There were more than 100 such shells. Also, thanks to the efforts of Russian air defense systems, it was possible to intercept an Excallibur guided artillery shell on the territory of the country (Sumy region). Also on the eve of the Russian Armed Forces, they repelled an attack by Ukrainian HIMARS near the village of Mirnoye near Kherson. Building a multi-level air defense system of the RF Armed Forces in the special operation zone increases the efficiency of intercepting various targets.