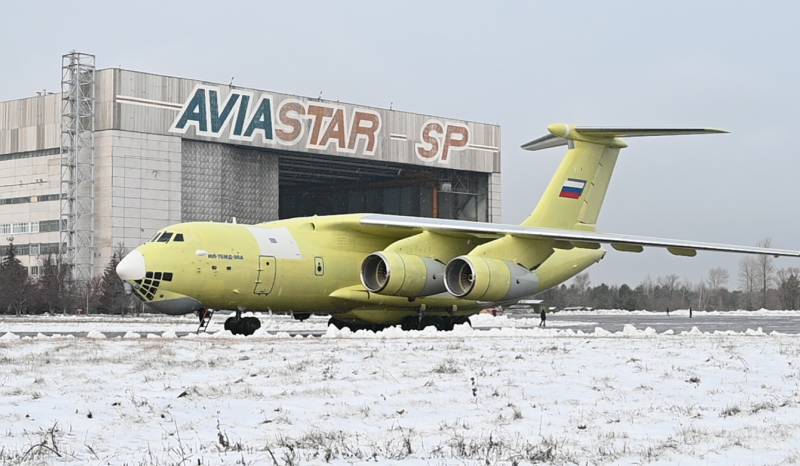 Another serial military transport aircraft Il-76MD-90A of the new assembly entered service with the Russian Aerospace Forces. This was reported by the press service of the United Aircraft Corporation (UAC).


According to a message posted on the UAC website, the aircraft was built on a new production line of JSC Aviastar-SP, tested and handed over to the military. This is probably the third new Il-76MD-90A assembled this year in Ulyanovsk, which began testing at the end of August this year. The fourth transporter started flying only in the first ten days of November and is not yet ready for transfer.

We make regular deliveries aviation equipment in the interests of the Ministry of Defense (...) today the Russian army received another serial military transport aircraft Il-76MD-90A. (...) we are systematically increasing the production of these vehicles for the Russian military department, the next transporter is in a high degree of readiness

Earlier, the Ministry of Defense planned to purchase over 2030 Il-100MD-76A and the promising Il-90MD-78A tankers created on their basis by 90, but no one knows how it will actually be. Despite the measures taken, it has not yet been possible to increase the number of aircraft produced.