When "Peonies" and "Tulips" will bloom in full force 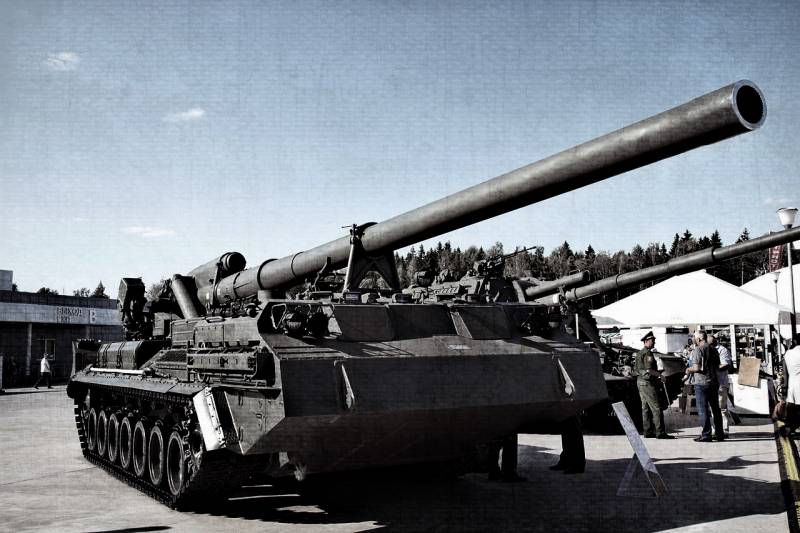 The special operation in Ukraine has largely turned into an artillery battle. It would seem that after the "Desert Storm" in Iraq and the "Allied Force" in the Federal Republic of Yugoslavia (FRY), there was no doubt - aviation can win wars. In fact, the ground forces only had to formally consolidate the results achieved by aviation.


And what do we see in Ukraine?

Russian aviation presses to the ground, Ukrainian aviation, which seems to have been destroyed three times already, although it carries out suicide missions from time to time, but it has practically no effect on the battlefield - except that it urgently evacuates another VIP Nazi or a misguided NATO general to the rear.

Once again, unmanned aerial vehicles (UAVs), including UAV-kamikaze, but even they do not have a decisive impact on the course of battles - this is if we talk specifically about the UAV inflicting strikes on the enemy.

On the other hand, it is the reconnaissance potential of UAVs, as well as the ability to carry out real-time adjustments of artillery fire, that made it possible to increase the efficiency of using even obsolete artillery weapons by an order of magnitude, not to mention modern artillery systems, especially in combination with guided munitions.

And who is at the top of the food chain?

Maybe the newest Russian self-propelled artillery mount (ACS) "Coalition SV"? But these vehicles are still only at the very beginning of their journey, and there is no information about whether they were used at all in the zone of the special military operation (SVO).

Or is it the over-hyped American M-777, albeit very effective for use in certain tactical scenarios, but still towed, which means less mobile and faster-firing. 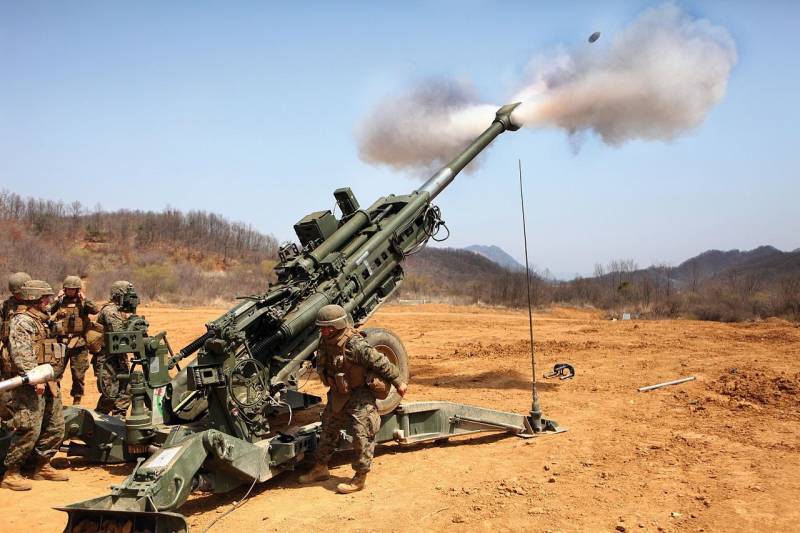 155 mm howitzer M-777. Image by wikipedia.org
All of them are approximately equal, periodically outperforming each other in terms of characteristics, depending on the modernization carried out. But there is something slightly outdated, but still capable of dominating the battlefield, like a bodybuilder in a dystrophic ward - these are Soviet / Russian 2S7 Pion self-propelled guns of 203 mm caliber and 2S4 Tulip self-propelled mortars of 240 mm caliber. The top of the food chain is the tyrannosaurs of their time.

And they have a great future...

When creating these artillery systems, it was planned to obtain a firing range and the power of the ammunition, unattainable for smaller caliber artillery systems. For example, the firing range of an active-rocket projectile from a 152-mm 2A36 cannon is just over 30 kilometers, while for a 2S7 Pion cannon it is already about 50 kilometers. At the same time, the mass of explosive in a 203 mm caliber projectile is two to three times higher than in a 152–155 mm caliber projectile. 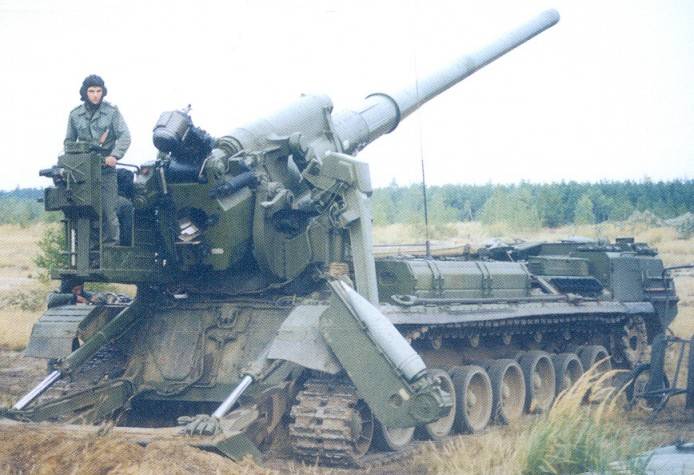 The disadvantages of the "Peony" and "Tulip" include their low mobility and low rate of fire, which is about 1-1,5 rounds per minute - this figure is not comparable with the capabilities of modern self-propelled guns of 152-155 mm caliber, capable of "throw" on enemy positions ten shells. And their ammunition load is incomparable - 4 shells for the 2S7 Pion self-propelled gun (8 shells for the modernized 2S7M Malka) and 50-60 shells for modern self-propelled guns of 152-155 mm caliber. The crews of "Pion" and "Tulip" are outside during combat work, which means that they are not protected in any way from fragments of exploding ammunition and small arms bullets. weapons. 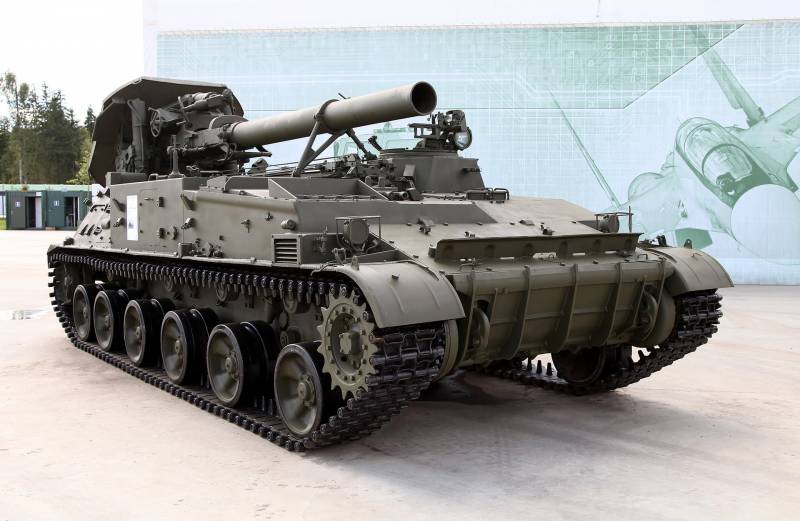 On the other hand, we have the ability to fire almost 50 kilometers even with existing active-rocket projectiles, which significantly exceeds the capabilities of most self-propelled guns of 152-155 mm caliber, although it is inferior to some models capable of firing active-rocket guided munitions at a distance of up to 70 kilometers. 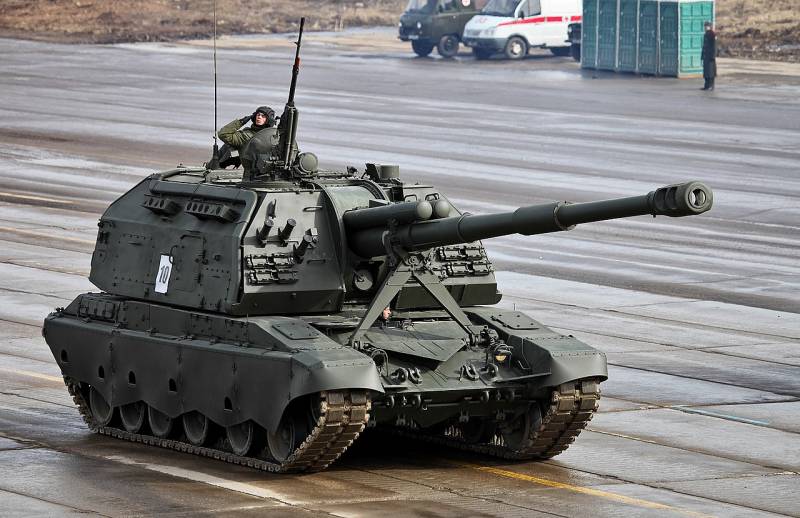 SAU 2S19 "Msta" with a barrel length of 47 calibers. Image by wikipedia.org

It can be assumed that with the use of modern gunpowders and manufacturing technologies, it is realistic to bring the firing range of self-propelled guns 2S7 "Pion" / 2S7M "Malka" to 70-90 kilometers, which will provide them with absolute superiority during artillery duels with self-propelled guns of a potential enemy.

Of course, projectiles designed for firing at such a range should only be guided. Moreover, it can be assumed that firing unguided projectiles from self-propelled guns 2S7 "Pion" / 2S7M "Malka" is generally impractical due to their small ammunition and low rate of fire - it only wastes the resource of the barrel and exposes vehicles to the risk of return fire.

Based on the foregoing, it can be predicted that in order to significantly increase the effectiveness of self-propelled guns 2S7 "Pion" / 2S7M "Malka" it is necessary to develop:

1. A completely new GLONASS-guided active-rocket guided projectile with a firing range of 70–90 kilometers.

2. A high-precision guidance kit, similar to the American Precision Guidance Kit (PGK) M1156, which we talked about in the material The problem of the high cost of precision-guided munitions and ways to solve it, designed for all types of existing ammunition caliber 203 mm.

Precision Guidance Kit (PGK) M1156. Image by wikipedia.org
The use of a new long-range active-reactive guided projectile will make it possible to destroy the enemy at distances that are now inaccessible to Russian artillery, while the power of this ammunition will be much higher than that of the American M982 Excalibur projectiles. Also, unlike HIMARS missiles, intercepting an artillery shell is an order of magnitude more difficult, if not impossible.

As for the high-precision guidance kit, its use will make it possible to use the stock of available ammunition as fully and efficiently as possible: after all, a range of 25,4–47,5 kilometers is also not bad.

Similarly, it is necessary to do the same with regard to the 240-mm self-propelled mortars 2S4 "Tulip". All the same two types of ammunition - a completely new active-reactive guided mine with guidance according to GLONASS data, with a firing range of 30-35 kilometers (with the current one - 20), as well as a high-precision guidance kit for existing ammunition.

It's funny that the development of military equipment is in many ways similar to the evolution of living beings - the largest, strongest and most aggressive, but highly specialized species are dying out, making way for more versatile species better adapted to a rapidly changing situation. However, this rule is not always true.

And in extreme cases, "Peony" and "Tulip" can still serve as a deliverer of special ammunition capable of burning out everything that is on the route of the Russian army with nuclear fire.