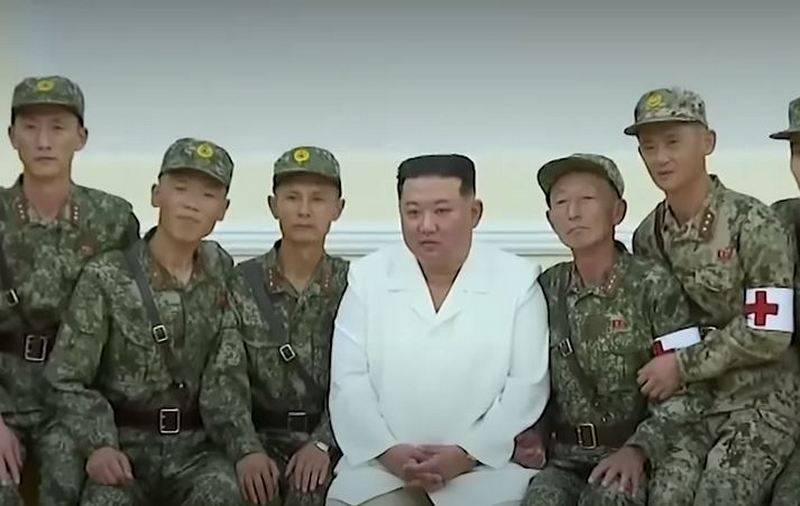 North Korea intends to create the "most powerful" strategic nuclear force in the world to protect the sovereignty of the North Korean people and state. This was stated by the head of the DPRK Kim Jong-un.


The North Korean leader and his daughter held a meeting with the military, scientists and workers of enterprises that contributed to the creation of a new Hwaseong-17 intercontinental ballistic missile. According to the KCNA, a photo session was also held, before which Kim Jong-un made a speech on the creation of strategic nuclear forces. According to him, the DPRK will strive to build the most powerful and "unprecedented" strategic nuclear forces.

Our tireless work of building nuclear armed forces, aimed at the eternal reliable defense of the dignity and sovereignty of the state and people, is the greatest and most important revolutionary cause, and its ultimate goal is to possess the most powerful strategic power in the world, unprecedented absolute power
- TsTK quotes Eun's words.

It is noted that recently North Korean scientists have made a quantum leap in the creation of new ICBMs with nuclear warheads.

Meanwhile, according to experts, the next country to become the owner of a nuclear weaponsmay become South Korea. Robert Kelly, a columnist for the American edition of 19FortyFive, believes that it is Seoul that is closest to creating its own nuclear bomb in response to the development in the DPRK of new ICBMs capable of reaching anywhere in the United States. According to Kelly, South Korea can no longer rely on the United States as a guarantor of its sovereignty, so it will create its own tools of containment.
Military Reviewin Yandex News
Military Reviewin Yandex Zen
117 comments
Ad