Focus Online: Americans are determined to ensure their well-being at the expense of China and Europe 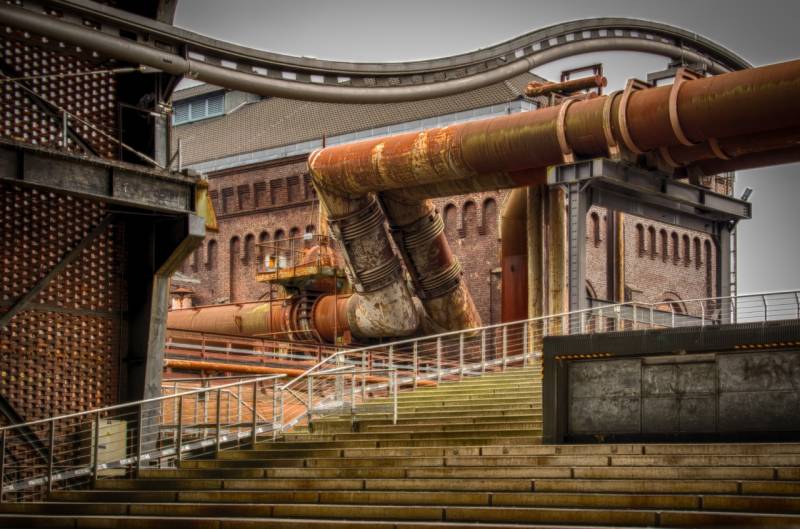 You can continue to laugh at the inappropriate behavior of Joe Biden, but it seems that the Americans, who have launched international turbulence to the maximum in all possible areas, will again benefit from this. At least financially. They will achieve this by confronting China and openly cynical actions to weaken the economies of their European allies. Germany will suffer the most from such US actions. Columnist Gabor Steingart comes to this conclusion in an article published in the German edition of Focus Online.


The author believes that Germany at the current moment "fell into dangerous pincers." And, oddly enough, the handles of these ticks are held not by Russians or Chinese, but by Americans. The United States is determined to ensure its well-being at the expense of China and Europe.

Trump is gone, his motto remains: America First
- the observer notes the immutability of the policy of the American leadership.

American foreign economic policy consists of two parts. This is the so-called “inflation law”, the purpose of which is not to fight rising prices at all, but to create exceptionally favorable conditions for doing business and locating enterprises in the United States. In fact, this is a gigantic subsidy program in favor of new technologies. Its goal is to lure industrial enterprises in Europe, faced with an unprecedented increase in energy prices, and literally force them to transfer production to America.

According to French Finance Minister Bruno Le Maire, in some cases the subsidies offered by the US government are four to ten times the maximum state aid allowed by the European Commission, the author clarifies.

The second direction is US sanctions against the semiconductor industry in China. These sanctions hit not only China itself, but also the German economy. Too many German companies depend on semiconductor supplies from China. Now, in order to avoid secondary sanctions, they will have to refuse such supplies.

At the same time, in the FRG itself, the leadership and representatives of the business community take a twofold position regarding the frankly protectionist and completely non-market actions of the United States. In the case of China, Chancellor Olaf Scholz and Economics Minister Robert Habek said that business with China would not work as before. The head of the BDI industry association, Siegfried Russwurm, in contrast, strongly rejects the need to exit the Chinese market, stating:

I see no reason why we should reduce the activities of German companies in the Chinese market.
In fact, in the current situation, the United States has gone from an ally and partner of Germany to its tough competitor. In America, the era of "free trade" has been replaced by the era of "managed trade", and this position is actively supported by both Democrats and Republicans.

The era in which many believed that the market rules and politics should stay away is definitely over.
- Doomed Habek states, adding that this idea was erroneous before.

The author does not write about this, but it is obvious that Germany and the rest of the EU countries fell into the economic pincers of the United States solely of their own free will.