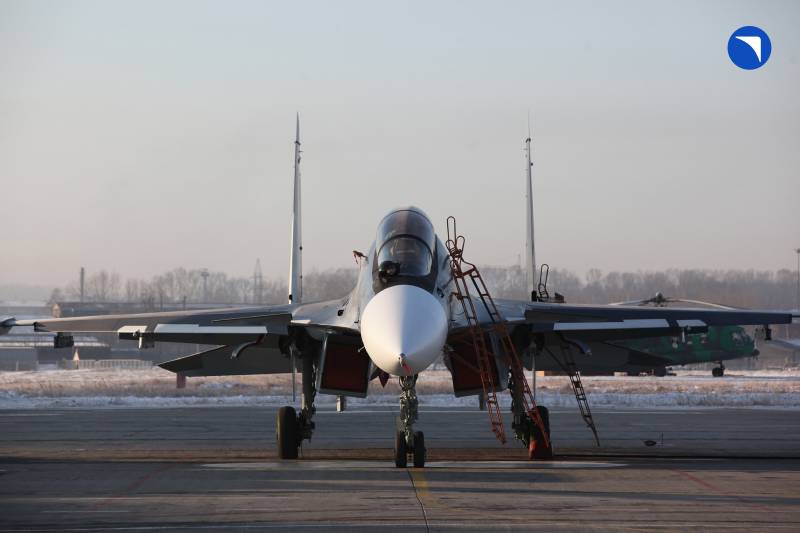 One of the Su-30SM2 of the second batch

Despite the difficulties, the Russian aviation industry continues to fulfill orders from the Ministry of Defense for the construction and supply of various equipment. The other day, another batch of new-build Su-30SM2 multifunctional fighters was handed over to the armed forces. They are made according to a modernized design and have a number of important advantages over their predecessors.

On November 21, the press service of the United Aircraft Corporation announced the transfer of a new batch of aircraft to the customer. The signing ceremony took place at the Irkutsk Aviation Plant, which is part of the UAC. It was attended by industry leaders and representatives of the military department. The Ministry of Defense received several Su-30SM2 fighters and Yak-130 training aircraft.

The exact number of cars of the two types is not specified. In addition, there are no tactical numbers in the published photographs of the equipment. At the same time, the characteristic coloring and identification marks indicate that the new fighters will go to serve in naval aviation.

During the equipment transfer ceremony, Minister of Industry and Trade Denis Manturov said that industry and the Ministry of Defense continue to work together, and the Coordinating Council under the government controls the implementation of work. In addition, everything possible is being done to develop the technical base of aviation enterprises, to saturate them with domestic equipment and machine tools. The volume of production is also increasing.

Yury Slyusar, General Director of UAC, noted that the Su-30SM2 has already shown itself to be efficient and reliable vehicles that meet the needs of the Ministry of Defense. According to him, another batch of such fighters is currently at the production stage. It is planned to transfer it to the customer before the end of this year.

In August of the year before last, within the framework of the Army-2020 military-technical forum, the Ministry of Defense and UAC signed a number of major contracts for the production and supply of one or another aircraft, incl. combat aircraft. One of these documents provided for the construction of Su-30SM2 fighters. As the domestic press soon reported, 21 such aircraft were ordered to upgrade the Navy's aviation fleet. 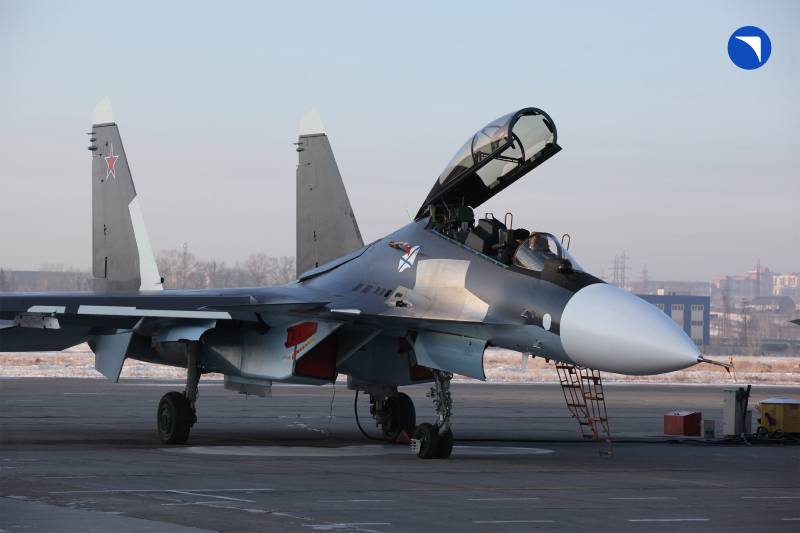 The Irkutsk aircraft plant from the UAC immediately set about fulfilling such an order, and soon the first results appeared. So, already in February 2021, the first aircraft of the new modification took to the air for the first time. In the future, the following machines came out for testing.

In January 2022, during the Single Day of Acceptance of Military Products, it was announced that in 2021 the plant had built, tested and handed over to the Ministry of Defense the first batch of new order fighters. The number of aircraft was not specified. According to various estimates, this batch included from two to four cars.

The new aircraft were received by the Naval Aviation of the Navy. They were transferred to one of the assault aviation regiments, at that time equipped with Su-24M front-line bombers. According to press reports, the equipment was received by the Baltic Fleet. The Ministry of Defense reported that the transfer of the regiment to the new Su-30SM2 will increase its combat potential by one and a half times.

Now the customer has accepted the second batch of several fighters. They will again be transferred to one of the naval aviation regiments, although the specific recipient remains unknown. At the same time, it is clear that such a delivery will positively affect the state and capabilities of the receiving part.

The industry announces the imminent delivery of the next batch of aircraft. Apparently, their construction has already been completed or is nearing completion. Until the end of the year, the equipment will pass the necessary tests and will be prepared for sending to the troops.

Thus, "UAC" continues to fulfill an order for two dozen Su-30SM2 for naval aviation and shows good results. Less than a year and a half passed from the receipt of the contract to the transfer of the first batch of equipment, and the next two are transferred within a year after it. This shows that the production of updated fighters has reached the required pace, despite all the existing difficulties. 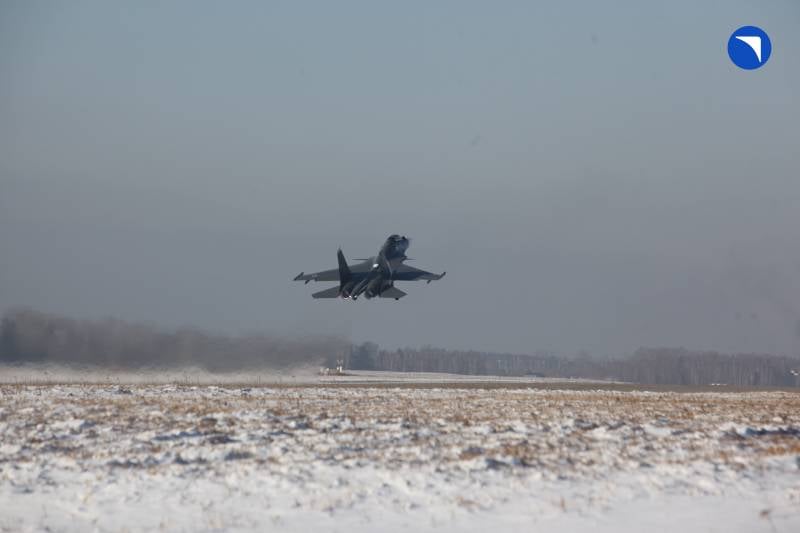 The Su-30SM2 is the newest version of the upgrade of the original multifunctional fighter. This project provides for the preservation of the airframe and a number of general aircraft systems while replacing some of the key components. New components and assemblies were borrowed from the Su-35S fighter, which made it possible not only to improve performance, but also to ensure unification.

Su-30 fighters of previous modifications were equipped with AL-31F/FP turbojet engines. The new SM2 version uses the AL-41F1S engine taken from the Su-35S. It has more traction and has other advantages. At the same time, thrust vector control is retained, giving super-maneuverability.

The avionics complex has undergone a major upgrade. The radar station was replaced, some units and instruments taken from the Su-35S were installed. Due to this, it was possible to increase the range and accuracy of detection and recognition of air targets, which has a positive effect on combat capabilities in general.

It is reported about the expansion of the range of ammunition. The upgraded fighter can carry new models of high-precision weapons to combat air, ground or surface targets. The range of weapons has been increased to hundreds of kilometers. At the same time, the exact list of compatible weapons introduced as part of the latest modernization has not yet been disclosed.

As a result, the Su-30SM2 can carry and use a wide range of weapons. To combat air targets, several types of air-to-air missiles with different characteristics are provided. For ground / surface targets, it is proposed to use free-fall bombs and unguided rockets, as well as high-precision systems of various types. Combat load - 8 tons.

The Su-30 multifunctional fighter of the first version was adopted by the Russian Air Force about 30 years ago. In the same period, industry, despite all the difficulties, mastered the mass production of such machines. Subsequently, a large number of modifications of this aircraft were developed, both for the Russian armed forces and for foreign customers. 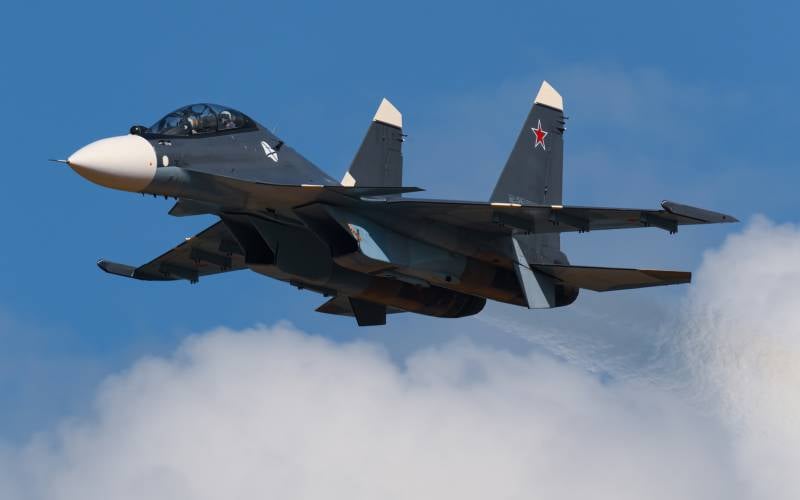 Fighter from the first batch transferred to the Navy in 2021
Currently, the Su-30 is one of the main fighters of the Russian aerospace forces and naval aviation. In total, there are more than 130-135 such machines in service. Moreover, they all belong to modern modifications. In particular, the most massive is the Su-30SM, which has been mass-produced since the beginning of the last decade.

Now the newer Su-30SM2 has gone into production. In fact, it is an updated Su-30 platform with electronics and a power plant of a newer and more advanced Su-35S. Such an aircraft combines the best qualities of the two existing types, both technical and operational or economic.

With the help of the new Su-30SM2, the Navy aviation fleet is being updated. Such fighters are delivered to units and gradually replace older types of equipment. available fleet there are already more than two dozen Su-30s of previous modifications, and due to the current contract, the number of such equipment will double. Correspondingly, the average age of the fleet of naval aviation will be reduced, and its capabilities will also increase.

Serial production of the modern Su-30SM2 began not so long ago, but it is already showing some success. The first two batches of such equipment were handed over to the customer, and the third is expected in the coming weeks. The exact number of aircraft in the three batches is unknown, but it is clear that we are already talking about fulfilling a significant part of the current contract.

Thus, in the near future, the Irkutsk Aviation Plant and UAC will complete the implementation of the current contract, and the Navy's aviation will have the required number of modern fighters. The Ministry of Defense has not yet disclosed its future plans, but it can be expected that in the future the Su-30SM2 will remain in the series and continue to enter the troops.