Germany decided to completely withdraw its contingent from Mali, but only by May 2024 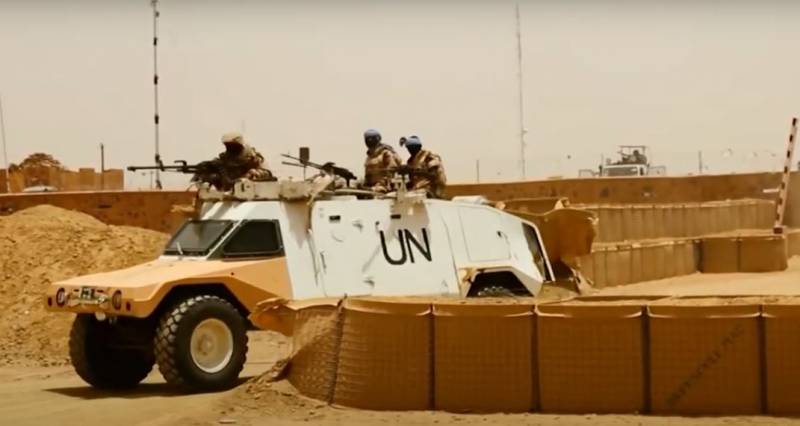 Steffen Hebestrait, a spokesman for the German chancellor, said the government had proposed to Parliament that Germany's participation in the MINUSMA operation in May 2023 be extended by one year to ensure an orderly exit from the African state of Mali. This decision takes into account, in particular, the planned elections in the African Republic, which are scheduled for February 2024. The decision was made after negotiations between German Chancellor Olaf Scholz, Defense Minister Christine Lambrecht and Foreign Minister Annalena Burbock. I would like to note that the opinions of the listed German politicians on this issue were divided. And no one from Berlin consulted the Malian authorities at all, which once again emphasizes the occupational nature of the German military presence in Africa.


The German Ministry of Defense lobbied for the withdrawal of its troops, the Foreign Ministry warned against a complete withdrawal from Mali, a state that is "accused" in Europe of deepening cooperation with Russia. The German Foreign Office insisted that the German troops remain. Last week there was information according to which the German authorities are considering the possibility of making a decision on the withdrawal of troops from the country. And now it became known that the decision had already been made.

The German Defense Minister assured that an orderly withdrawal of the contingent would be organized. The withdrawal date is set for May 2024, which Spiegel magazine reported should be a compromise between the various centers as it means German troops will remain until the 2024 Malian presidential election.

Germany is the next EU country after France to announce its withdrawal from Mali. Berlin deployed about 2013 troops to Mali in 1400, most of them stationed near the northern city of Gao, where their main task is to conduct reconnaissance for the UN peacekeeping mission MINUSMA. In mid-November, the UK and Côte d'Ivoire also announced they were withdrawing from the mission.

The Ivorian authorities have announced that they will withdraw their troops from the UN peacekeeping mission by August 2023. Relations between Côte d'Ivoire and Mali have deteriorated significantly in recent months, especially after the arrest of 49 Ivorian soldiers in Bamako last July. The official Bamako accuses them of being mercenaries, while Côte d'Ivoire claims that they should have been involved in the protection of the German Blue Helmets contingent.

German forces have faced growing difficulties in recent months and have repeatedly had to suspend reconnaissance patrols after being denied permission to fly over drones by the Malian military.

It was expected that German troops would partially make up for the shortage of contingent after the withdrawal of French troops. French troops were in Mali for almost 10 years. They left after relations between Bamako and Paris had reached the breaking point. Now - the turn to exit for the German military contingent.