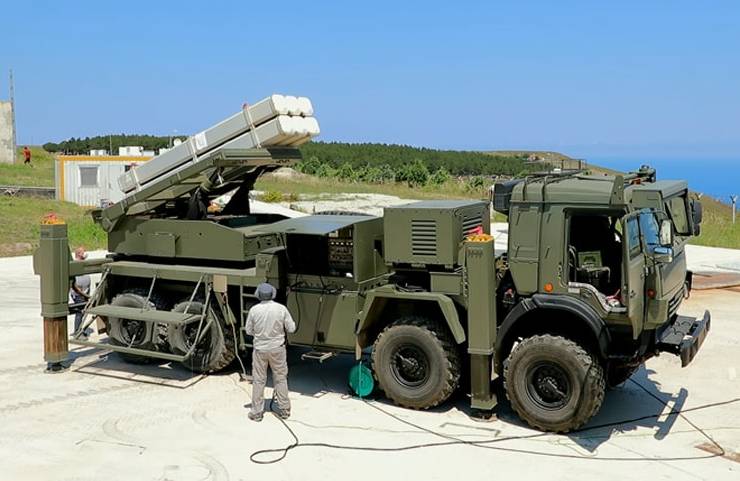 MLRS TRG-230 based on the universal launcher MBRL

In recent months, Ukraine has lost more than 900 multiple launch rocket systems and is now trying to make up for the losses with foreign equipment. The other day it became known that the Turkish MLRS TRLG-230 became the next imported model in service with Ukrainian formations. Detailed information on the supply of such equipment is not yet available, but the available data allow us to draw some conclusions.

On November 21, the well-known resource Oryx published an article about the military-technical cooperation between Turkey and Ukraine in recent months, after the start of the Russian Special Operation. It lists various models of Turkish-made weapons and equipment that were transferred to the Ukrainian side. At the same time, one of these deliveries is mentioned in the open press for the first time.

Oryx reports that back in the summer, Ukraine received TRLG-230 multiple launch rocket systems manufactured by the Turkish company Roketsan. More accurate information about delivery times, quantity of equipment, etc. not given. At the same time, the resource assessed the potential of the Turkish MLRS when used in conjunction with reconnaissance and strike UAVs, also supplied by Turkey.

Soon, information about the delivery of Turkish MLRS was confirmed by the Ukrainian media. However, no further details were provided. However, a video has been released showing the TRLG-230 system in a war zone. Only one combat vehicle is demonstrated at a firing position and the launch of one rocket projectile. When and where this video was filmed is unknown. At the same time, it is made in black and white, which makes it difficult to determine even the approximate shooting time.

Thus, at the moment, only the very fact of the delivery of Turkish-made MLRS is reliably known. The amount of equipment that ended up in Ukraine, and ammunition for it, remains unknown. Also, there is no exact information about the combat use and obtaining any results. The published video with the launch of one rocket “in that direction” does not reveal these issues in any way.

The destruction of TRGL-230 systems has not yet been reported either. However, the experience of recent months shows that any sample of foreign equipment that got to Ukraine quickly fills up the list of losses. If Turkish MLRS really appeared in the combat zone, news their defeat will not be long in coming. 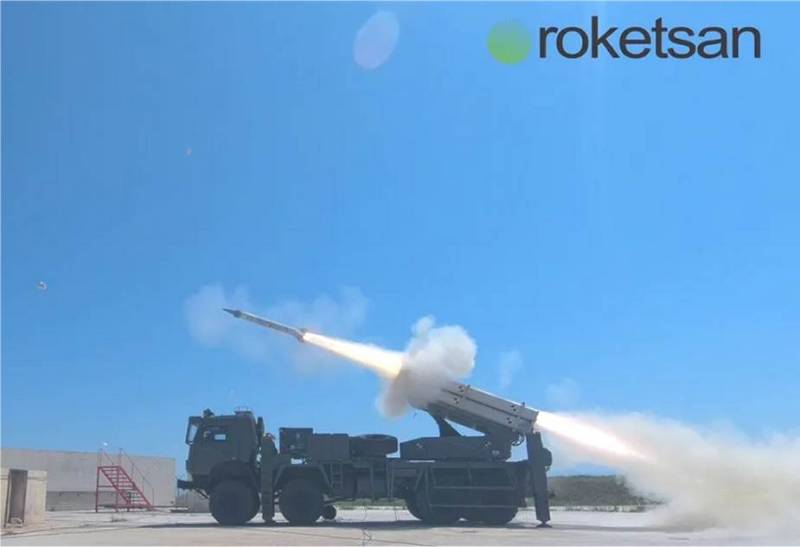 The Turkish defense industry, represented by Roketsan, has extensive experience in creating multiple launch rocket systems - several such projects have been developed in recent decades. MLRS TRG / TRLG-230 is the newest development of its kind. The system was created at the end of the tenth years, and its official presentation took place last year at the IDEF-2021 exhibition.

TRG-230 was designed as a modern mobile rocket artillery system with a long range and increased accuracy. Such tasks were solved both with the help of well-known and proven solutions, and due to new components. In particular, one of the variants of the rocket projectile received laser guidance, which is uncharacteristic for such ammunition.

Roketsan is actively promoting its MLRS in the international market and has generally succeeded in this. In January 2022, it became known about the first export contract for the supply of TRG-230. The first customer of this product was the armed forces of Bangladesh, and at the time of the appearance of such news, they managed to receive several new MLRS.

No other foreign orders have been reported until recently. The Turkish army also does not show visible interest in a promising system. Now it became known that a few months ago at least one system went to Ukraine. Whether this was a direct order from the Kyiv regime, or the equipment was built at Turkish expense as assistance, is unknown.

From the point of view of the overall architecture, the Turkish TGR / TRLG-230 does not differ from the mass of other MLRS. The main component of the system is a self-propelled combat vehicle of the MBRL type on a wheeled chassis, equipped with a universal launcher for various types of rockets. Such a system is able to quickly reach a given position and attack various enemy targets at tactical depth.

Experienced and well-known serial MBRLs are built on a four-axle chassis of the Russian KamAZ plant. The original machine is supplemented with leveling jacks and a casing with the necessary equipment behind the cab. The turntable with the launcher is placed at the rear of the cargo area. It accommodates six transport and launch containers with 230-mm rockets. 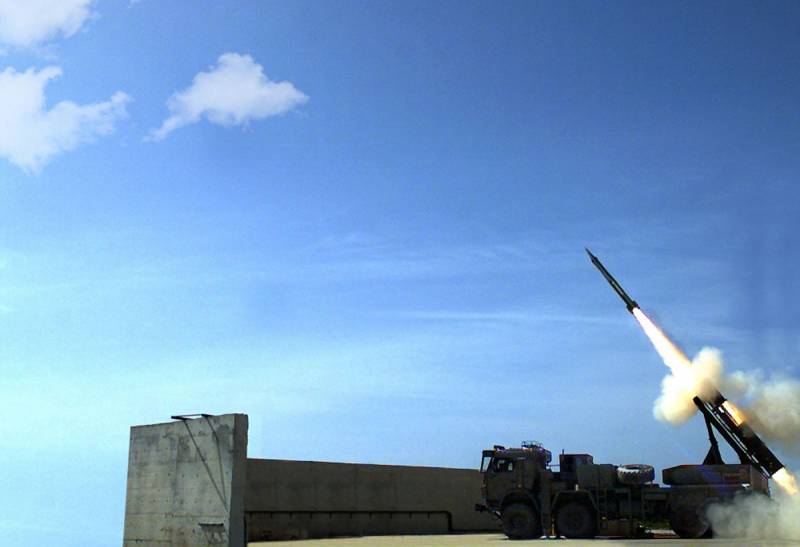 The THR-230 uses the Turkish-designed self-propelled guided missile of the same name. This is a product weighing 215 kg, built in a case of variable diameter with a maximum caliber of 230 mm. Guidance and warhead are placed in the head of the rocket, and the rest of the hull is given over to a solid-propellant engine. Launch range - from 20 to 70 km.

There are two modifications of the rocket with different correction / guidance methods. The first is equipped only with navigation aids, inertial and satellite (including those based on Russian GLONASS signals). In the second case, navigation is supplemented by a laser seeker - this version of the system is called TRLG-230. According to data from navigation aids or seeker, the autopilot controls the rudders and corrects the flight path. For a missile of the basic configuration, the KVO does not exceed 10 m.

Both missiles are equipped with a high-explosive fragmentation warhead weighing 42 kg. Targets within a radius of at least 50-55 m are exposed to ready-made submunitions in the form of small balls. The fuse provides detonation upon contact with the surface or at a given height.

In general, the Turkish MLRS TRG / TRLG-230 is a rather interesting model. It is similar to other multiple launch rocket systems, but has different features and capabilities. At the same time, not all the existing differences are unequivocally positive and give only advantages.

So, you should consider the declared characteristics of missiles. Two such products are made in 230 mm caliber, and in this respect they are similar to shells for the Russian Uragan MLRS. However, Turkish ammunition has a range of up to 70 km, which makes it possible to compare them with the missiles of the Russian Smerch.

At the same time, TRG-230 loses to both Russian MLRS in terms of payload and impact on the target. The rocket from Roketsan carries a 42-kg warhead, while products for the Hurricane, despite the smaller caliber, deliver at least 90 kg of load to the target. In addition, the Turkish projectile has only one type of equipment. 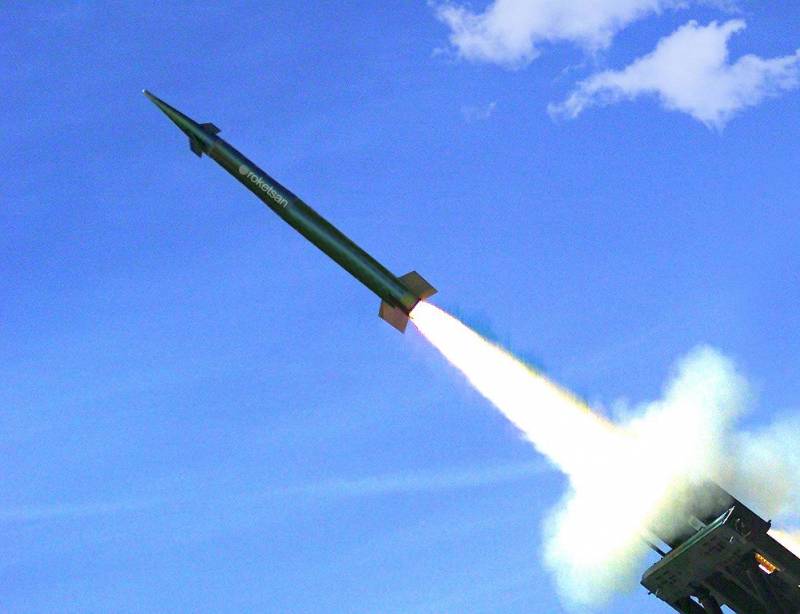 Rocket close up
The TRG-230 project provides for equipping the missile with trajectory correction tools that increase the accuracy of the hit. Such systems are typical for all modern MLRS, and the Turkish product does not receive any advantages over foreign competitors.

At the same time, a laser-guided missile was developed - a unique munition for the MLRS. Such a product is capable of hitting a specific object illuminated by a laser designator. With the appropriate reconnaissance and illumination equipment, the TRLG-230 rocket turns a conventional MLRS into a long-range and high-precision weapon. At the same time, the increase in accuracy can compensate for the restrictions on the mass of the warhead.

Thus, from a technical point of view, the Roketsan TRG-230 MLRS is a modern and interesting model with special capabilities. It is quite able to interest potential buyers and find its place in the market. At the same time, customers can be attracted not only by advertising materials, but also by the results of real combat use.

It is possible that several of these MLRS were transferred to Ukraine not only as assistance. The Turkish side can plan a full-fledged advertising campaign - as was already the case with drones. In this case, TRG-230 will be praised in every possible way and demonstrate the results of combat use. At the same time, they will try to hide any problems, losses, etc.

It should be noted that the success of such an advertising campaign immediately raises doubts. It is unlikely that a large number of MLRS were transferred to Ukraine, and several vehicles will not be enough to make up for the losses of the past months. In addition, Ukrainian artillery should not hope for outstanding results in combat use. In particular, for the reason that the Russian air defense has learned to shoot down missiles of various multiple launch rocket systems, and other types of troops deliver effective retaliatory strikes.

Thus, another country is transferring modern weapons to the Kyiv regime. At the same time, the visible features of such a supply indicate that its purpose is far from helping "in the struggle for the ideals of democracy." The Turkish side sent its TRG-230 MLRS for additional tests in a real conflict, as well as to demonstrate equipment for promotional purposes.

It is unlikely that Turkey and Ukraine should count on outstanding results and expect that a few MLRS will be able to change the situation on the front. However, the real state of affairs does not at all prevent them from talking about outstanding successes, victories, etc. - in order to create the necessary image and advertising. However, it is not yet clear how potential customers will react to such advertising.