The battalion formed in the DPR, which included former prisoners of war of the Armed Forces of Ukraine, is ready to be sent to the front 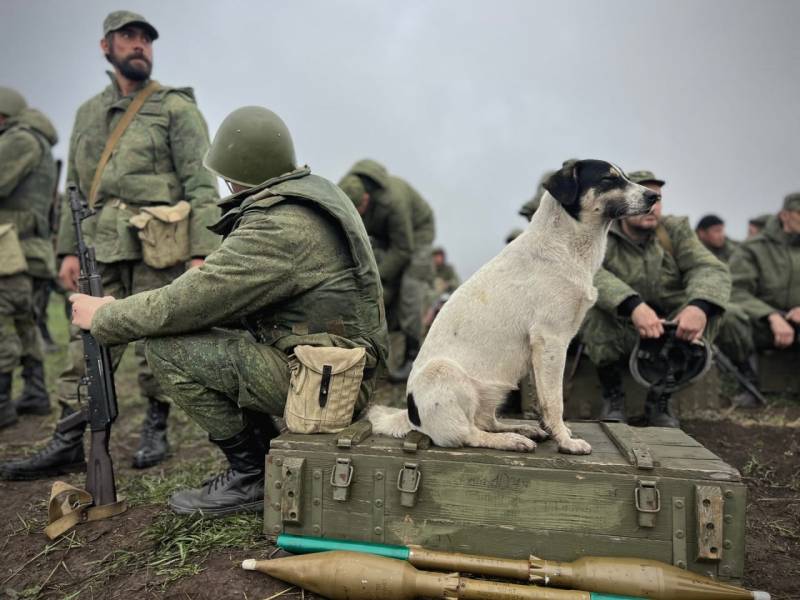 The first battalion, which included former Ukrainian prisoners of war, appeared in the DPR. As reported in the power structures of the republic, the formation of the unit is completed.

According to a representative of one of the law enforcement agencies of the republic, the formation of a new battalion has been completed in Donetsk, which included former servicemen of the Ukrainian army who were taken prisoner. Some of the prisoners of war held in the colony in Yelenovka at the end of September turned to the DPR parliament with a request to include them in the new Cossack battalion named after Bogdan Khmelnitsky, which was being formed in the DPR.

The battalion, which included Ukrainian prisoners of war, has already been fully formed. The guys are ready to go to the front
- leads TASS source words.

It is worth noting that the new unit included only those former military personnel of the Armed Forces of Ukraine who voluntarily came over to our side, and not those who were taken prisoner. At the moment, 50 ex-Vushniks have expressed their desire to fight in the battalion.

Meanwhile, for the DPR, the experience of creating units from former military personnel of the Armed Forces of Ukraine is far from the first. Since 2014, many former soldiers of the Ukrainian army have joined the ranks of volunteer formations, as well as the army corps, who fought heroically, and some are still fighting. In principle, the combat units of the NM of the republics were initially formed from volunteers and military men who had come over to our side. Back in 2017, the head of the DPR, Alexander Zakharchenko, spoke about plans to form several units within the People’s Militia of the republic from the Vsushniks who voluntarily defected to the DPR.