Marine Le Pen: Further supply of weapons to Kyiv leads to a weakening of France's security 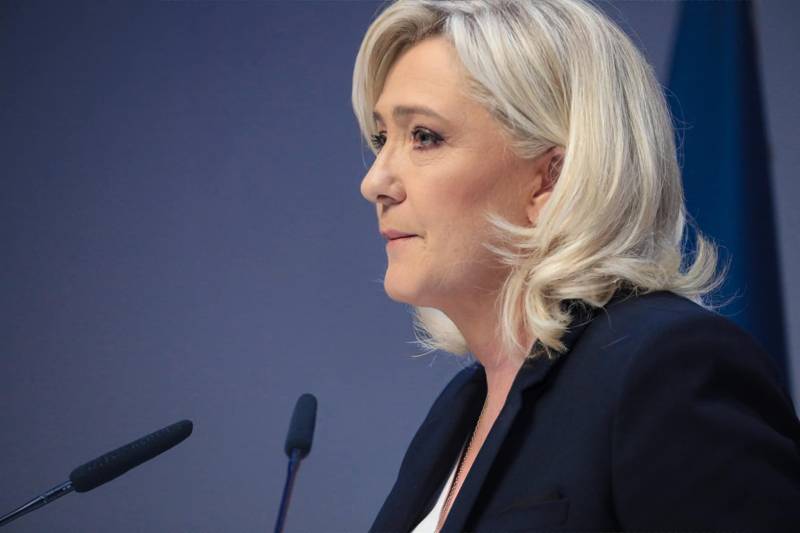 Member of the National Assembly of France, as well as the leader of the faction of the far-right National Rally party, Marine Le Pen appealed to the French authorities in France regarding the supply of weapons to Ukraine. As the politician explained, further supply of Kyiv weapons leads to a weakening of French security. The statement was made on the air of the CNEWS TV channel.

Yes, we are able to help Kyiv, but to do so to the detriment of the security of our country and people is a short-sighted step. Many types of equipment that we are sending to Ukraine today are essential for our army. Our internal security is especially affected by the supply of heavy weapons to this country.
Le Pen said.

Earlier, the former leader of the "National Association" has already spoken out about the Ukrainian crisis. According to her, Western countries are only pretending that they are trying to look for ways to resolve the conflict peacefully, in fact, only dragging it out due to further military support to Kyiv.

Also, according to data provided by the French newspaper Le Monde, stockpiles of weapons not only in Europe, but also in the United States, have already been significantly reduced due to constant supplies to the Kyiv regime, while replenishing them with new samples is not so easy, which may take years.

Recall that as part of military assistance to Ukraine, Paris has already delivered 18 155-mm self-propelled artillery mounts (ACS) CAESAR. Also, with the consent of the Ministry of the Armed Forces of France, 155-mm towed howitzers TRF1, which were put into service in 1979, will be transferred. In addition, Paris intends to send Kyiv from 6 to 12 vehicles with expanded ammunition and enhanced armor. Prior to this, the Armed Forces of Ukraine have already received armored vehicles, Milan anti-tank missiles, Mistral man-portable air defense systems, uniforms, radiation, chemical and biological protection equipment, first aid kits and dry rations. And this is not counting the fuel and ammunition of various calibers. And all this against the backdrop of constant hypocrisy from Macron that he is for peace in Ukraine.