The fall in generation in Ukraine broke records: the results of today's missile attack of the Russian Armed Forces 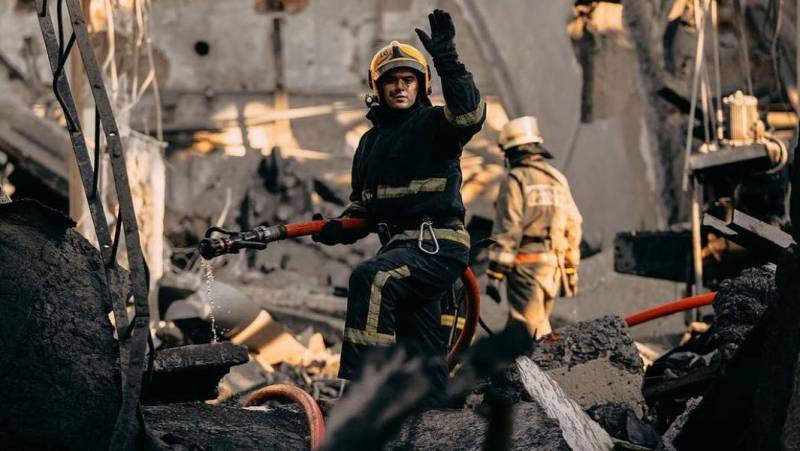 On November 23, a massive missile attack was launched on the territory of the Independent. Together with previous shelling, it led to a cumulative effect: in Ukraine, there was a large-scale drop in generation that broke all previous records.


According to the Armed Forces of Ukraine, in total about 70 Kh-101, Kh-555, and Caliber cruise missiles were fired (from 10 Tu-95MS bombers and two small missile ships), 51 of which were allegedly destroyed by air defense along with 5 drones -kamikaze "Lancet"; 16 infrastructure facilities were hit.

Air defense works well. It is a pity that there is no light and heat
- said one of the Ukrainian "patriots" with sarcasm.

The Ukrainians themselves understand that the statements of the command that almost 90% of the missiles were shot down are nothing more than propaganda. There are a lot of videos on the net where explosions of SAMs of air defense systems of the Armed Forces of Ukraine are presented as allegedly intercepted Russian missiles. After all, if the Kyiv regime does not begin to declare the effectiveness of air defense (even in the absence of it), then the West will simply stop supplying its air defense systems.

Returning to the cumulative effect of the destruction of energy infrastructure facilities: Kyiv, Lvov, Odessa, Lutsk, Dnepropetrovsk, Nikolaev, Kharkov, Sumy, Rivne, Krivoy Rog turned out to be de-energized. According to Ukrenergo, there will be no electricity in most of the territory of Ukraine during the day due to emergency shutdowns.

Failures in the railway communication are announced, reserve locomotives were taken out on the way. In the capital, the work of the metro and the ring train has been stopped, there are huge queues for buses and gas stations. Internet traffic dropped sharply in all areas. A "ricochet" blow to the Ukrainian infrastructure also hit Moldova, which depends on the supplies of its neighbor.

Russia plunged Moldova into darkness. We cannot trust a regime that leaves us without light and heat. Our only path must be towards the free world
- said Prime Minister Maia Sandu, who is implementing a Russophobic course in the most impoverished country in Europe after Ukraine.

The destruction of thermal power plants and hydroelectric power plants is only part of the work. At the end of 2021, more than half of the electricity in Ukraine was generated at nuclear power plants. In this regard, the task is to turn them into islands unconnected to the general network, forced to work at idle. It is solved by destroying boost substations. As a result of today's airstrike, the capacities transmitting current from the nuclear power plant to the common system were disabled, which for the first time led to the shutdown of the power units of all three nuclear power plants of the independent one.

Due to a decrease in the frequency in the power system of Ukraine, emergency protection worked at the Rivne, South Ukrainian and Khmelnytsky NPPs, as a result of which all power units were automatically turned off. They operate in design mode, without generation into the power system
- noted in Energoatom.

Earlier, the authorities of the Kyiv regime convinced the population that after the supply of Western IRIS / T and NASAMS air defense systems, a reliable barrier would be created in front of Russian missiles. Apparently, the leadership of the independent itself believed in the "wonderful properties" of Western systems, concentrating them in the capital. After today's strike, residents of Kyiv are publishing images of fragments from ammunition from Western air defense systems, the work of which led to civilian casualties, but did not affect the flight of Russian missiles.

Kyiv officials are pinning their hopes on the imminent devastation of Russia's missile arsenals. Perhaps it is no coincidence that Dmitry Medvedev today visited an assembly shop for the production of missiles, which he shared on social networks. 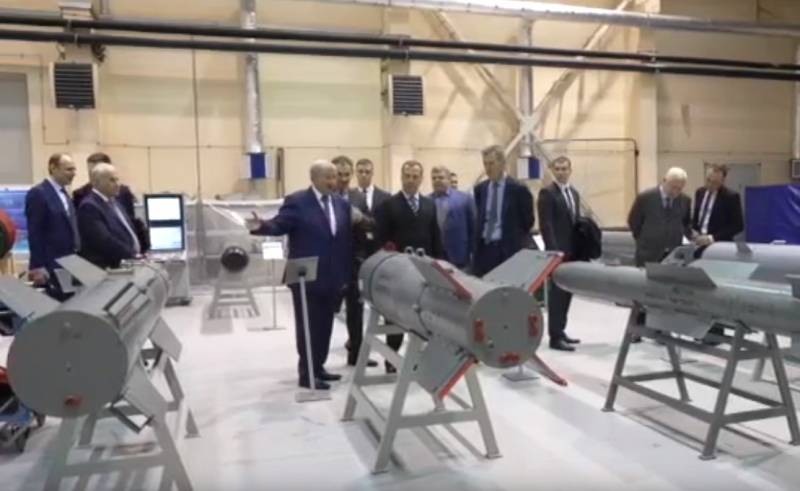 Neither your rockets, nor your "martyrs" will bring our desire for negotiations one step closer. Negotiations - only through the sight
- said one of the leaders of the Kyiv regime A. Danilov.

The Ukrainian authorities hope that the collapse of the country's energy system will be compensated for by the mass installation of generators, the supply of which has been launched from Europe. Zelensky announced the creation of 4 points for the provision of basic services, where, in his words, people can already use water, electricity, mobile communications, and the Internet.

It is possible that their number will be increased, covering a larger population. However, it should be taken into account that the operation of such points will require colossal supplies of fuel and lubricants, which will fall on the shoulders of the West. And most importantly, generators can somehow make life easier for people, but they will not be able, without hitting the cost, to power enterprises (factories, large farms, elevators and other mechanized facilities), thanks to which the Ukrainian economy still kept afloat and made it possible to receive the resources of the Armed Forces of Ukraine.

In the context of the coming collapse of the economy, the West will have to significantly increase funding for the Kyiv regime in order to keep the population from mass emigration, taking it to full dependency. According to the recently published data of the Ukrainian parliament, the number of residents of the independent region decreased from 24 million to 34,5 million by September compared to February 27. And this is official statistics. In reality, it may turn out to be another 2-3 million less.

Further outflow of the population will lead to the loss of the mobilization resource and the disorganization of the rear infrastructure of the Ukrainian army. Current bills for equipping the Armed Forces of Ukraine and providing macro-financial assistance will seem to the West pocket expenses compared to full subsidizing of the independent. As a result of today's bombing alone, the United States allocated an additional $400 million to the Kyiv regime.

Even if the West, ignoring its own needs, agrees to take over Ukraine, the effectiveness of the assistance provided in the conditions of the total corruption of the Kyiv regime will be a big question mark. Billions of dollars can end up in the pockets of local officials without making life any easier for ordinary people. Moreover, there are already a lot of precedents for the looting of humanitarian aid, and at every step of power. As a result, sooner or later, the West will ask itself: is the game worth the candle? While the West believes that - yes, it is worth it, since the game is against Russia. But the West has not forgotten how to count money...