October 31 2012
18
The main mission of the RK “Relief” is the solution of operational and strategic tasks for hitting continental targets according to previously known coordinates. He ensured the fulfillment of the assigned tasks in any conditions, day and night, without restrictions on location during the implementation of the volley.

The development of a new ground-based complex was conducted in pursuit of the American counterpart of the RK Gryphon with the Tomahawk missile. According to the task, the work on the creation of the RK "Relief" was required to be completed in two years.

The development and design of the Republic of Kazakhstan with the KDBM of the sea (C-10 "Pomegranate") and air-based (X-55, adopting -1982 year) begins at the end of the 1976 year. Informally, ground-based development begins in the 1983 year. Officially, the RK “Relief” is being developed by resolution of the CM and the Central Committee of the party No. 04.10.1984-108 from 32 of the year. The basis is the development of the marine RK "Pomegranate" and the KNBT 3М10 developed for it. The complex receives the name "Relief" and develops the KDB KS-122 for it. The development was entrusted to the Sverdlovsk design bureau Novator, the management was carried out by the deputy GC A.Usoltsev, led by the design team of the GC L. Lyulev. Responsible for the creation of a new complex from the ministry is appointed Deputy Minister M. Ilyin. 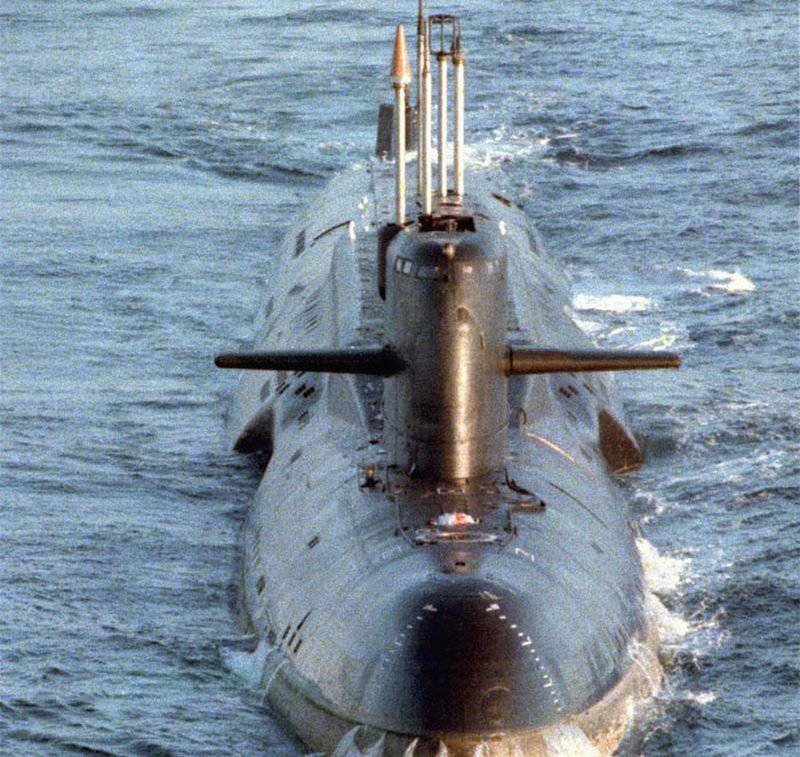 Creation of a launcher, vehicles for transportation / loading and control, a ground set of equipment was entrusted to the Sverdlovsk enterprise Start. The equipment for pre-launch preparation, the system for processing and entering design data with the onboard equipment of the rocket was created at the Moscow Scientific Research Institute-25.

The first prototypes of machines used in the Republic of Kazakhstan "Relief" were built at the enterprise "Start" in a very short time - in 1984, they began to undergo sea trials. All tests of the complex were carried out at the Akhtuba training ground of the USSR Ministry of Defense No. 929. In total, during 1983 1986 testing, the 4 rocket models were launched and the 6 combat missiles were fully loaded. State tests began in 1985 year, they were held at the same site.

The head of the State Reception of the Republic of Kazakhstan "Relief" was the then commander-in-chief of the Soviet Air Force A.Efimov. In 1986, the complex successfully passed the stage of state tests and was put into service. Serial production was conducted at the Sverdlovsk machine-building plant named after Kalinin, where all the necessary documentation for the RK "Relief" was transferred.

The fate of the complex
The plant managed to release only one batch of new RC-55 “Relief” with a KS-122 rocket when the Soviet Union and the United States signed the Treaty on the Reduction of INF in the 1988. The complex was given under this Agreement. Specialists were sent from the United States and the entire recently released batch was disposed of at an air base near the city of Jelgava. The start of disposal is September 1988 of the year, 4 units of the KDB KS-122 were immediately destroyed. The last destruction works were carried out in October 1988. The last one destroyed a rocket, on which they measured the full weight (they used conventional diesel fuel injection tanks) at the request of the Americans. 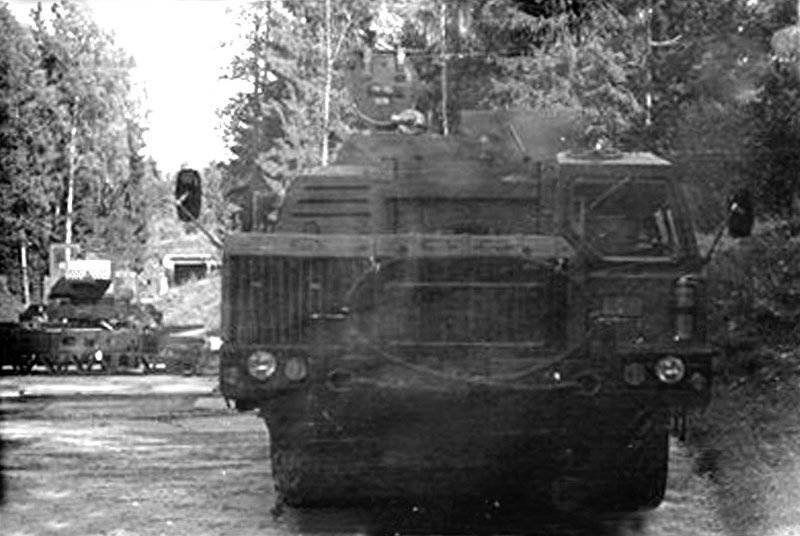 The launcher was created on the basis of the MAZ-79111 / 543М chassis as an autonomous self-propelled launcher with the 9В2413 index under the 6 КРБД. The composition of the equipment installed on the launch: navigation equipment, orientation and topographical reference, automatic production of the launch of the rocket and equipment for entering flight data. Position area of ​​work - five hundred kilometers. In the course of the work, it turns out that the usual placement of six missiles will pose a danger in the form of chassis overload, which will lead to a decrease in the mobility and launch characteristics of the missiles. Therefore, it is decided to execute the rocket with the swinging part of the launcher in a single unit. A special launch control system is being developed. Electrical connection plug performed in the back of a single unit. 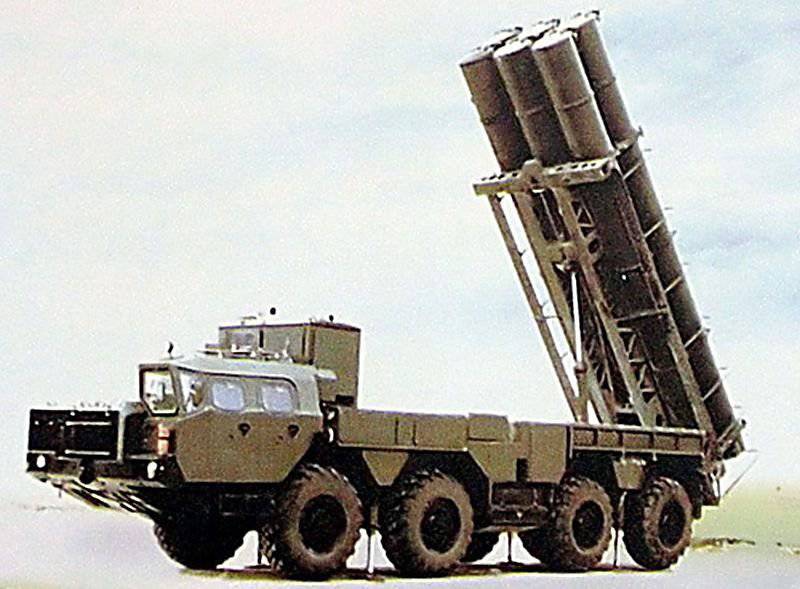 КРБД КС-122 is created according to the normal aerodynamic scheme with a folding wing and intra-fuselage engine installation. Handlebars of height and the direction also folding type, all-turning. The installed guidance and control system is completely autonomous of inertial execution with correction based on the relief data of the correlation extremal correction system, which includes: on-board computer, system for storing digital data of correction matrix maps and flight data, radio altimeter. The onboard guidance system and the rest of the onboard equipment was created by the Moscow Scientific-Research Institute of Instrument Engineering. It has a block version, in separate enclosures. 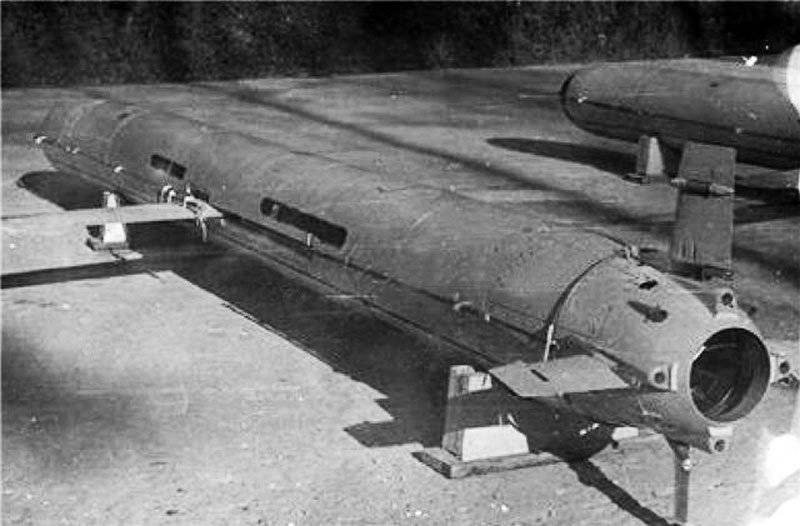 The internal body propulsion system was developed at the Omsk design bureau of the motor-building industry and at the production association Soyuz. At first, Omsk designers developed a compact marching turbofan of intra-body performance. The latest development was called 36-01 / TRDD-50. He developed 450 kilogram traction. Work has been going on since 1976. Tests in 1980 year for the complex "Rainbow" were recognized as successful. Somewhat later, successful tests were carried out for the “Relief” complex. However, for the KS-122 rocket, the P-95-300 engine developed by Soyuz INGO was chosen. The engine developed kilogram traction in 400 and was produced at a plant in Zaporizhia.

Data for RC-55 "Relief"
On 1988 of the year, 6 units of autonomous SPU with 80 ammunition missile systems KS-122 were produced. All of them were in trial use near the city of Jelgava, Latvian SSR. At the end of 1988, rockets were disposed of at the airbase there. Most likely, a little more rockets were produced, however, according to the available data, only the missiles of the experimental complex were received for disposal. It is about 80-84 KBR KS-122. 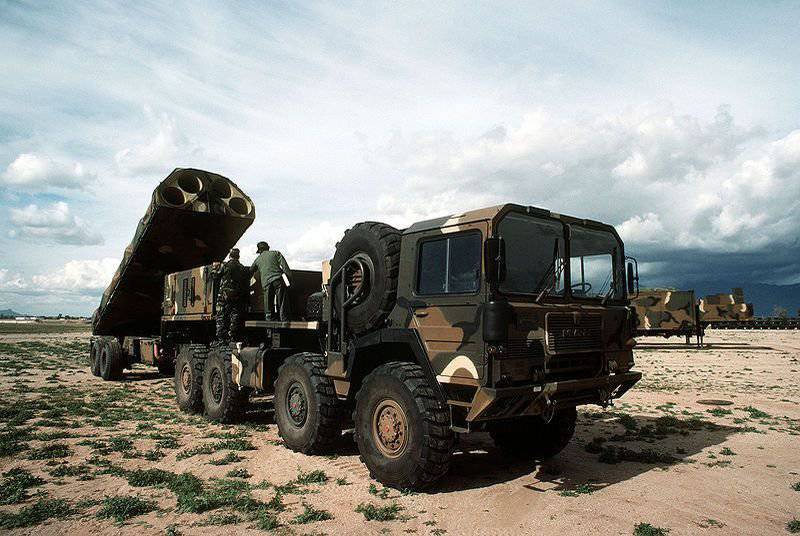 The first launch of the rocket declared successful was made at the beginning of 1982 of the year. And in 1983, the first production models began to come into service.

Total serially released about 560 cruise missiles to provide the American missile system. Slightly less than 100 rockets remained in the United States, the rest were to be received for deployment in European countries.

The capabilities of the rocket compared to the Soviet counterpart were less effective:
- small EPR;
- range to 2.5 thousands of kilometers;
- average flight altitude 30-40 meters;
- Warhead power up to 150 kilotons.

The guidance system combined performance. The Soviet KS-122 rocket here was almost not different from the US BGM-109. She had an inertial system and correction along the contours of the terrain created by TERCOM. It also includes an on-board computer and a radio altimeter. The data stored in the on-board computer made it possible to determine the location during the flight with increased accuracy, the QUO was about 20-30 meters.

The main purpose was to disable the enemy launch vehicles with strategic missiles, military airfields, various bases and the accumulation of manpower and equipment, strategic air defense facilities, destruction of large strategic facilities such as power plants, bridges, dams.

In addition to the ground version, developed a modification of the rocket for the Air Force. In the 1980 year, when studying the results of the competition, in which AGM-86B from Boeing and AGM-109 (modification BGM-109) from General-Dynamic, the military chose a Boeing company.

According to the signed Treaty with the Soviet Union, all launch and cruise missiles of the Gryphon complex were utilized in the United States. The latest BGM-109G rocket was reclaimed by the 31.05 1991 of the year. The estimated cost of one BGM-109G is just over one million dollars (for 1991 a year). Eight rockets were “disarmed” and sent to museums and expositions.