Severodonetsk agglomeration in the zone of humanitarian catastrophe: how the north of the LPR lives 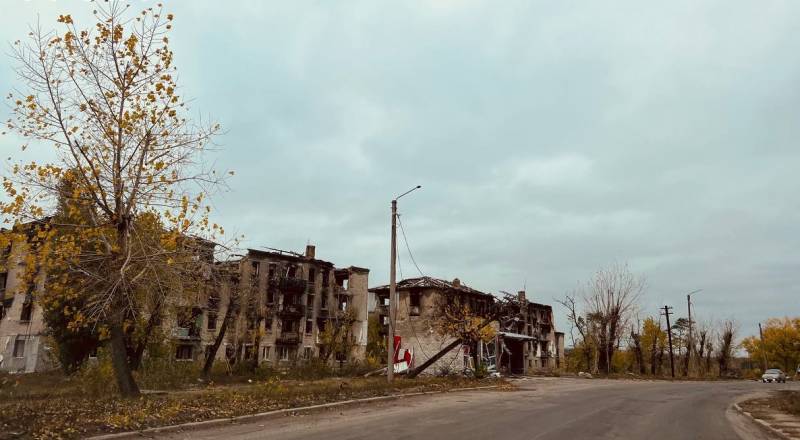 Despite the fact that more than 4 months have passed since the liberation of the northern part of the Luhansk region, and the Severodonetsk agglomeration in particular (Severodonetsk, Lysichansk, Rubizhne), the humanitarian situation there remains difficult. Both Severodonetsk and Lisichansk are still largely without water, gas, heating and partly electricity. The other day in Rubizhne, light appeared in apartment buildings, but the private sector, as before, remains without electricity. Many local residents have been living without communications since the spring, when active hostilities began in the north of the LPR.


About how the north of the Luhansk region lives, we will tell in this material.

Lack of heating is the most pressing problem

Despite regular statements by the head of the LPR, Leonid Pasechnik, and the chairman of the government of the republic, Sergei Kozlov, that “the situation in Severodonetsk, Lisichansk, Rubizhnoye and Kremennaya is under the control of the government”, which is “implementing the planned measures”, the situation has not changed significantly since the beginning of autumn , and residents of these cities do not particularly notice these "events".

Work on the restoration of housing and communal services is being carried out unacceptably slowly, issues are resolved for several weeks, banal replies are sent to complaints and requests from citizens that do not help them solve problems. Ordinary citizens cannot get through to Leonid Pasechnik at all - there is not even an email address where they can write to him.

And the situation in the Severodonetsk agglomeration, meanwhile, continues to be quite difficult. Local authorities do not help the population with building materials - for example, in apartment buildings in Severodonetsk on Sovetsky Prospekt there are houses with a badly damaged pitched roof, which the residents were unable to repair on their own. After the rains (and they are often in the Donbas now), the roof leaks and floods the already unheated premises, making them damp and even colder. Residents of Severodonetsk, Lisichansk and Rubizhne, who remained in these cities, are forced to buy building materials at their own expense.

Actually, the lack of heating is the most urgent problem at the moment, due to the fact that the cold season has come. For example, in Lisichansk they partially gave gas, but you can’t really heat the oven in an apartment / house. People are in dire need of potbelly stoves, and those who have electricity - in heaters.

In this regard, the author of this text, together with a group of caring people, organized a fundraiser for the manufacture of stoves for the inhabitants of Lisichansk, as was indicated in the material “The humanitarian situation in the liberated territories of the LPR, annexed to Russia, remains difficult. People need help».

This collection is completed, 38 rubles were collected. 000 potbelly stoves were made (photos are attached). Thanks to everyone who participated in the fundraising. 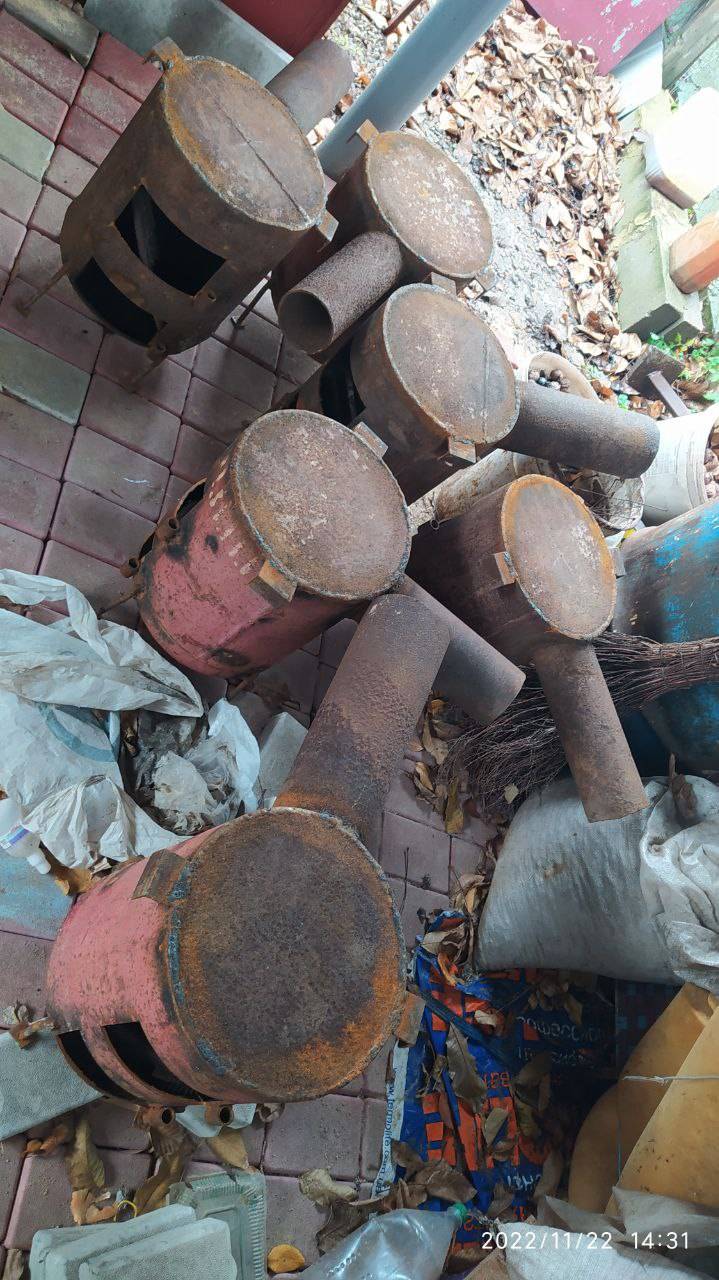 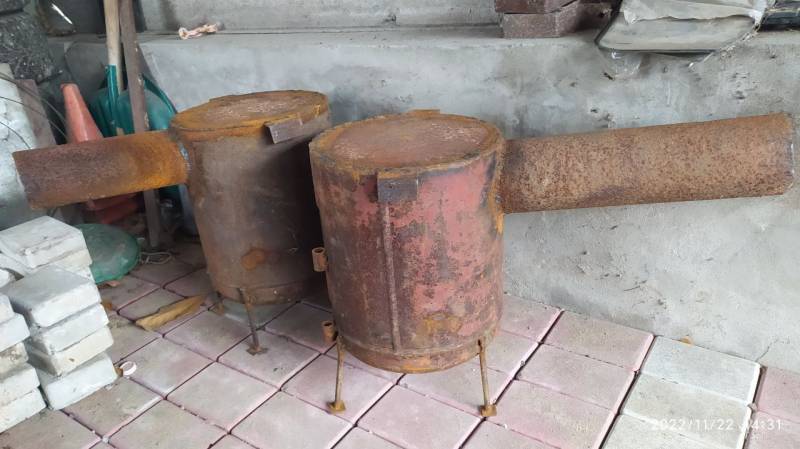 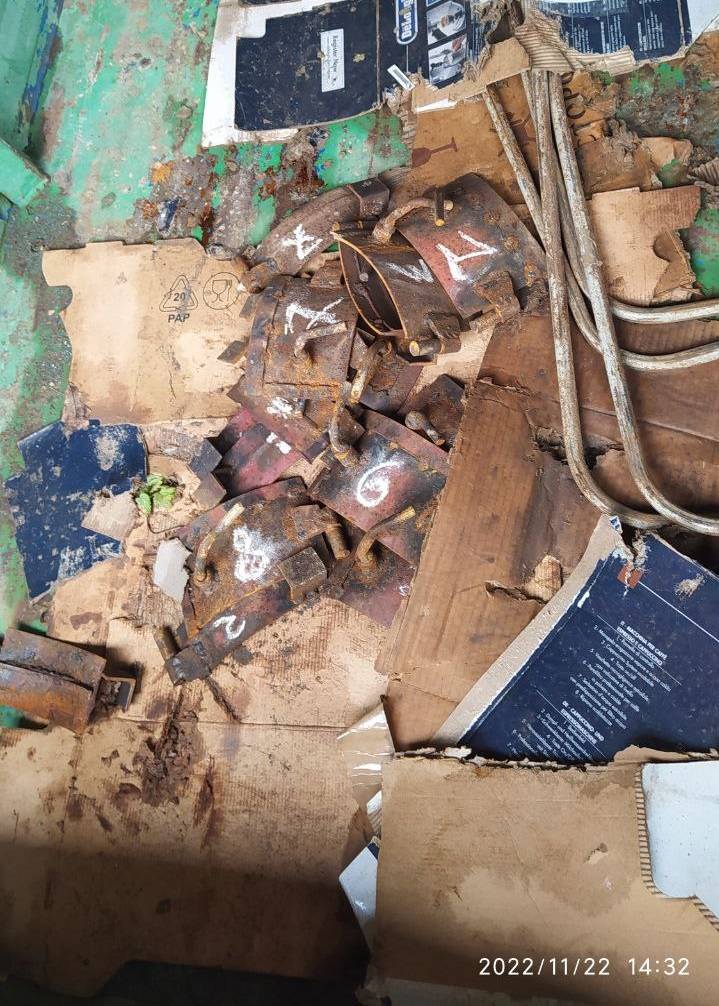 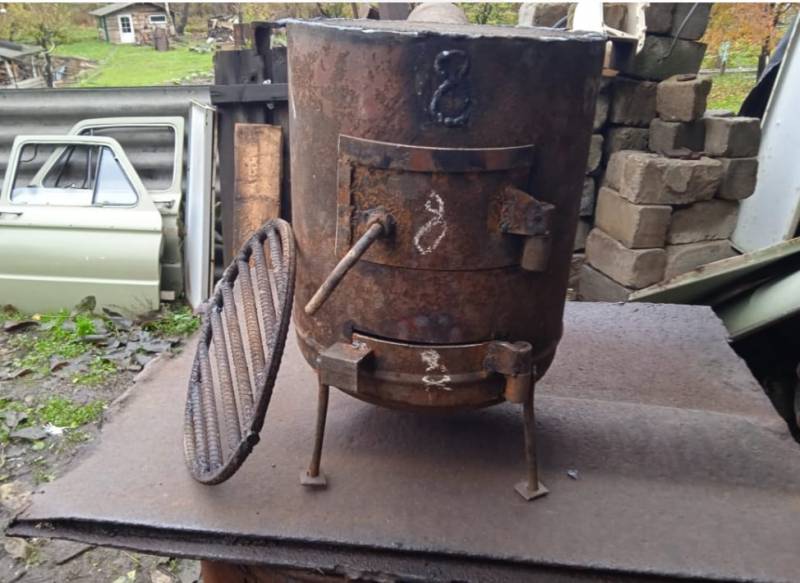 Now the stoves have already been taken to Lisichansk and will be distributed to the most needy residents.

In a recent interview with RIANews» Head of the LPR L. Pasechnik saidthat, in addition to the repair work related to the restoration of communications, it is not advisable to restore anything else in the north of the LPR and in the Severodonetsk agglomeration, in particular.

“We are restoring exclusively housing and communal services, apartment buildings, the private sector in terms of supplying electricity there, providing people with electricity, water, gas, so that people can just live.
We consider it inexpedient to restore something else, to invest some rather serious money, because it can be destroyed overnight. So there is absolutely no point.
Yes, such a decision was made - not to restore roads, transport infrastructure. There is no point, since there is military equipment, and the point is that we will restore this road if it is instantly broken by caterpillar and heavy equipment? There is no meaning.
I think that the inhabitants of Kirovsk should also understand all this. There is a need for a little patience,

Given that industrial enterprises have received very serious damage (for example, the Lisichansk Oil Refinery is almost completely destroyed), it is not a fact that they will be restored even after the end of hostilities. Moreover, the fate of the city of Popasnaya is still unknown, which, according to some estimates, is 96% destroyed.

In August, Pasechnik admitted that the city might not be rebuilt. If this is true, then Popasnaya, in which about 2022 thousand people lived before the start of the active phase of hostilities in February 19, will remain a ghost town.

However, the restoration of housing and communal services, as already mentioned above, is being carried out very slowly. Something is really being done, but against the background of the general situation, this is not enough.

Take, for example, the compensation that the authorities promised to all citizens whose place of residence was affected. In fact, payments are received only by those whose housing is completely destroyed, and even then, subject to the availability of all documents for the apartment. And for those whose papers, for example, have burned down, it will be very problematic to receive such compensation. If only the windows or the roof are damaged in the house / apartment, then such citizens are not entitled to compensation, and they must carry out repairs at their own expense.

The work of local authorities can be assessed as unsatisfactory

The work of local authorities in Lisichansk, Severodonetsk and Rubizhne can be generally assessed as unsatisfactory. Many things that they could do are not being done. For example, it would be possible to organize a free distribution of coal to the population, but instead it is sold. A ton of coal costs from 8 to 12 thousand rubles. Considering how these cities live now, this is a lot of money for local residents.

Sometimes local authorities deliver firewood to people who do not have gas, and therefore people are forced to cook on fires, but there is not enough firewood. Military personnel and volunteers are trying to help local residents, but the scale of the problems still exceeds the modest possibilities of citizens.

If we add here the regular shelling and “arrivals”, which intensified after the front line approached the Severodonetsk agglomeration, then the picture turns out to be rather gloomy.

However, the authorities of the LPR, instead of closely addressing these problems, limit themselves to loud statements that, they say, “people are ready to endure, because they are with Russia” (this was recently stated by the mayor of Lisichansk Andrei Skory) ...

The inhabitants of Severodonetsk, Lisichansk and Rubizhny are in for a very hard winter.