Depleted stocks and limited production: the negative consequences of military assistance to Ukraine 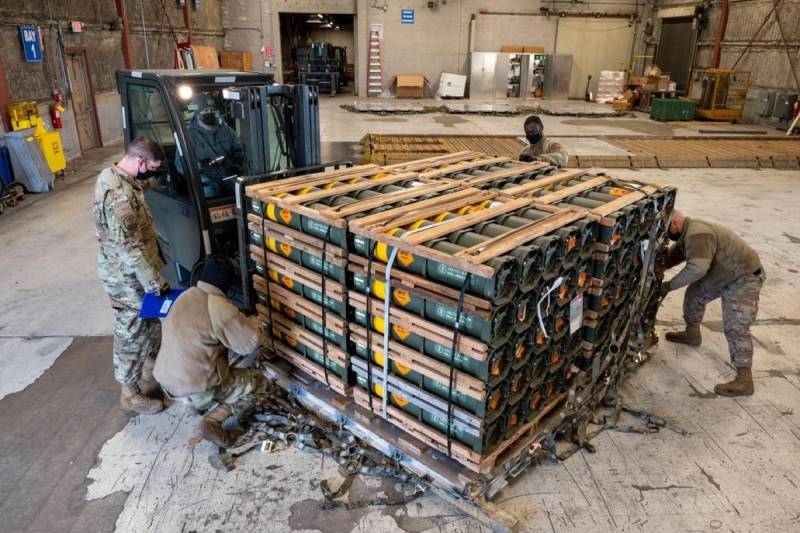 A batch of American grenade launchers before being sent to Ukraine. Photo by the US Department of Defense

Over the past few months, a number of foreign states have been providing military assistance to the Kyiv regime. He is given various military equipment, weapons and ammunition from the presence of his own armed forces. These processes naturally lead to the depletion of existing parks and reserves, and the scale of this problem is gradually increasing. At the same time, it is not possible to correct the current situation in the current situation.

A total of several dozen countries, mainly NATO member states, provided this or that military-technical assistance to the Kyiv regime. At the same time, the largest volume of supplies falls on the United States. They provide a wide range of weapons, ammunition and equipment of various types.

On November 20, the US State Department published the latest supply statistics of recent months. So, since February, more than 88 thousand tons of weapons and various property have been sent to Ukraine with a total value of approx. 21,5 billion dollars. Military transport was involved in transportation aviation, sea vessels and vehicles.

A large number of weapons and compatible ammunition have been delivered. USA shipped approx. 180 towed guns and more than 1 million shells of various calibers and types, incl. precision munitions. For 38 MLRS M142, several thousand rockets were transferred. Anti-tank missile systems (about 110) and man-portable air defense systems (about 1400 units) are supplied in large quantities. More than 10 units were provided as part of several aid packages. small weapons and 70 million rounds. 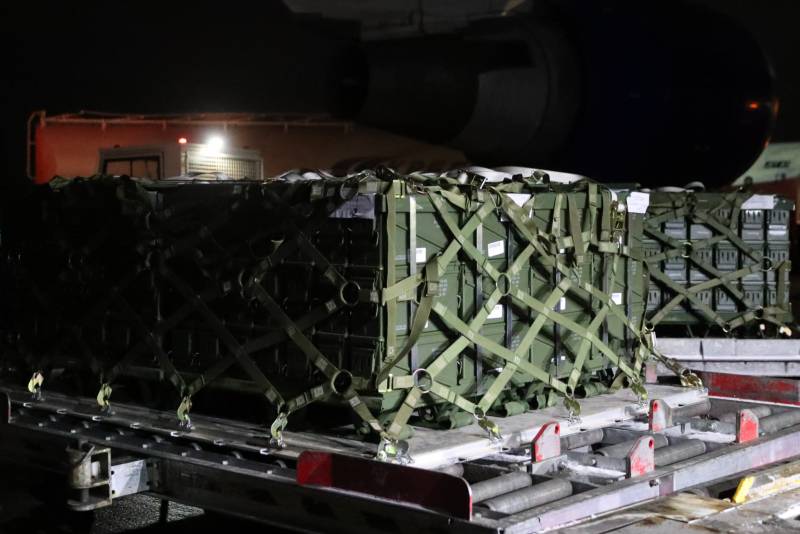 Another American cargo. Photo US State Department
Back in the summer, Pentagon officials first mentioned that the current supply volumes are a potential threat to the US military. Weapons and ammunition for transfer are being withdrawn from their own units and depots, resulting in an apparent reduction in fleets and stocks. In the future, this could lead to a drop in the combat effectiveness of the armed forces, incl. within a full scale conflict.

It was also noted that such a “expenditure” of property exceeds current production volumes. It was not possible to make up for the losses within a reasonable time. At the same time, the US leadership planned to continue helping the Kyiv regime, which should have led to a further reduction in stocks and exacerbation of existing problems.

Other NATO countries and their foreign allies also provide this or that assistance, although its volumes are inferior to American deliveries. However, the United States is openly putting pressure on its allies and demanding that they increase their assistance to the Kyiv regime. Complaints about the lack of products, even for their own defense, do not pay attention.

Despite all the fears and warnings, the United States and other countries continue to send weapons and ammunition to Ukraine - which leads to a predictable deterioration in the stockpile situation. As a result, now the military and political leadership of foreign states not only draws up plans to help the Kyiv regime, but also draws attention to their own problems. 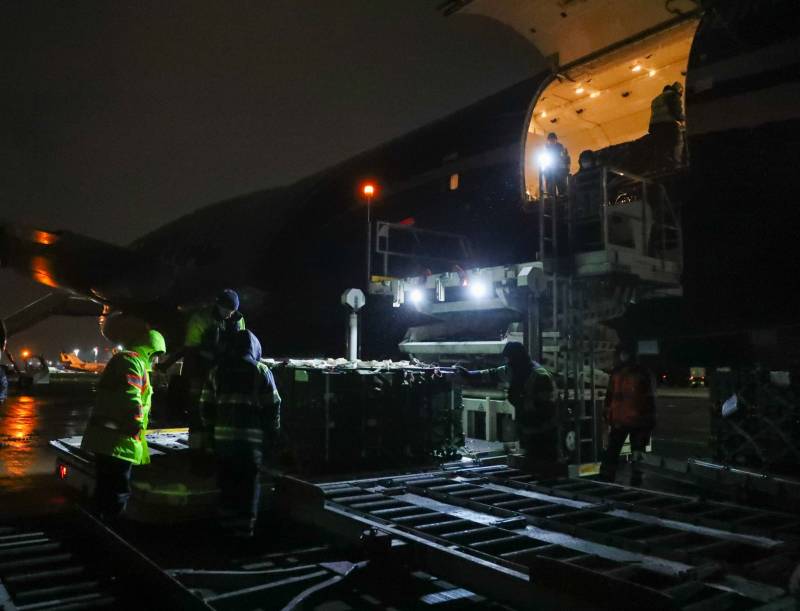 US military transport aviation makes a big contribution to the supply process. Photo US State Department
Halifax, Canada hosted the Halifax International Security Forum last week. One of his main topics was the depletion of NATO's stockpiles of weapons and measures to prevent further deterioration of this situation. According to the Army Times, during the forum there were several interesting statements about current problems and difficulties, as well as about the prospects for the current situation.

Admiral Rob Bauer, chairman of the NATO Military Committee, noted that now, when allocating aid to Ukraine, one has to take into account the risks to one's own security. He also described the root cause of such problems. According to the admiral, for many years the stocks of various armies were, at best, half as much as required. This was done due to the lack of military-political risks or due to lack of funding. As a result, many countries in the field of security adhered to the tactics of "just-in-time, just-enough" ("when needed and how much is enough").

The Chief of Defense Staff of Canada, General Wayne Eyre, revealed his vision of the problem. According to him, the command has to constantly calculate and determine which materiel can be sent to Ukraine, and which should be left to itself in case of unforeseen circumstances. With all this, it is necessary to take into account the possibilities of the industry for the production of new products.

Not so long ago, General Eyre was at the General Dynamics Ordnance and Tactical Systems enterprise and got acquainted with the production of 155-mm shells. He noted that a lot of suppliers are involved in the production of ammunition, and it is not easy to organize such production. At the same time, the Canadian army needs a large number of shells: to date, it has transferred approx. 25 thousand artillery rounds. 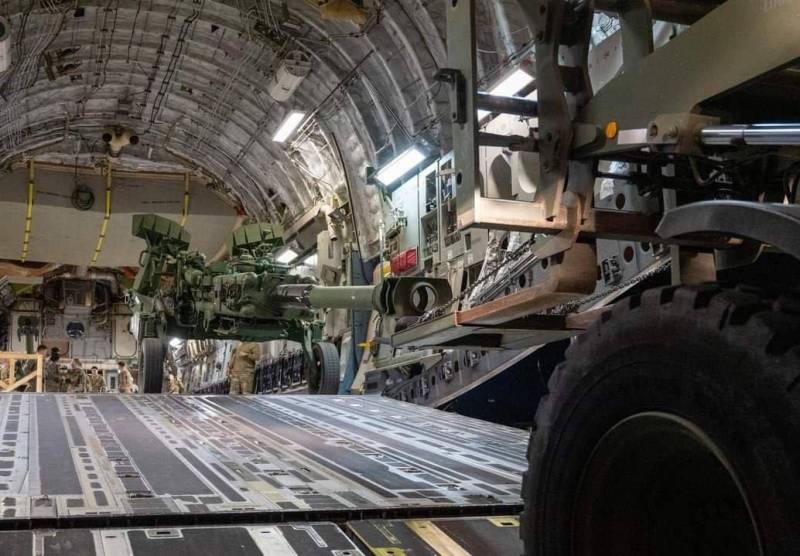 One of the first M777 howitzers for Ukrainian formations. Photo by the US Department of Defense
The commander-in-chief of the armed forces of Sweden, General Mikael Byden, also complained about the current situation. According to him, over the past 30 years, the Swedish army has faced constant cuts. She had enough time, but not enough money. However, now new tasks have been set, the budget is increasing, and the situation should improve.

Despite the increase in funding, another problem remains related to production. According to M. Buden, all countries expect that industry will be able to satisfy all the requirements of the armies within a reasonable time. However, the demand for military products already exceeds the possible production volumes.

It must be taken into account that not all NATO countries and friendly states have a developed defense industry. Owners of such industries will be able to replenish their stocks and restore parks, while other countries will have to wait in line - and getting the desired products is still not guaranteed.

At a forum in Halifax, Dutch Defense Minister Onno Eichelsheim said that his department is already looking for ways out of the current situation. Together with several other countries, the Netherlands is negotiating with European arms manufacturers and trying to agree on an increase in the rate of production of all necessary products. Whether the desired results will be achieved is unknown. 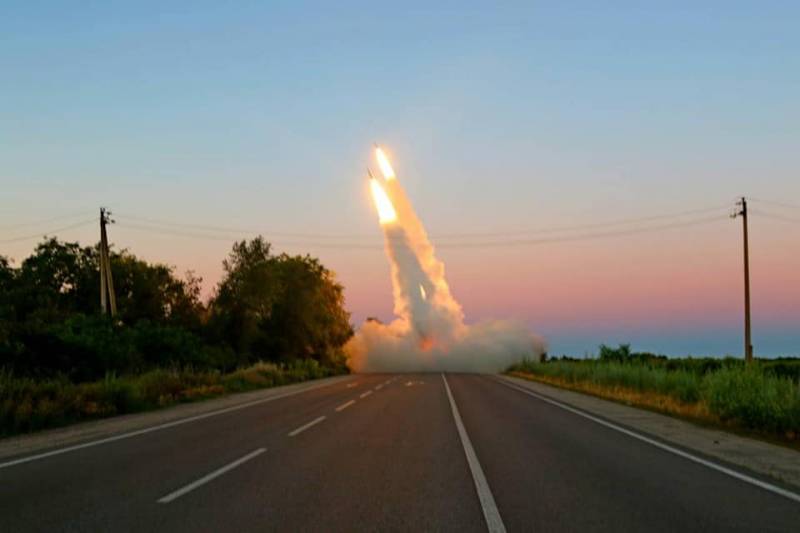 One of the first episodes of the use of the M142 MLRS. Photo by the Ministry of Defense of Ukraine

Exits from the situation

In general, the current situation is quite simple. The United States and other countries are actively supplying weapons and ammunition to Ukraine, and their industry does not have time to make up for such “losses”. All this leads to a constant reduction in stockpiles and the emergence of new security threats. It should be noted that this situation is not hopeless - although obvious solutions will not suit the American leadership.

The easiest way to protect the armed forces from a shortage of weapons is to stop supporting the Kyiv regime. Recent months have shown that all measures and efforts of this kind are at least useless. By refusing to allocate new aid packages, foreign states will be able to save money and reduce the risks for their own armies.

Another way out is to expand the production of the necessary products. However, increasing capacity takes time and additional investment. Whether the US and its allies will be able to find the necessary resources is unknown. At the same time, the general situation is not conducive to optimistic forecasts.

Such rearmament programs may face new challenges of various kinds. We can already talk about the beginning of the economic and energy crisis, which is sure to hit the defense industry as well. At best, these events will lead to a rise in the cost of products and an increase in the required costs. However, more serious consequences are possible. In particular, some contractors and contractors may face fatal problems. 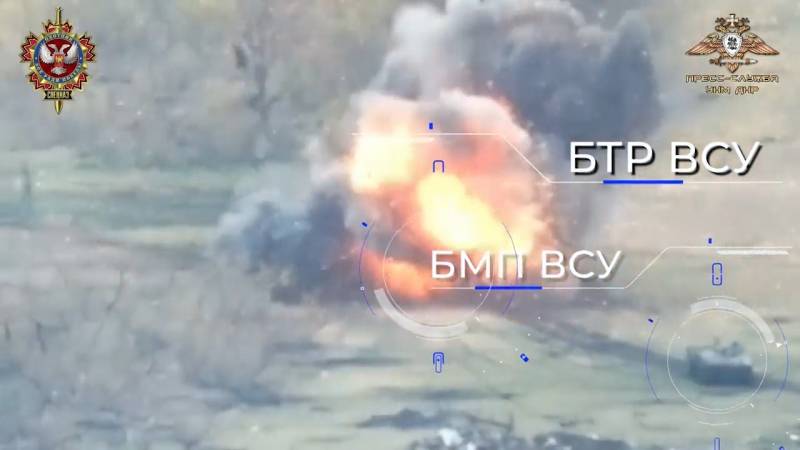 How events will develop in the near future is unclear. The military and political leadership of the United States is ready to continue to support the Kyiv regime financially and with the supply of materiel. The Pentagon's warnings about the depletion of its own reserves and insufficient production capacity have so far been ignored.

Whether other countries with smaller reserves and more modest economies will be able to continue similar assistance is unknown. The US will put pressure on them to achieve the result they want - regardless of the negative consequences for the "allies". These countries are already trying to find ways out of the current situation, but so far there is no talk of a successful solution to the problems.

Thus, foreign states helping the Kyiv regime have already faced a number of serious problems, and the situation continues to worsen. The simplest way out of the current situation does not suit them, and maintaining the current course is associated with new problems. What this policy will eventually lead to, only time will tell.