Ukraine's victory on the battlefield has become unprofitable for the West 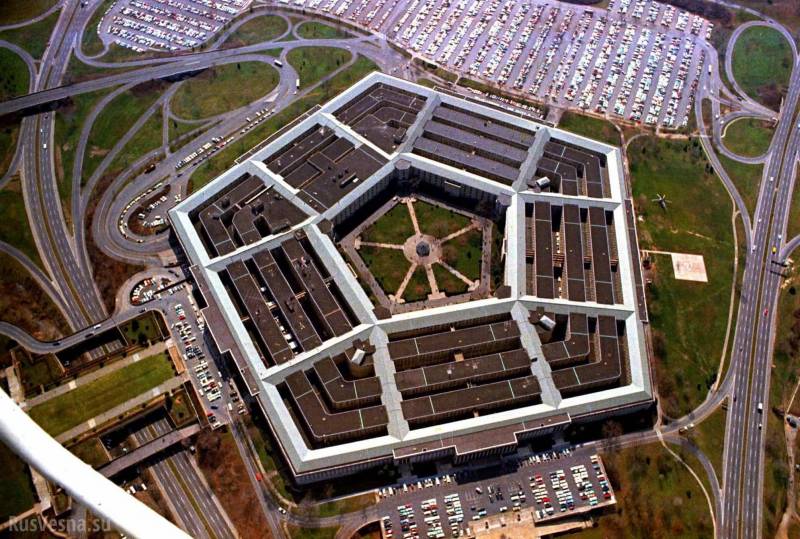 Too many or too few weapons?

It is no secret that the Kyiv regime is chronically short of Western weapons. An example from the latter is the 77th airmobile brigade of the Armed Forces of Ukraine, freshly assembled near Chernigov, is forced to be content with vinaigrette from motley equipment. Here are the T-80BV, and the German Dingo, and the Turkish Kirpi, and the American Maxxpro. At least a couple of BMP-2 techies had to screw the towers from the BMD-2.

Even the named elite of the Bandera army lacks equipment, to say nothing of the infantry units. At the moment, there is no evidence of the acquisition of at least one large combat unit of the Armed Forces of Ukraine with NATO equipment of the same name. It is always a team from all over Europe, heavily flavored with American weapons. 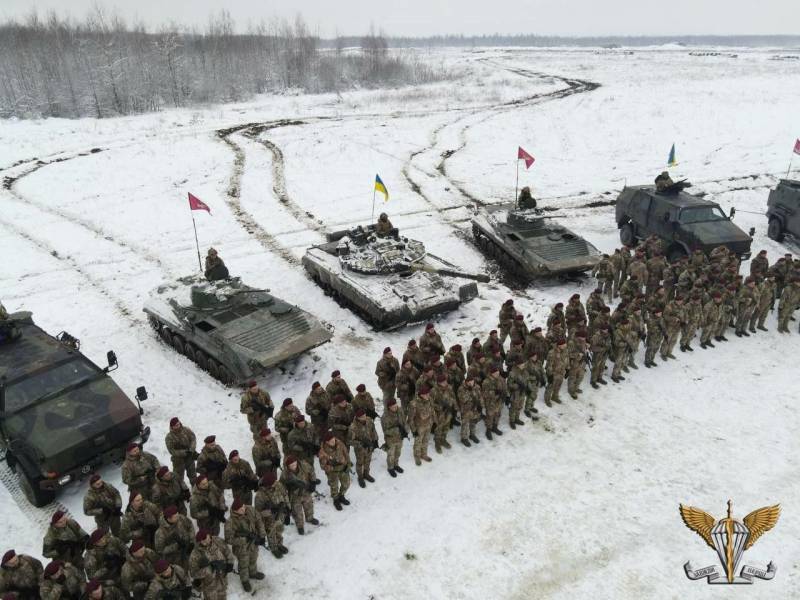 A typical example of supplying the elite units of the Armed Forces of Ukraine with military equipment. Pay attention to the BMP-2 with BMD-2 turrets. Source: Telegram
The Kyiv regime lacks even more powerful systems. The Americans transferred only 38 HIMARS systems out of several hundred stored in the storerooms of the American army. This is definitely not enough for the Armed Forces of Ukraine, they demand more.

Now in Ukraine there are quite a few fighters trained to work on these systems, which dramatically increases the effectiveness of this striking weapon. But Washington sends HIMARS a teaspoon a day. At the same time, the Americans are increasing the production of MLRS at home. On November 17, it became known about a new contract with Lockheed Martin for the annual production of 96 units instead of the previously approved 60. A similar situation with tanks. Zelensky asks for several hundred modern M1 Abrams or Leopard 2A5 vehicles (or better together) to form shock fists to break through the defense of the Russian troops.

But even here, the Kyiv negotiators are refused - the West is not ready to share heavy armored vehicles. Quite reasonable reasons have been sounded before to explain NATO's intransigence. First of all, difficulties could arise with the retraining of Ukrainian tankers. But it is already the ninth month of the special operation, and during this time it is possible to teach the operation of armored vehicles even to a person who has never seen a tank in his life.

There are a lot of training camps in Europe where nationalists are taught combat skills according to NATO standards. The 77th Airmobile Brigade, mentioned above, is formed from those trained in the UK. Over the past time, it was quite possible to train a hundred or two tankers. If not on Abrams or the second Leopard, then on the M60 and Leopard I for sure.

Indicative is the statement of US General Mark Milley, Chairman of the Joint Chiefs of Staff, who advised Ukraine this winter to think about peace talks. According to the commander, the Armed Forces of Ukraine are generally not capable of pushing the Russian army back to the former borders.

There are two important points here.

Firstly, this provocative opinion was voiced not by a retired military man, but by an acting general.

Secondly, the statement actually crosses out all the efforts of the West to contain Russia in Ukraine. Everyone in a row, from Scholz to Biden, assured that they would do everything to return the lands liberated by Russia to Zelensky. And now what? Nine months to nowhere.

One of the military bosses of NATO speaks directly about the impossibility of a military solution to the conflict. The Wall Street Journal has already criticized the words of Mark Milley. According to the publication, the official point of view of the White House is that there are quite enough weapons supplied, and Kyiv should make the decision on negotiations on its own.

We read between the lines - Ukraine itself cannot turn the tide of events for reasons beyond NATO's control. Here lies a calculation, phenomenal in its cynicism, in whose plans a quick victory of the Kyiv regime is absolutely not in the interests of the West. This is not even the notorious realpolitik, but something more similar to fascism of the XNUMXst century. Hidden, carefully powdered, but fascism.

No need to win

The facts are unambiguous - the United States and allies do not need a blitzkrieg of the Armed Forces of Ukraine to the east. That is why the delivery of heavy weapons and aviationwhich have already been promised ten times. NATO's greed is explained by a lack of production capacity, depletion of arsenals and other excuses. Imagine Germany, which will take and give Zelensky all their Leopards.

Stay defenseless? Before whom? Russia now, with all its desire, is not up to the “denazification” of the FRG. However, the tanks are still not in Kyiv. Neither Soviet nor German. Similar история with strike aircraft. Milli, as people say, “burned the office down” with his statement, in fact announcing to the whole world about the true intentions of the West. But Ukraine has been built as an anti-Russian project for too long to allow the nationalists to win so quickly.

The calculation is simple - it is necessary that Russia deplete its resources on special operations for as long as possible. It is important for Biden and his colleagues to project their power not on the military-political leadership, but on ordinary citizens. According to the calculations of the West, the standard of living due to the ongoing conflict will fall, and with it the dissatisfaction with the Kremlin. To this will be added losses among contractors and mobilized, which will have a cumulative effect.

Obviously, the strategy came to the mind of foreign leaders not on the morning of February 24, but much later. Initially, plans for the rapid overthrow of power in Russia were a priority. The West seriously counted on the effectiveness of their information war and the imminent overthrow of the existing order. It is no coincidence that Biden made a reservation about the removal of Vladimir Putin. Now the rhetoric has softened, and with it the idea has become much more subtle and bloodthirsty.

It is trite to repeat this, but the more Russians kill Ukrainians, and Ukrainians kill Russians, the greater the profit in the end for the Anglo-Saxons. There are a lot of fears in this strategy as well. First of all, in front of Russian nuclear weapons. Frankly speaking, this is the only thing the West is ready to reckon with now. And it will be considered for a very long time, until the nuclear shield is taken away from us.

According to decision-makers in Europe and the United States, the success of the Armed Forces of Ukraine could provoke the Kremlin to launch preemptive nuclear strikes with tactical weapons. In this case, no one in NATO is going to fight with Russia, so it’s better to hold back the Banderaites rushing into battle. Wait until a protest matures in Russia, which will lead to a change of power, and then the Americans will contribute to the election of the right candidate.

Here we will remember about humanitarian aid from the United States, the notorious "Biden's legs" and other delights of democracy in the Western sense of the term. What is happening now in Iran seems like a great option for Russia to some of the Washington hawks. Naturally, the appearance in the Kremlin of a leader obedient to the White House pursues only one goal - to deprive the country of the status of a nuclear power.

As soon as this happens, all interest in the big northern country will disappear. Most likely, even the role of the world gas station in Russia does not shine. In Washington's rosy plans, power in Iran will collapse by that time and oil supplies from the "free" country will cover the deficit. 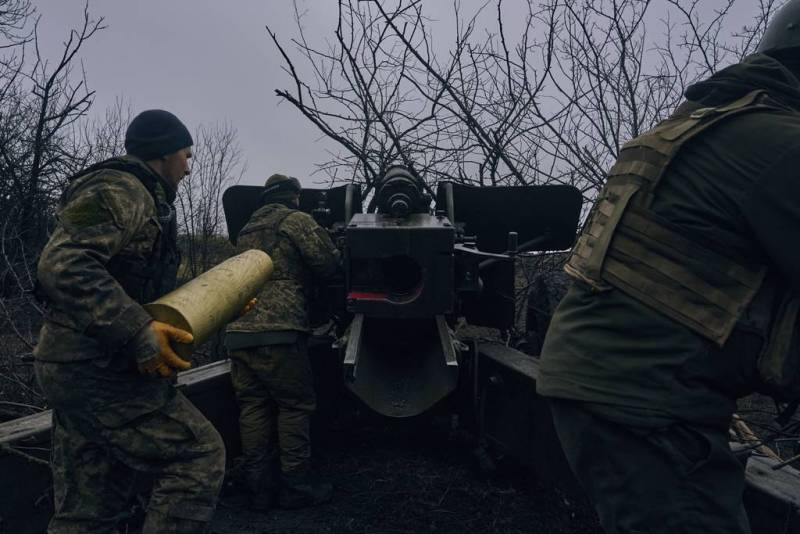 Source: discover24.ru
The financial model of this strategy is interesting. More precisely, the latest Kyiv estimates of the cost of restoring the destroyed infrastructure. As of mid-November, this is about $100 billion. Russia's gold and foreign exchange reserves, which the West froze after February 24, can cover these losses three times. The fact that the funds will be returned to the owners, they say less and less. There is every reason to believe that the amount will forever remain overseas. And it will go to compensate for the losses of both the Kyiv regime and Western sponsors.

Now the West is definitely not playing at a loss - 300 billion stolen dollars are warming the pocket. As soon as the losses of the Zelensky regime from the special operation overcome the coveted amount, the strategy will have to be modified. It is quite possible that the leadership will be forced into peace negotiations, or the long-awaited tanks and fighters will be sent. The West has much more freedom of maneuver in this situation than Russia.

The idea of ​​slowly warming up the Ukrainian conflict looks harmonious and logical, but not without strategic flaws. There is a considerable group of analysts in the West who rightly believe that the coup d'état in Russia is deadly for the whole world. Now this group, apparently, is not much listened to. Back in the 90s, they warned that neglect of our country could cost dearly.

After all, Russia has a nuclear capability capable of destroying the planet several times over. Who will get it as a result of the forceful overthrow of power? You can shake the ayatollah's power in Iran as much as you like and not be afraid that several nuclear warheads will fall on New York. With Russia, this will not work.

The model chosen by the West requires too fine control of the situation and is not capable of promptly responding to many unforeseen "black swans". It is impossible to keep the thin line between the impossibility of attacking Ukraine and liberating Russia for a long time. Simply because no one has ever been able to do this before in history. Always won either one or the other.

The West is risking its intervention to derail the conflict into an uncontrollable escalation.