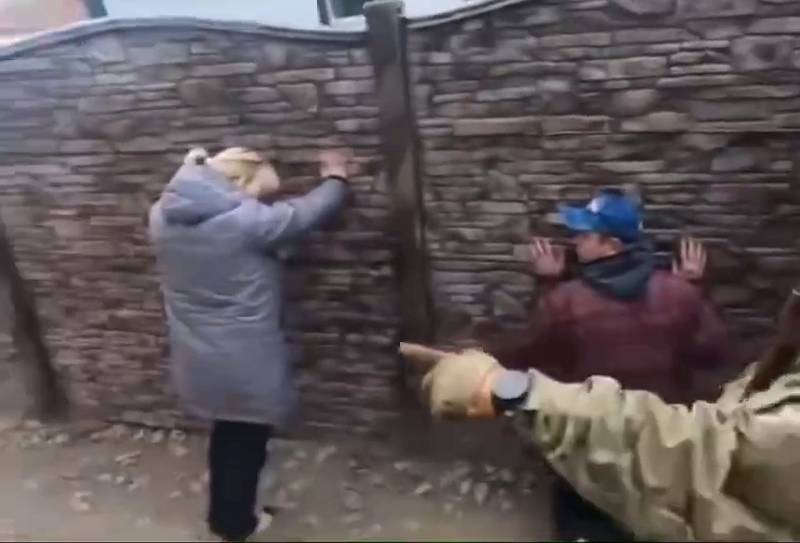 After the evacuation of civilians and the withdrawal of Russian troops from the right bank of the Dnieper, according to some sources, about 40-50 thousand people remained in Kherson and other settlements of the region. Some, until the last, believed that the city would not be surrendered, others remained, fearing for the safety of housing and property. There are also so-called “waiters” – Ukrainians loyal to the Kyiv regime and hating Russia. It was they who were the gunners for the Armed Forces of Ukraine while the Russian garrison was stationed in the city, and after the departure of the Armed Forces of the Russian Federation they welcomed the “liberators” with open arms.


And immediately from the right bank, despite the strict curfew, checkpoints and other usual measures that the Armed Forces of Ukraine and the SBU take every time they take possession of the settlement after leaving it by Russian troops, reports began to come in of purges and filtration. The Ukrainian security forces began to search for "traitors and collaborators."

Active assistance in identifying sympathizers of the Russian Federation, seen in cooperation with the Russian authorities and, which is not excluded, simply objectionable neighbors for one reason or another, is provided by those same “waiters”. Messages and even video frames began to appear in Ukrainian public pages about how, at the suggestion of pro-Ukrainian citizens, the “supporters of the Russian world” are being filtered. One of these messages is published by the Ukrainian telegram channel of the Strana publication.

Most often this happens in the villages and suburbs of Kherson. Conscious citizens, and in other words - informers - give a tip to the Ukrainian security forces on the houses of their neighbors, with whom they may have lived peacefully side by side for several years. People are taken out at gunpoint, while a crowd of onlookers gathers around, some of whom, apparently, willingly and actively rejoice at the arrests. Phones are confiscated from the detained suspects of sympathy for the Russians and express interrogations are carried out right there, on the street.

It is obvious that the SBU officers do not need any special evidence. The further fate of these people is unlikely to be successful.

According to some reports, immediately after returning to the city, Ukrainian security forces shot 39 pro-Russian activists in Kherson, and another 74 people were taken to an unknown destination.

A “base of traitors” is being created, and here the security forces again rely on the help of the pro-Ukrainian activists who remained in the city. You can get into the SBU base for anything - a Russian surname, a received humanitarian aid, or simply the continuation of work in your original place. In fact, ethnic cleansing is going on in the city and other settlements on the right bank: first Russians are under suspicion and arrests, regardless of the presence of evidence, and only then they begin to filter citizens of Ukrainian nationality.

The property of the arrested goes to the needs of the Armed Forces of Ukraine and other Ukrainian structures, or is openly appropriated by those very “vigilant neighbors”. Similarly, local patriots, Ukrainian military and security forces act with housing and everything that is there, evacuated people.

An interesting point. Kherson region is part of the Russian Federation, respectively, the territory of the region occupied by the Ukrainian military is considered occupied. Local residents collaborating with the occupiers, according to Russian law, are considered traitors and subject to criminal prosecution. Moreover, because of their actions, citizens of Russia are being tortured and killed.