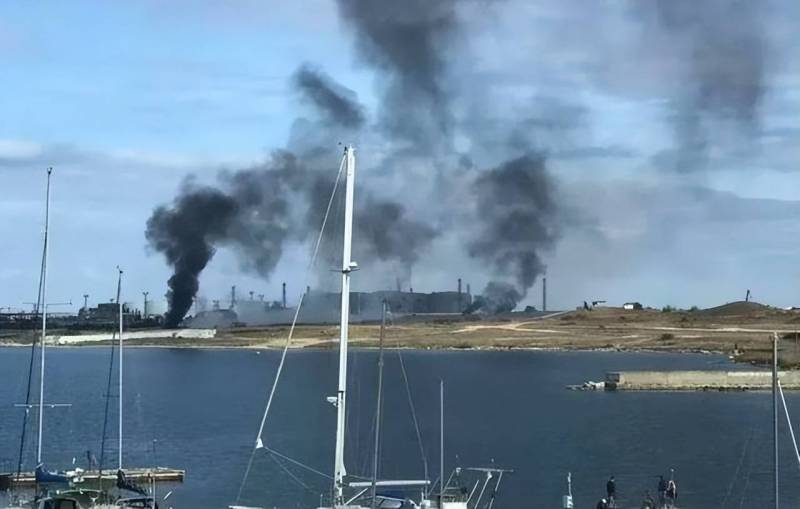 Under water - only PR, nothing personal

The Governor of Sevastopol, Mikhail Razvozzhaev, raised the issue of re-equipping the Sevmorzavod for the production of similar devices. This happened immediately after the attack on the city of federal significance by unmanned underwater vehicles of unknown origin and transparent hints from the Ukrainian side that these were their drones.

How realistic is all this and what should be the protection against such Ukrainian attacks? After all, the effect was more moral than destructive. And by and large, both sides of the conflict showed themselves in an unfavorable light before the world community.

Ukrainian President Zelensky did not openly acknowledge the attack by underwater drones from the grain corridor, but said that Ukraine would build its own fleet of underwater drones. In addition, the Ukrainian side was disgraced due to the complete inability to handle such equipment: the damage was minimal. 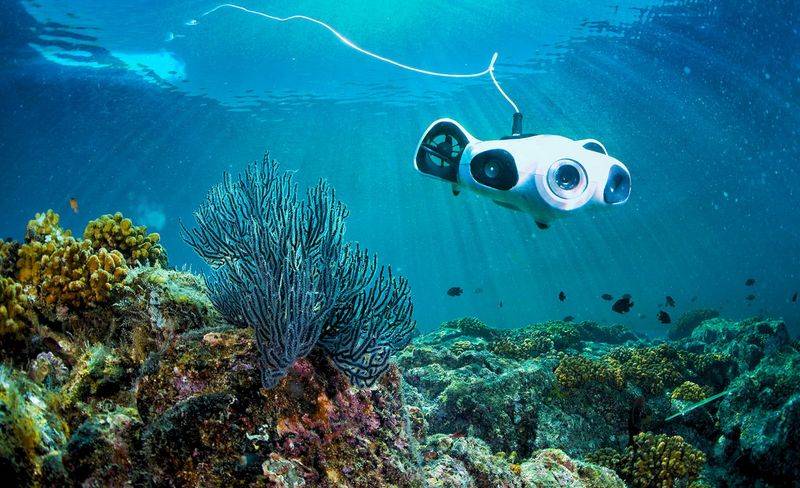 In turn, the Sevastopol governor is almost ready to take on the production of marine drones at the Sevmorzavod im. Ordzhonikidze. It is difficult to say whether the Black Sea regional leader knew and whether he now found out that they are already being produced in Russia, moreover, since Soviet times.

The level of this technology is not inferior to the same drones, according to Russian experts, British-made, which attacked Russian ships. It is clear that Razvozzhaev historical education, experience of life in a military city is small, he did not serve in the army, but he also has advisers. Where were they looking?

The idea to create a fleet of underwater drones in Sevastopol is good in itself, but why the extra investment in their production there, if they are already being produced?

The sailor does not sleep, but the service does not go

A separate conversation about the carelessness of the Russian military. The underwater drone attacks came as a complete surprise to Russia, which has long been ramping up production of unmanned underwater vehicles. However, for the purpose of attack or sabotage, she never used them - only for reconnaissance and scientific purposes.

This was due to the fact that drones were something of a nuclear weapons, a deterrent that is unlikely to be applied in practice, no one paid attention to their detection and elimination systems. And on October 29, everyone saw the result of such unpreparedness with their own eyes.

The fact that then only in the afternoon the Ministry of Defense was able to count the number of drones that the enemy used to strike under water and from the air shows that automatic detection systems near the Chernomorskoe fleet like it wasn't, it isn't. 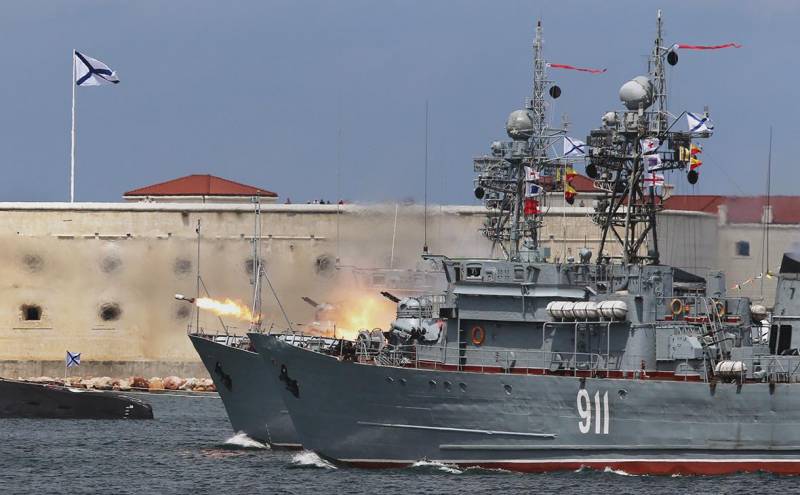 In addition, the minesweeper "Ivan Golubets", which, among other things, was hit, was in the outer roadstead, and did not fulfill its immediate task - to guard the entrance to the South Bay, which is strategically important, if only because the docks of the Sevmorzavod and 247- and a separate division of submarines.

Should have developed in the opening

What, interestingly, did he do in the raid instead of protecting strategic objects from a possible attack?

But it was necessary to start taking care of strengthening the roadstead of the Sevastopol Bay and the smaller bays adjacent to it from the beginning of September. It was then that an American drone was found on the coast of the Round Bay to search for mines, which, albeit theoretically, could also be used for sabotage.

And since the Round Bay is a recreation area, it is most likely that the drone was used to search for mines that could block approaches to the waters of Sevastopol. Now both sides are clearly aiming to intimidate each other. The Ukrainian underwater drone attack clearly failed, and it is quite possible that it was planned just to demonstrate that Sevastopol is vulnerable, while doing so in an anonymous manner.

The Russian side, in response, also decided to scare Ukraine with the fact that drones will be produced in Sevastopol, and at the same time provide yet another proof that Ukraine uses Western weapons. Moreover, initially it was claimed that the drones were Polish, now they are British.

However, there is evidence, and irrefutable, that Ukraine may not have an organized fleet of underwater drones, but the drones themselves are, and there are technologies for their production. For example, the founders of the UAE company Highland Systems, the developer and manufacturer of the Kronos unmanned underwater vehicle, are Ukrainians. The technology itself was also developed by Ukrainian engineers.

Warmate kamikaze drones are not Polish at all, as the Russian Ministry of Defense claimed, but by and large Polish-Ukrainian, since the Chernihiv CheZaRa radio equipment plant took part in their development. It must be remembered that after the collapse of the USSR, Ukraine got a number of military-industrial complex enterprises, including the aforementioned CheZaRa.

Initially, this enterprise specialized in communications and navigation for spacecraft. Another thing is that shipbuilding capacities are in decline, therefore, of course, the possibility of using production capacities abroad is not ruled out, while some part of the technologies is available to Ukraine itself. Therefore, it is possible that the fighting in the Black Sea will move into the phase of the “war of drones”.

...and a Russian perspective

The production of drones is a real prospect for the resuscitation of the Sevmorzavod. Given the current state of the enterprise, the possibility of setting up the production of underwater drones on its basis still looks on the verge of a bluff. 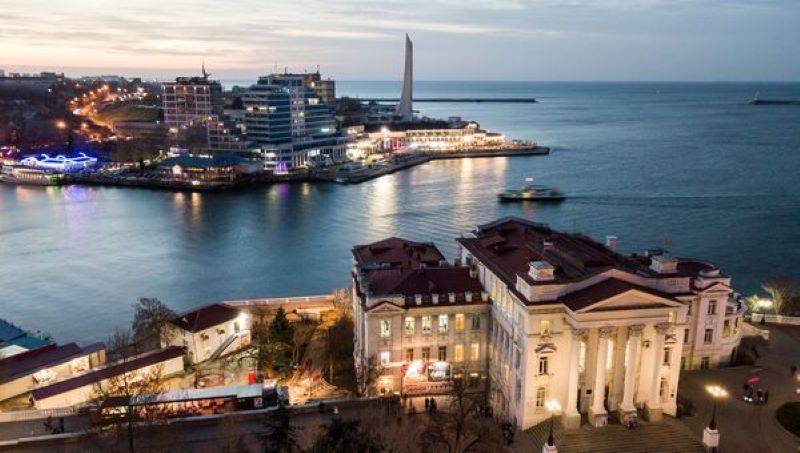 The plant in Ukraine was idle for a long time. In 2014, after the Russian Spring, it was transferred from the property of the oligarch Petro Poroshenko to municipal property. When the plant management announced the production of two heavy floating cranes, there were hopes for its resuscitation.

However, for some reason, literally on the eve of the special operation, employees began to be fired from the plant, including specialists and office personnel. The reason was the lack of funding for the enterprise, in addition to everything else, the Ministry of Defense was preparing for a quick and victorious war on foreign territory, not admitting that hostilities could be transferred to the shores of Crimea.

And even before that, it was not about the production of military ships, it was planned to build only floating cranes and bulk carriers. The failure of measures to improve production may also be evidenced by the fact that, simultaneously with mass layoffs, it was planned to give part of the plant’s territory for development, in particular, to build a campus there for the nearby Sevastopol branch of Moscow State University.

The project of production at the drone factory is apparently being considered as an option to attract the investments that are missing for modernization into its assets. But it should be remembered that the military activity of the plant mainly consisted not so much in the construction of military ships as in their repair.

The main part of them was always produced in Nikolaev (now belonging to Ukraine), Kerch and Feodosia. Therefore, such a sharp reorientation of the plant to the production of high-tech military products cannot be carried out in the short time required by the special operation.