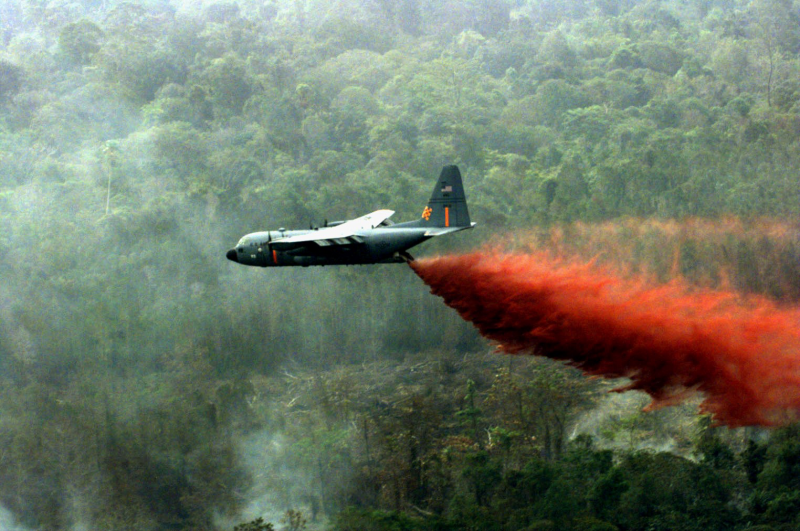 In continuation of the consideration of toxic substances of cytotoxic (including blistering) action, we turn to very insidious toxins. 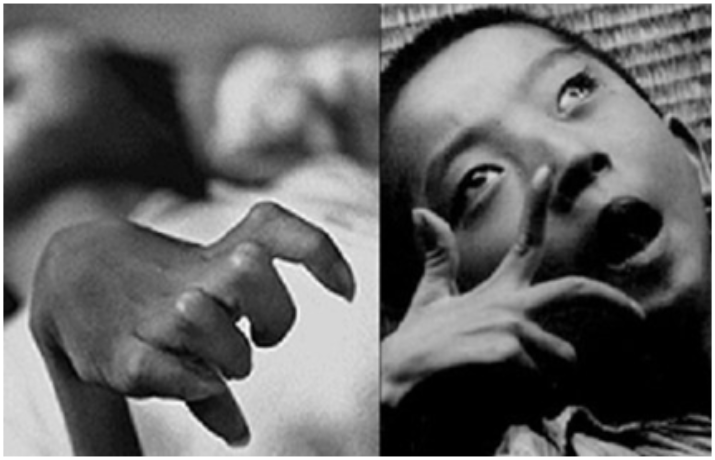 The main mechanism of action of thiol poisons on the body is the ability to bind to sulfhydryl, or otherwise called thiol, groups. This is a duo of sulfur and hydrogen atoms, which is part of proteins and is involved in their creation and maintenance. Mammalian ribosomes contain about 120 thiol groups, and about half of them are very important for protein synthesis.

The action and toxicity of thiol poisons are different. Basically, this group includes metals: arsenic, mercury, zinc, chromium, nickel, cadmium and their compounds. More than 6 inorganic and organic arsenic compounds have already been synthesized. Of these, arsenic trioxide (As000O2), arsenic acid (HAsO3) and its salts, in particular sodium arsenite, and lewisite (β-chlorovinyldichloroarsine), are considered the most dangerous from a military point of view. 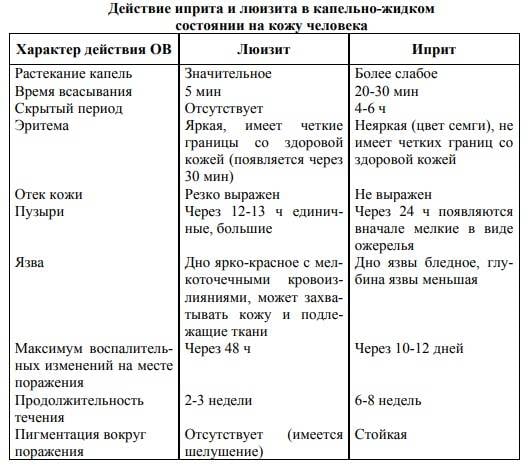 Lewisite lesions are very similar to mustard lesions, with the only difference being that the latent period is practically absent. Symptoms are observed from the first minutes of contact, namely: severe pain, rapid development of an inflammatory reaction with profuse hemorrhage and fluid release.

Lewisite is a vascular poison that causes a progressive drop in blood pressure.

Affected lethargic, refuse food, reflexes are weakened. The state of oppression is observed throughout the intoxication up to the absence of a reaction to stimuli before death. The action of the toxin causes an increase in vascular permeability, in connection with which the liquid part of the blood exits into the pleural and abdominal cavities, as well as into the intercellular space of tissues. In this regard, the victims develop pulmonary edema, hydrothorax, hydropericardium, and so on. In severe cases, hemorrhages in the internal organs are possible, first pointwise, then extensively. This "dehydration" leads to thickening of the blood, which can eventually lead to death. 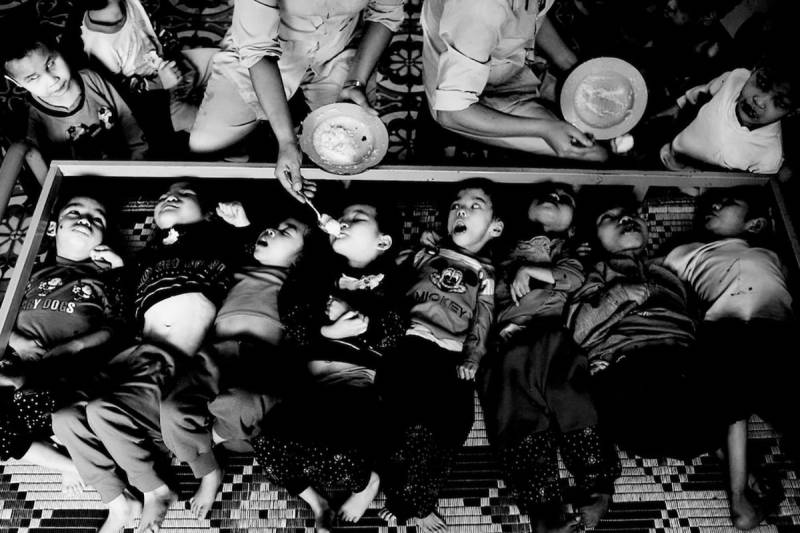 Plastic exchange modifiers include polyhalogenated aromatic hydrocarbons, and although the likelihood of their combat use is low, these extremely toxic compounds, which are characterized by the ability of long-term cumulation and persistence in the environment, require special attention.

The compounds got their names from the number of oxygen atoms in the molecule. One oxygen atom - halogenated dibenzofurans, two oxygen atoms - dioxins, if the substances do not contain oxygen - these are halogenated biphenyls.

The diversity of dioxins is provided by a large number of combinations of chemical structure. The presence of chromium or bromine, two oxygen atoms and the ability to change the position of halogens in the molecule gave rise to several dozen families of these poisons, and the total number of compounds exceeds a thousand.

The most toxic member of the group is 2,3,7,8-tetrachlorodibenzo-para-dioxin (TCDD). Over the past 40 years, more than 2,3,7,8 people have been affected by numerous accidents and incidents in the production of chlorinated phenols, in which 1-TCDD, among other substances, was also released into the environment. The main component of the Agent orange mixture used by the United States during the Vietnam War was 500-trichlorophenoxyacetic acid, and dioxin was present as an impurity. In total, during the war, approximately 2,4,5-200 kilograms of dioxin entered the environment, which greatly affected the health of the US military personnel who took part in the hostilities.

2,3,7,8-TCDD is a crystalline substance that does not dissolve in water and is easily carried by air currents. It boils at a temperature of 305 degrees Celsius and has practically no ability to evaporate. This is an extremely persistent substance that accumulates both in environmental objects and in the organisms of living beings, being transmitted through food chains. The half-life (“half-life” of a substance in the blood) is 1–1,5 years, but under certain climatic and geographical conditions and the nature of the soil, this period can be much longer. 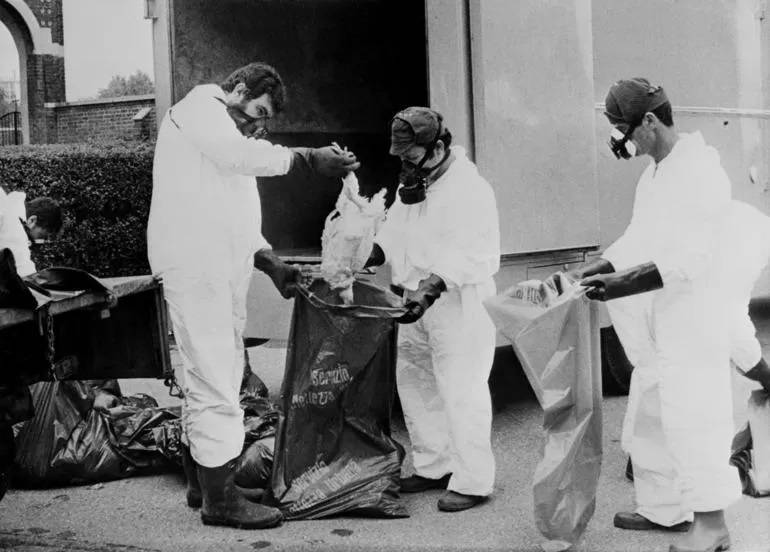 From the description it is clear that dioxin enters the body with contaminated food or by inhalation. After entering the blood, the substance is distributed in tissues and organs. Adipose tissue is a favorite tissue for dioxin accumulation. In a number of Vietnamese residents, even 15 years after the end of the chemical war, the content of poison in adipose tissue was 3-4 times higher than in Europeans and the United States.

In fatal poisoning, symptoms of general intoxication first appear (exhaustion, anorexia, general depression, a sharp decline in strength, problems with blood composition), then symptoms are added that are characteristic of damage to the liver, tissues and immunity. Edema refers to the characteristic signs of intoxication. The fluid accumulates in the subcutaneous tissue, first around the eyes, then spreading to the face, neck and torso. With the most severe terminal edema, fluid is found even in the chest and abdominal regions.

With a mild degree of poisoning, the earliest and most common sign of damage is the appearance of "chloracne" due to the transformation of the sebaceous glands. A similar symptom can be seen in the third president of Ukraine, Viktor Yushchenko. 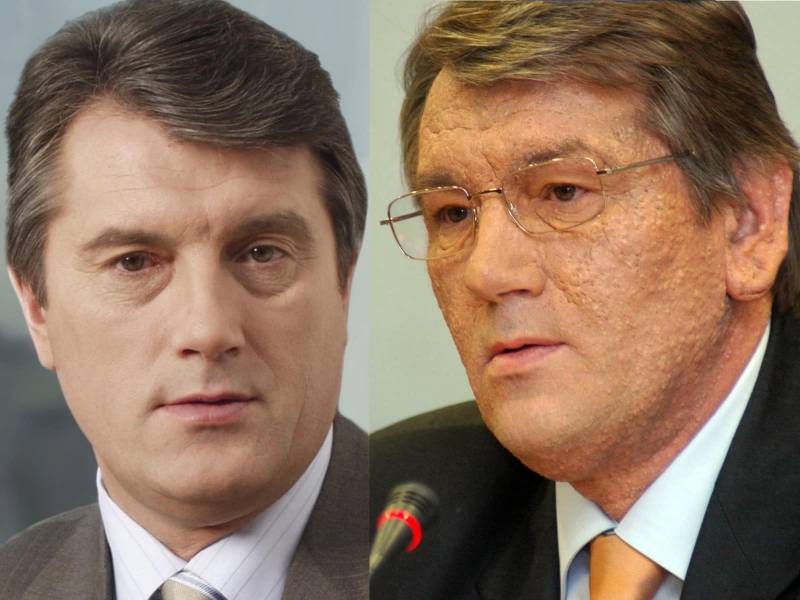 Polychlorinated biphenyls, or PCBs for short, is a synthetic chlorine-containing substance. Depending on the type of experimental animal and the variant of the compound, the lethal dose ranges from 0,5 to 11,3 g/kg, which is quite a lot. High heat resistance, chemical stability and dielectric properties have made PCBs widely used in electrical engineering, dyes, lubricants, hydraulic systems, and even textiles and paper. In addition, PCBs were used in the manufacture of products where the use of other refrigerants was associated with a high risk of explosion or ignition.

PCBs can enter the body through the skin, lungs and gastrointestinal tract. Once in the blood, substances quickly accumulate in the liver and muscles, and then redistributed to adipose tissue. In addition, PCBs, like dioxins, are enhancers of the action of other chemicals alien to the body.

PCB intoxication is similar to the effects that develop from dioxins. The toxic process that takes place in humans has not been studied enough. Acute damage by dioxins and PCBs often goes unnoticed due to the extremely slow development. That is, a person loses weight, begins chloracne and hair loss, edema, inhibition of the red bone marrow, impaired reproductive function, and all this lasts so long that symptoms can be detected and correlated only with specific experience, and only through careful monitoring of personnel .

There is no antidote for polyhalogenated aromatic hydrocarbons. 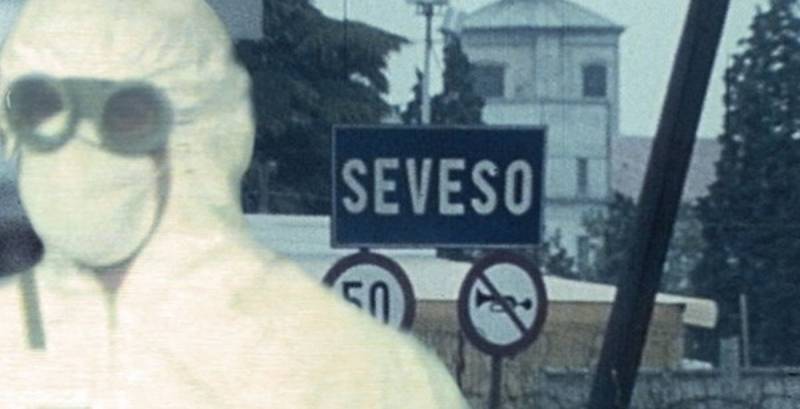 As you can see, from the rapid damage caused by mustard gas, the functionality of poisonous substances gradually shifted to cumulative properties, poisoning by which is very difficult to detect.

Thus, the substances of this described group alone are capable of providing their owner with a variety of effects on the target, if he has the proper imagination, of course. In addition, it must be remembered that some toxic substances are practically not inclined to react with other substances, which means that they can be used simultaneously.

Toxicology in general and the military in particular is a whole world, similar in essence to intelligence and counterintelligence, only they write about this medical science not so often. The following articles will be devoted to poisonous and toxic substances of asphyxiation.