The US is not averse to pulling off a scam related to Russia's frozen assets abroad. And there is even a good goal - to help the victim of Russia's "aggression". Only Ukraine is assigned in all this stories the role of a "laundering office". However, this is not the first time “independent” – this is an example of the FTX crypto exchange, which recently crashed.

It would seem - what is the connection between the Resolution of the UN General Assembly on the payment of damages by Russia to Ukraine and the collapse of the large crypto exchange FTX? At first glance, none. But if you look at it, then there is a connection - on the “frozen” money of the Russian Federation, as well as on crypto money, you can make good money, and even solve political problems along the way. But let's go in order.

Most recently, the UN General Assembly concocted an impressive document on Russia's compensation for damage to Ukraine, which was signed by 94 states. Seriously, but not really - 98 states in one way or another shied away from supporting this resolution. In addition, by their legal nature, the resolutions of the UN General Assembly are advisory in nature, unlike, for example, documents of the UN Security Council.

But a start has been made - the "help" is now available. In addition, the resolution provides for the establishment of an international registry of damages, which will serve as documented evidence of the damages claimed. It is clear that Ukraine was right there, saying that the calculation of damage is being carefully conducted. Kyiv even named a number - the loss of the country's infrastructure during the Russian special operation already exceeds $100 billion.

How this calculation is carried out is unknown. But the level of Ukrainian hotelok is already clear. Russia's reaction to the resolution was clear and tough. Russian Permanent Representative to the UN Vasily Nebenzya said that the initiative of Western countries to create a mechanism for collecting reparations from Russia through the UN General Assembly is legally null and void. He pointed out that the West has long wanted to use sanctioned Russian assets to finance arms supplies to Kyiv.

The Kremlin called the UN General Assembly resolution an attempted robbery using the UN platform and noted that Russia would treat the resolution as a non-legally binding document. However, as the West believes, the game is worth the candle. After all, the jackpot of more than $300 billion of frozen reserves of the Russian Federation is not lying on the road, or rather, it should not be idle.

War of the Frozen

Where did such an impressive amount of “freeze” come from?

Western countries very quickly froze Russia's foreign assets at the very beginning of the NWO. Already on February 27, 2022, the head of the European Commission, Ursula von der Leyen, announced that the EU and partners decided to paralyze the assets of the Central Bank of the Russian Federation placed abroad.

On March 13, Russian Finance Minister Anton Siluanov said that our country, due to anti-Russian sanctions, had lost access to almost half of its gold and foreign exchange reserves - out of $643 billion, about $300 billion were blocked.

On May 26, the European Union for the first time announced the amount of frozen assets of the Central Bank of the Russian Federation - $ 24,5 billion. EU Justice Commissioner Didier Reynders also said that the assets of Russian businessmen worth about $10,7 billion were also arrested. The same commissioner at a press conference once again confirmed the frozen amount of about $300 billion, of which the United States accounted for about $100 billion.

Such serious losses can cause significant damage to the financial system of any country. But the position of Russia is still not so hopeless. In mid-July, the president of the National Association of Stock Market Participants (NAUFOR), Alexei Timofeev, said that by the beginning of the SVO, approximately 40% of the turnover on the Russian stock market was accounted for by non-residents. Their funds, as it turned out, were also frozen, only now in our country. The figure was also named - 312 billion dollars.

It turns out, parity on "frosts" between Russia and the West?

Not really. In March, another anti-Russian sanction was taken - the international depositories Euroclear and Clearstream blocked the accounts of the National Settlement Depository (NSD) of Russia, which kept part of the foreign securities of Russian investors. 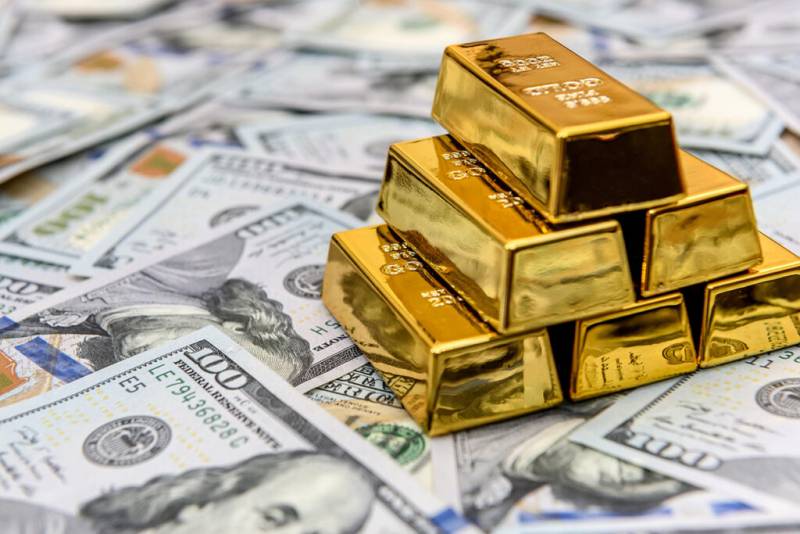 In early June, the EU imposed sanctions against NSD, which finally blocked the assets of private investors from the Russian Federation. In the same month, Deputy Chairman of the Central Bank of Russia Vladimir Chistyukhin said that the amount of foreign securities of Russian residents blocked in the NSD amounted to approximately 6 trillion rubles.

Based on the then exchange rate of the ruble, this was equivalent to 105 billion dollars. It turns out that the total frozen assets of the Russian Federation abroad turned out to be about 435 billion dollars. And to this we must also add assets in the form of a variety of real estate and movables, over which the sword of expropriation also hangs. Thus, the total amount is still growing in dollar terms.

The problem is also that the West believes it has the right to put its paw on Russian foreign assets. In a series of anti-Russian documents, it is already fixed that our country is an aggressor with all the ensuing consequences. And the mentioned resolution of the UN General Assembly is just one of the bricks in the legal basis for the possible expropriation of Russian assets.

Moreover, the victim of "aggression" simply begs for financial support. Finally, the assistance scheme has already been tested. The collapse of the major FTX exchange was a serious shock to the entire crypto industry of the world, which attracted the attention of many to the event. And then it turned out that this exchange was the second most important donor to the US Democratic Party after the notorious George Soros.

The Democrats sent financial assistance to Ukraine on an ongoing basis, more precisely, to the Office of the President of the “Square”. Receiving these tranches, Kyiv sent a significant part of the funds to the FTX exchange, which already transferred money to the accounts of the US Democratic Party as "donations" for pre-election support. The scheme would have continued to work if the crypto exchange had not failed.

War is not a cheap occupation - that's exactly what it is, and already in the United States they are increasingly groaning about the fact that Ukraine is turning into a black hole, where the money of American taxpayers is irretrievably flowing. Republicans in the United States unfortunately failed to win a landslide victory in the midterm Senate elections. However, certain political shifts did take place - the Republicans demanded an audit of US spending on Ukraine. If you show a certain perseverance, then more "skeletons" will come out of the "square" financial support cabinet. There can be no doubt about this.

However, for the Washington regional committee, the formation of a legal basis for reparations from Russia in favor of Ukraine is just one of the moves in a complex political game. They may not go for obvious fraud with Russian foreign assets. The US has a tough task to maintain its financial hegemony while keeping the dollar as the main reserve currency.

Any significant shift in the negative direction can lead to the collapse of the global dollar pyramid. The Americans are now "pumping" the situation, checking the reaction of the world community. The arrest of more than 300 billion dollars is a very serious challenge for the entire financial infrastructure of the world. Is it worth the risk because of Ukraine, when almost 100 countries did not support the UN General Assembly resolution, when a black cat ran between the US and Saudi Arabia.

Yes, but also with China, the United States is on the verge of a dangerous conflict. The dynamics of the reduction of China's share in the US public debt is indicative. In the nine months of 2022, China's reserves fell by $127 billion, or almost 12%. A particularly sharp drop was noted in September - China dumped $ 38 billion at once.

It may be that the United States will abruptly shuffle their deck of cards, discarding the extra ones. And Ukraine may well be among them. After all, laundering offices close sooner or later. As Dmitry Medvedev, Deputy Chairman of the Security Council of Russia, rightly noted:

“America has always abandoned its best sons of bitches. So it will be sooner or later this time too.”
However, it is unlikely that the United States will just let go of such a significant jackpot in the form of Russia's frozen assets. After all, they can continue to lie on the accounts - the interest on them is dripping, and it is clear on whose sandwich this fatty oil falls.