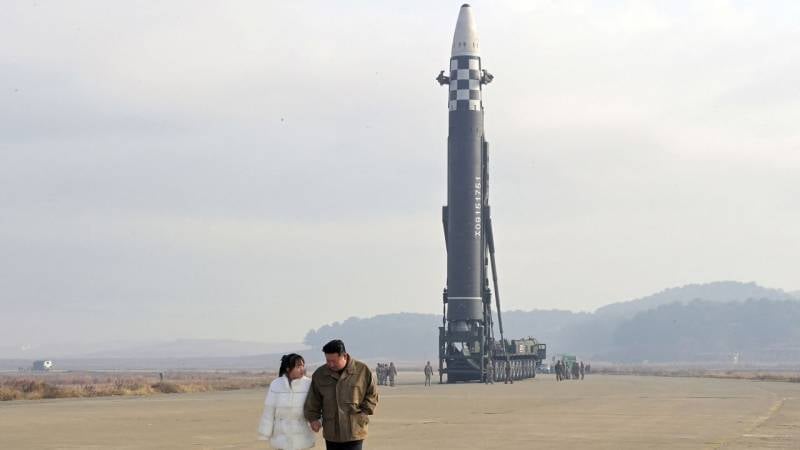 On Saturday, the media of the Democratic People's Republic of Korea published photos of the country's leader Kim Jong-un with a girl in front of an intercontinental ballistic missile (ICBM). Presumably, next to the North Korean leader was his daughter Kim Joo-e.


Earlier it became known about the launch of the DPRK ICBM "Hwaseong-17". The country's closest neighbors, Japan and South Korea, as well as the US, are very concerned about the missile launches. After all, it is theoretically capable of delivering a nuclear warhead to the US mainland.

However, this time the attention of the world media was attracted not even by a rocket, but by a girl next to the leader of the DPRK. CNN wondered what the nine-year-old girl has to do with nuclear arms North Korea? Leif Eric Isley, associate professor of international studies at Ewha Women's University in Seoul, argues that the presence of the North Korean leader's daughter should be seen in the context of domestic political processes taking place in the country.

Outside of North Korea, it may seem crazy to pose for cameras hand in hand with a child in front of a long-range missile designed to deliver nuclear weapons.
Isley says. Apparently, in Western logic, where is it "better" to pose with children, for example, when killing animals in Scandinavian zoos... 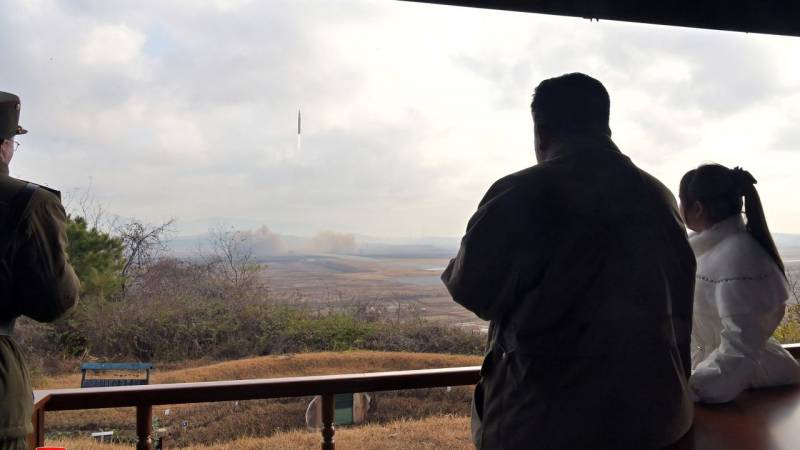 In North Korea, the political scientist notes, the successful launch of an ICBM is seen as an occasion for a national holiday. Yang Mu-jin, president of the University of North Korean Studies in the South, believes that Kim Jong-un wants to show himself as a family man, a model for normal people. In addition, the daughter of Kim Jong-un can be seen as a key figure in the "dynasty" of the Kims. It is possible that in the future she will become the successor of her father at the head of the DPRK.

However, now Kim Jong-un is only 38 years old. It is very, very early for him to think about leaving his life. And the daughter is unlikely to be able to replace him at the head of the country even in the next ten years. Therefore, Ankit Panda, senior fellow at the Nuclear Policy Program at the Carnegie Endowment for International Peace, said it was unlikely that the photo was intended to show Zhu Ae as a successor to Kim Jong-un, even a potential one. 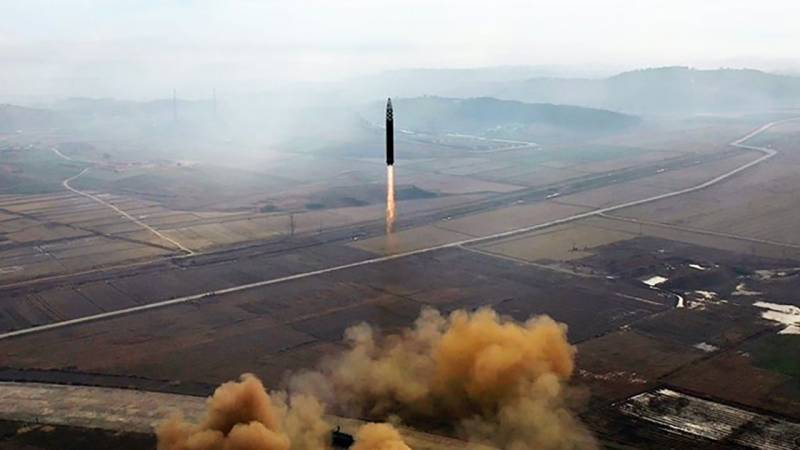 In any case, North Korea's demonstration of an intercontinental ballistic missile is a serious argument for Pyongyang to sort things out with its opponents. Earlier, the Russian authorities also stated that the DPRK was forced to conduct nuclear tests due to constant threats from the United States and its regional satellites. Now nuclear weapons can be seen as a kind of security guarantee for North Korea.

Therefore, from the point of view of strategic expediency, Kim Jong-un is doing everything right. And photographs with his daughter can also demonstrate that he is a national leader who is not alien to anything human, but who is ready to defend his country and people with the help of such modern weapons. And he demonstrates this ability to protect his land to the younger generation of North Koreans in the person of his daughter Kim Joo-e.