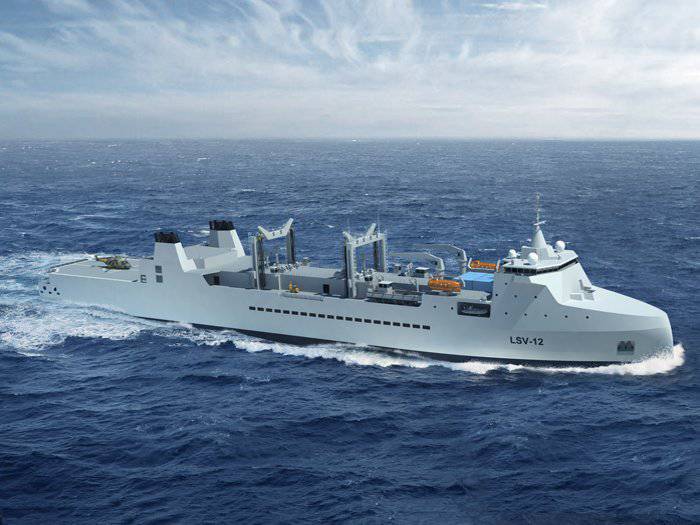 Update fleet The French Navy's supply ships, scheduled for the end of the decade, returned to discussion again. This was due to the zeal of some members of the Defense Committee of the French National Assembly, who adopted the amendments to the 2012 budget. As a result, about 5 million euros were allocated for research in the field of new logistics ships of the French fleet, as a backup plan for the modernization of the existing fleet. According to parliamentarians, these ships are important for force projection operations, and an existing fleet about thirty years old can complicate these operations. "The deployment of forces abroad and the intensive use of the naval grouping leads to a large workload of these ships in combat zones. Indeed, they determine the ability of the fleet to carry out long and long campaigns. To avoid the weakening of these capabilities, it is necessary to do research today and consider replacing or upgrading these ships, "Marguerite Lamour told the Defense Committee. 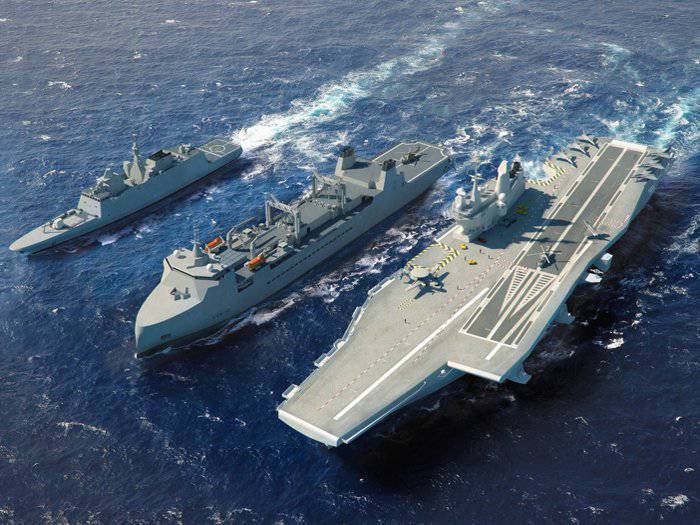 A member of the committee also drew the attention of her colleagues to the fact that current tankers are not double-hulled: "These vessels are single-hulled, that is, they no longer meet modern standards. In case of an accident, France may be blamed for this, and therefore subject to high risks. Our allies may even oppose our deployment of these ships in international operations, and in the event of the slightest incident, the entire fleet of tankers will remain in the port, and this will significantly limit the ability of the naval fleet to operate. lot ". 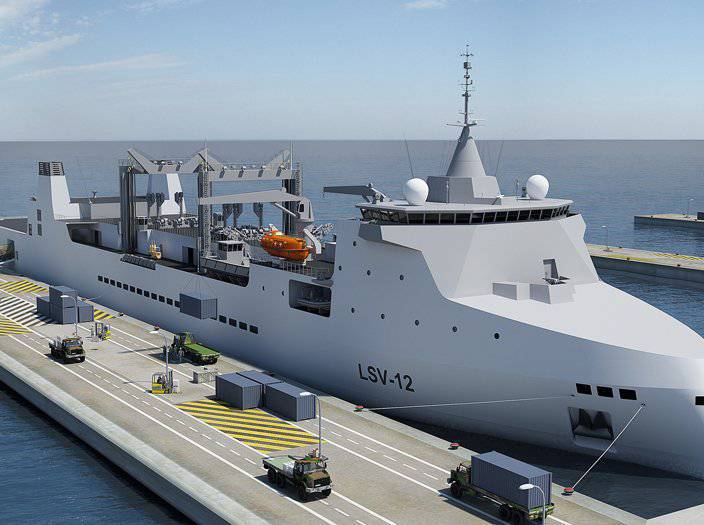 The French Navy currently has four support vessels, the Meuse oil tanker, and the Var, Marne and Somme control and support vessels, commissioned in 1980, 1983, 1987 and 1990, respectively. In October, 2009, the French Ministry of Defense decided to start research to determine the characteristics of the future of the supply fleet (Flotte Logistique). At the moment it is assumed that this project can be implemented in cooperation with the UK. New ships will be commissioned between the 2015 and 2020 years. 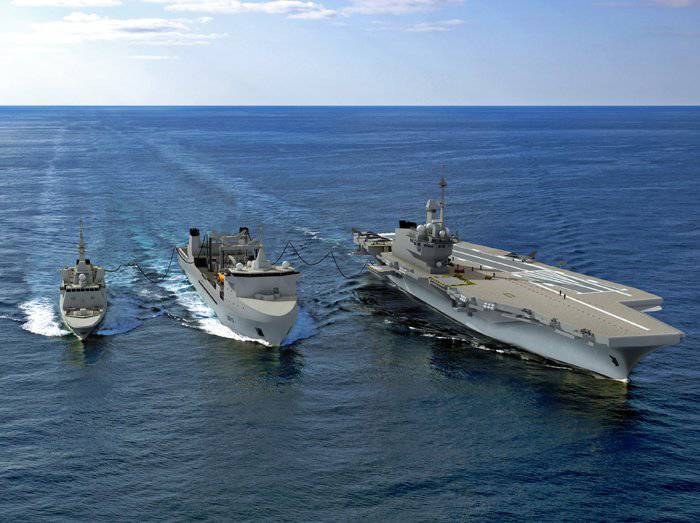 Interest in this program was expressed by the French shipbuilding association DCNS, which developed an updated version of the advanced integrated supply ship BRAVE (Bâtiment RAVitailleur d'Escadre), the concept of which was first presented at Euronaval 2010. One of the variants of the BRAVE ship is distinguished by an innovative bow section, close to the well-known X-BOW architecture. 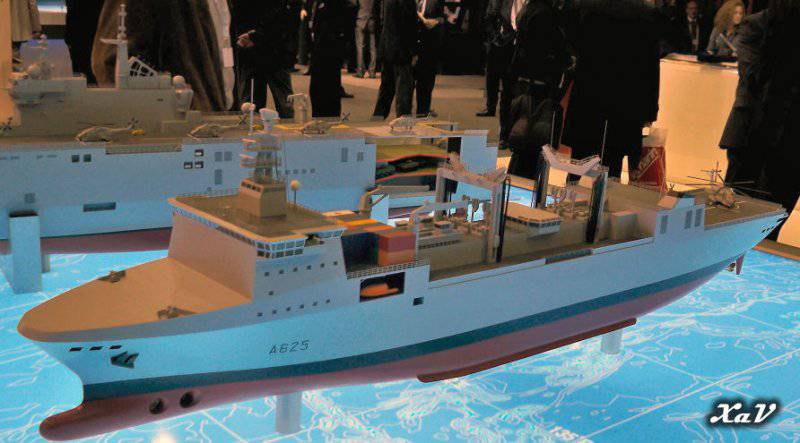 To carry out various functions related to the logistics of the fleet, BRAVE is divided into three main parts. In the bow are accommodations designed to accommodate personnel, a control center and a bridge. In the middle of the ship are Tanks with liquid loads and spare equipment. In the aft part of the ship there are other auxiliary rooms (workshops, warehouses, vehicles, etc.), and additional modules can also be located. 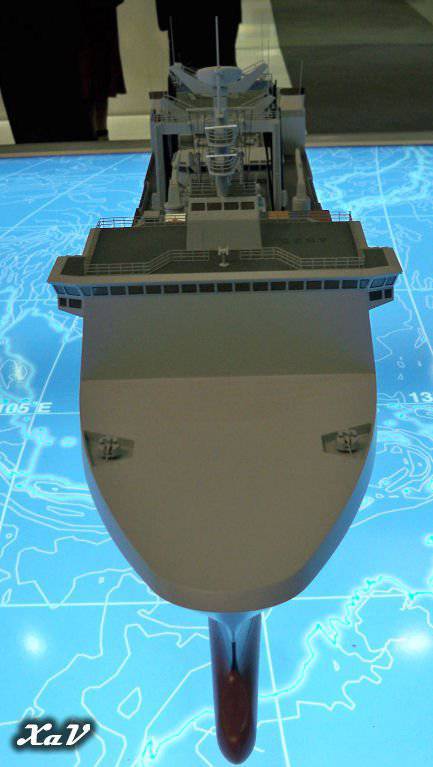 The middle part of the ship can be increased (by adding one or two hull sections), for example, to increase the volume of transported fuel. During the design process, considerable attention was paid to the standardization and interchangeability of assemblies, sections and mechanisms. 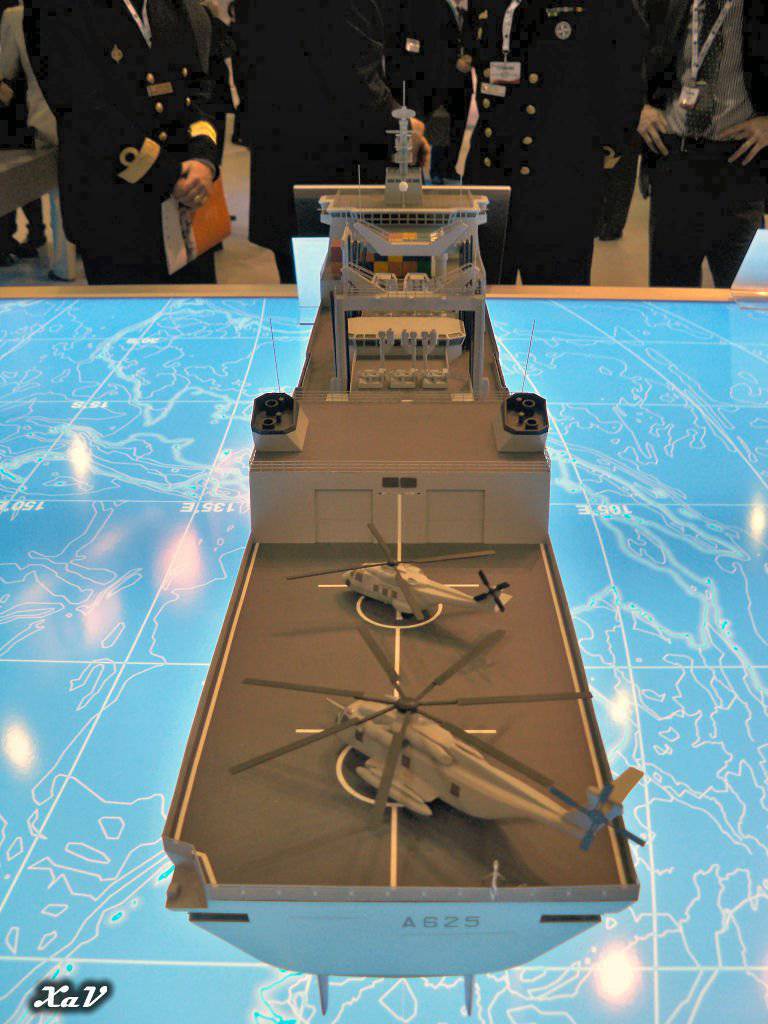 The BRAVE family of support ships was designed to provide the fleet with all the necessary logistics functions: transportation of solid cargoes (including ammunition), liquids (including various fuels) and naval headquarters; replenishment); various onboard workshops, spare parts, etc. In addition, if necessary, BRAVE transports special containers, such as command posts or additional medical modules.

Secondary tasks (except logistics):
- Transportation of heavy loads;
-Car transport;
- Container storage;
-Modular hospital;
-The location of helicopters and UAVs;
-Management and control capabilities;
-Training of cadets of the Navy. 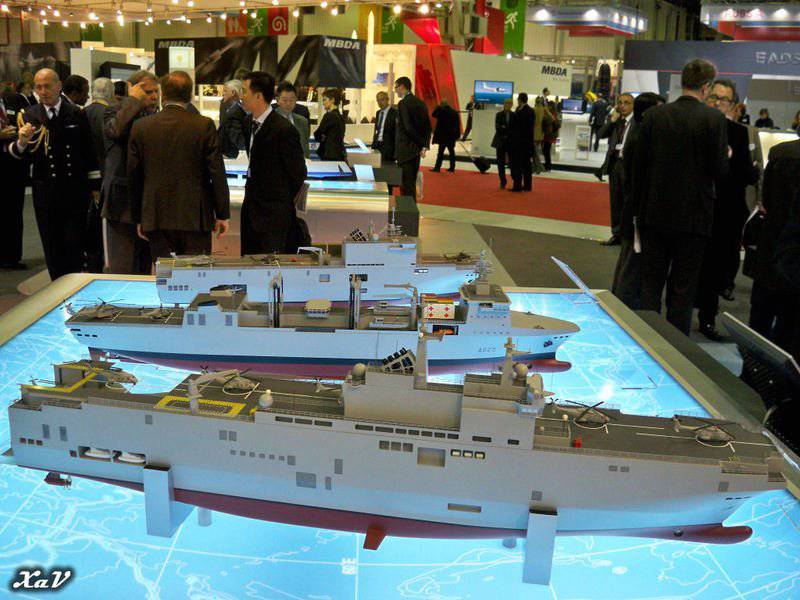