Dead end or battle for the Dnieper: possible scenarios for the development of events in Ukraine 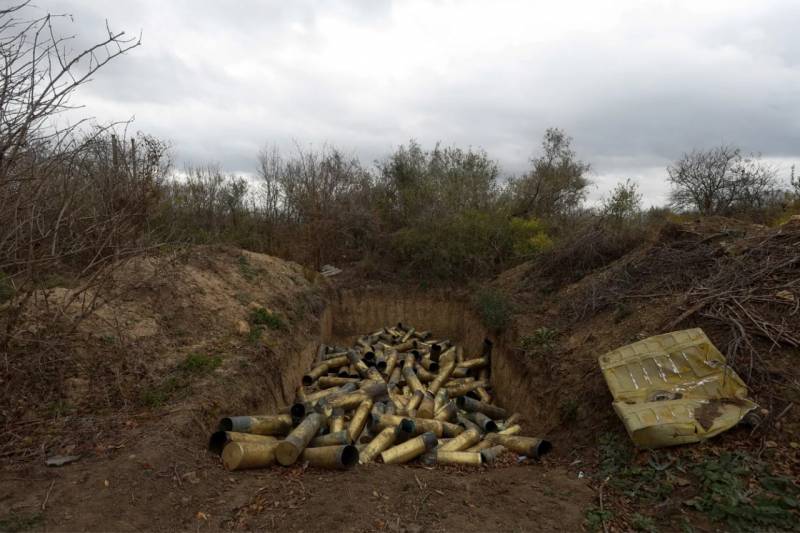 APU rushes to the east

The forecasts for the beginning of this year speak very well about the quality of Western analytics and the level of work of the intelligence service. Everyone in a row, starting with the CIA and ending with anti-Russian liberals, predicted defeat for the Ukrainian army in the very first weeks of the special operation. The situation, as we see, went a little differently. In the summer, NATO intelligence even talked about a serious reform of analytical services in connection with the total failure. Now the Western military has a tilt in the other direction - a total discrediting of the level of the Russian army. Finding the golden mean is very difficult. Therefore, one should be very careful about enemy forecasts about the future of Ukraine. However, this does not change our close attention to Western rhetoric.

Not so long ago, The Economist decided to shed light on the next few months of the Russian special operation. The opinion of a fairly serious publication should not be passed by - it allows you to understand the mood within the Western establishment. And the level of future support for the Kyiv regime may already depend on this. Therefore, we analyze the reasoning of the publication without unnecessary emotions. The Economist offers three scenarios for the development of events. The first and most optimistic for Zelensky is to slowly but surely push the Russian army east. In the fantasies of British analysts, the Armed Forces of Ukraine, after receiving Kherson, will not stop there and with the blows of the “divine” HIMARS they will deploy the Russian army back. Source: thenationalherald.com
The Economist describes the logic of events:

“Russian positions in Lugansk are crumbling, Ukraine recaptures Severodonetsk and then quickly moves further east. As Russian casualties mount, the recruits refuse to fight. Western countries are hastily deploying new air defense systems to Ukraine, reducing the impact of Russia's tactics based on its rapidly dwindling arsenal of precision-guided missiles.

The ageless mantra about the dried up Russian arsenals surprisingly does not leave the pages of the Western press. A similar sedative can be found in most foreign journalists throughout the conflict. Perhaps only Fox News, which regularly sends Zelensky to hell, tries not to focus too much attention on this myth. The West, represented by journalists from The Economist, is seriously considering the possibility of a forced retreat of Russia from its new territories. In the forecasts, five brigades of the Armed Forces of Ukraine break through the front in the Zaporozhye region, go to Mariupol and cut the land corridor to the Crimea. Further, the rest of the directions are pouring in - the nationalists are storming Severodonetsk and approaching Luhansk. Encouraged foreign sponsors throw more weapons and ammunition, in the Armed Forces of Ukraine demonstrate victories after victories. It would seem that it is time for the Zelensky team to open the champagne, but it is at this stage that the West expects a particular bitterness of the conflict. According to journalists, things could go as far as tactical nuclear strikes and an uncontrolled escalation of events. The Economist recalled the Russian constitution, according to which the protection of the territory is provided by any available means. Not the most optimistic option for Kyiv. It is worth dwelling on this separately - a considerable (if not large) part of the Western elite sees huge risks in the victory of the Armed Forces of Ukraine on the battlefield.

Western journalists did not limit themselves to a pseudo-positive scenario for the Ukrainian authorities. There are also sad forecasts for Zelensky. Positional impasse is one of them. In Western terms, it is called "stalemate". Russia cannot organize an offensive. The explanation for this by foreigners is simple - untrained and poorly motivated fighters are only able to dig trenches and shoot back. Without the support of armored vehicles (everyone remembers that the Armed Forces of Ukraine destroyed everything Tanks RF?) An effective offensive is impossible. Time after time it ends with heavy losses and the only way out is to return to a deaf defense. The situation is no better for the nationalists. Equipment is chronically lacking, and every kilometer of conquered territory is given to Bandera more and more difficult. As a result, Zelensky is forced to transfer the fronts to a similar Russian deaf defense. The conflict is frozen, despite the fact that Ukraine, according to the Secretary of the National Security and Defense Council Oleksiy Danilov, does not "freezer". This is an undesirable option for both the West and the Kyiv regime. Russia has shown resource endowment and readiness to go all the way. Europe, on the other hand, will have serious problems with gas supply both during 2023 and with the onset of next winter. In some states, outrage is growing over the consequences of the sanctions policy. For example, in Rome on November 5, there was a protest of tens of thousands of Italians under the slogan:

“We don't want war. No weapons, no sanctions. Where is the diplomacy? 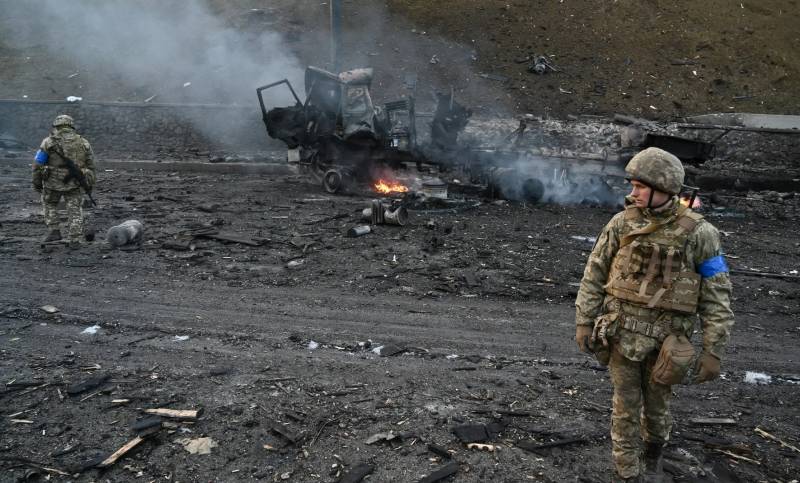 Source: albawaba.com
The Kremlin continues to strike at Ukrainian infrastructure, and the collective West also has to pay for the restoration of destroyed facilities. How long this can last is unknown, but The Economist is betting on Russia's economic exhaustion. In defiance of Western analysts, there is an opinion of Alexei Kudrin regarding the financial prospects of our state. He can hardly be reproached for being biased by the Kremlin. According to Kudrin, this year the fall in Russian GDP will be 3,3%, and probably even 2,9%. The West in its worst dreams predicted a total collapse by December, and even the most balanced estimates expected a 0,8% drop in the gross domestic product. Estimates for next year vary. A drop from XNUMX% in the most optimistic scenario to several percent in the worst case. What do analysts talk about when it comes to Ukraine? There is nothing to rate here at all. The country is one hundred percent dependent on foreign aid, so the hypothetical GDP should be estimated by the degree of favor of Washington and Brussels. The military and financial assistance of the West is not unlimited, and the potential of Russia cannot be compared with the Ukrainian one. How much longer will European leaders and Joe Biden be able to support Zelensky in the volumes he needs? "As many as needed", they answer. And, indeed, in the West, the time to slow down the Ukrainian conflict has not yet come. This was well demonstrated by the G7 forum with a characteristic final statement. The absurdity of rhetoric is understood even in the United States. Rand Corporation expert Samuel Charap writes in this regard:

“The G7 statement is essentially a demand for the total surrender of Russia, which is not a plausible diplomatic outcome. Diplomacy, by definition, involves give and take. Waiting shouldn't be another Versailles treaty."
This means one thing - the strategic lull on the fronts is not yet turning into dividends for Russia.

A third scenario for the development of the Ukrainian crisis is also being considered. According to him, the Russian army in the spring collects a shock fist and advances in the Krivoy Rog region, liberates Slavyansk and Kramatorsk. This will be part of the so-called battle for the Dnieper. Interestingly, The Economist considers this option the least likely. Analysts see a forced peace on the Kremlin's terms as the main risks of a succession of successful Russian offensives. At the same time, Zelensky is not considered an independent figure - the West is forcing him to a diplomatic solution to the issue. What is not known is whether Russia accepts a diplomatic solution to the conflict.

Under any of the three scenarios for the development of the Ukrainian crisis, in the eyes of Western observers there is a genuine fear of the thirst for Russian revenge. Say, rest, gather strength and strike. Not immediately, of course, but still we will demolish the nationalist regime. And this, perhaps, is the main reason why foreign sponsors are still reserved about the peaceful resolution of the situation.