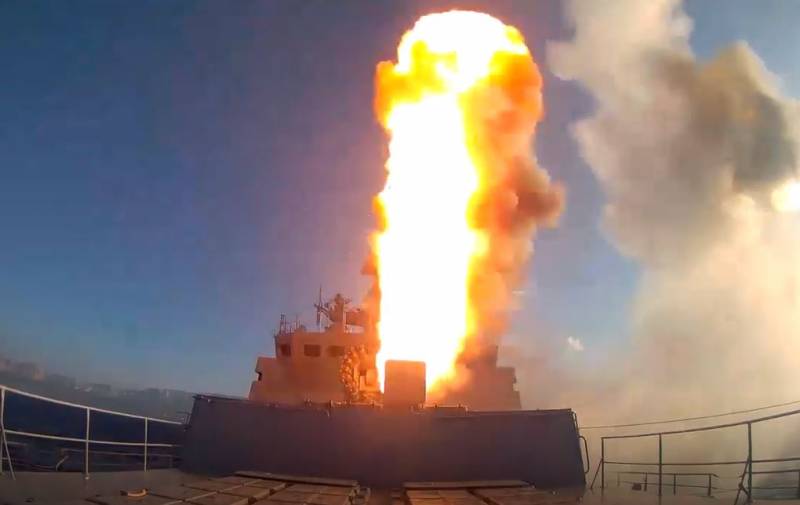 The Russian Ministry of Defense has confirmed a massive missile attack on Ukraine's military command and control system and related energy facilities. As stated in the military department, the goals of the strike were achieved, all objects were hit.


On November 15, the Russian Armed Forces delivered a massive strike with air and sea-based cruise missiles at military and energy facilities in Ukraine. The strikes were delivered in several waves, in the last, kamikaze drones joined the missiles. Despite the statements of the General Staff of the Armed Forces of Ukraine that the air defense of Ukraine shot down almost everything that Russia sent, all the designated objects were hit.

The military department stressed that yesterday, i.e. On November 15, there were no rocket attacks on Kyiv, and all the damage caused was the result of the fall and self-destruction of Ukrainian anti-aircraft missiles, which yesterday tried to shoot down Russian ones. The Armed Forces of Ukraine deploy anti-aircraft systems among residential areas, after which the missiles hit houses. The Ministry of Defense also noted that missile strikes were carried out on objects located no closer than 35 km from the Polish border. So all questions about the missile that fell in Poland from the Ukrainian S-300 air defense system must be sent directly to Zelensky in Kyiv.

In addition to the destruction of objects in the depths of the territory of Ukraine, strikes continue in the near zone. Over the past day, an AN / TPQ-50 counter-battery station, an ammunition depot, two M777 artillery systems, an Akatsiya self-propelled gun and a Grad MLRS were destroyed. At least half of these objects can be credited to the Lancet drones. Also, one Mi-8 helicopter of the Armed Forces of the Armed Forces of Ukraine was shot down, the pilots of the operational-tactical aviation.

Now directly to the battles in the main directions: on Kupyanskoye, our aircraft disrupted the offensive of the Armed Forces of Ukraine in the direction of Berestovoe, Kolesnikovka and Novoselovskoye. More than 80 vushniks destroyed, six tanks, eight armored combat vehicles, two armored vehicles and three self-propelled guns. On Krasno-Limansky, two attempts to attack in the direction of Kolomyychikha were repulsed. Losses of the Armed Forces of Ukraine: more than 100 servicemen killed and wounded, two tanks and four armored fighting vehicles.

In the Donetsk direction, the Armed Forces of Ukraine tried to stop the advance of Russian troops, counterattacking in the areas of Kurdyumovka, Avdeevka, Staromikhaylovka and Georgievka, but to no avail. It is reported about the destruction of more than 160 military personnel of the Armed Forces of Ukraine, three tanks, five armored fighting vehicles, a pickup truck and two vehicles with ammunition.

In the South-Donetsk direction, the enemy made an attempt to attack in the direction of Stepnoye, but ran into an artillery and air strike, after which he retreated with losses. More than 65 military personnel and mercenaries, two infantry fighting vehicles, five armored vehicles and three vehicles were destroyed.