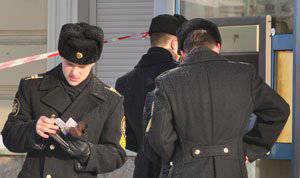 When in 2011, a draft of the future federal law “On the monetary allowance of military personnel and the provision of separate payments to them” was considered, many different opinions were expressed on its substantive part. But at the same time there was a common opinion: there appeared a well-earned, deeply thought-out document that would radically change the lives of people in uniform. Starting 1 on January 2012, payments clearly confirmed this. But, apparently, it was not possible to foresee all the parliamentarians and officials.

The military-industrial courier weekly 13 on April 2011 for the first time published documents, the preparation of which was then completed in the relevant commissions of the Government of the Russian Federation and the Interdepartmental Working Group. They determined the size of monetary allowances and pensions for servicemen of the Russian army, internal troops of the Ministry of Internal Affairs of Russia from January 1, 2012, as well as soldiers of other law enforcement agencies.
Counted - wept

Not much time has passed since then. But today the implementation of one of the provisions of the law was in question. It is about the abolition of indexation, which takes into account annual inflation. The 9 clause of the 2 FL article “On the monetary allowance for military personnel and the provision of separate payments to them” reads: “Salary rates for military posts and military salaries are annually increased (indexed) taking into account the level of inflation (consumer prices) in accordance with federal law on the federal budget for the next financial year and planning period. " In this connection, the Government of the Russian Federation was instructed to envisage, starting from 2012, in the development of the draft law on the federal budget, allocations for the implementation of these measures. That is, to allocate funds both for increasing the monetary allowance of servicemen and pensions, and for the inflation component.

What will it give? According to official data, inflation in our 2012 year will be 5 – 5,5 percent. On 2013-th is about the same value. The expenses of the Ministry of Defense for the monetary allowance of military personnel in the draft budget for 2013 year are planned in the amount of 341,9 billion rubles. On the MVD - about 600 billion. Thus, this measure will save about 50 billion rubles. Serious amount. But how to justify the planned step? But life makes its own adjustments. Now it is supposed to save on the army and the Interior Ministry. How? With the initiative not to index in 2013, the cash content was made by the Ministry of Finance. The government agreed with this. But in any case, our plans should be carried out through the law “On the federal budget for 2013 year and for the planning period 2014 and 2015”. To this end, the State Duma made the corresponding amendment, which proposes to suspend in 2013 the effect of one of the provisions of the law No. 306-FZ "On the monetary allowance of military personnel and the provision of separate payments to them" (from 7 November 2011 of the year) guarantees to employees of the internal affairs bodies of the Russian Federation and amendments to certain legislative acts of the Russian Federation ”(dated 247 July 19), which provide for indexation. This amendment must be approved by the Federation Council and the president. But I think this is a procedural formality. However, in fairness, we say that the decision to increase (indexing) the salaries of military personnel is made by the Government of the Russian Federation, which is also spelled out in the law "On the allowance of military personnel and the provision of certain payments to them."

In the explanatory note to the document received by the State Duma, the need to abandon indexation is motivated as follows: in the 2012, the military and the police were significantly increased in pay, but their colleagues from the FSB, FSO, SVR, FSIN, prosecutor's office, TFR and other security forces will only increase salaries since January 1 2013. Therefore, if the servicemen and the police are now indexed, then since 2014, there will be a big gap between the revenues of the security forces of various departments. For the sake of the triumph of justice, so to speak, and we must abandon indexing.

But even after the increase in the pay, the officers of the Armed Forces receive not much more than the officers of the FSB, FSO, SVR and other security agencies. Because official salaries and salaries for the title in the FSB and the FSO were initially greater than in the army. Lieutenant FSO received about the same as the captain of the Armed Forces. Therefore, such explanations do not hold water.

Does not take into account the explanatory note and the fact that the pensions of prosecutors and investigators, judges constitute one hundred percent of their salaries. Whereas for military retirees introduced a discriminatory reduction factor 54 percent.

Recall that the monetary allowance of servicemen undergoing military service under the contract is the main means of providing them with material support and encouraging them to fulfill their duties in preparing for the armed defense of the Russian Federation. But now, under the pretext of the need to equalize the salaries of military and policemen with the salaries of other security officials, the cabinet and legislators suggest that they should not be indexed.

“We considered that annually the total volumes of the indexation of the money allowance of the servicemen only by the Ministry of Defense and the internal troops would be 44 billion rubles,” Deputy Finance Minister Leonid Gornin told the Economic Council in the Federation Council. - And if you take the military personnel of other federal structures, then in aggregate 67 billions more must be spent for these purposes. Taking into account the extra payment of indexation for long service to military retirees, this is still 26 billion rubles. ”

Thus, the total costs will amount to 93 billion rubles, which, apparently, is costly for the state. Therefore, the salary indexation planned for next year in the army and internal troops of the Ministry of Internal Affairs is postponed to the size of inflation to 2014.
Pensioners will not be affected

You can understand this, of course. The budget is not rubber. But where is the guarantee that next year there will not be any weighty reason again? Alas, there is no such guarantee. Moreover, a downturn in world production could hit energy prices, and therefore budget. Then again it is necessary to look no longer for the inflationary component, but for measures more abruptly.

But for military retirees, payments will be indexed next year. As before, retired military service pensions will be charged in accordance with the following formula: 50 percent for years of service and an additional three years of service for each year, but the total amount should not exceed 85 percent. As for the promised annual cash supplement to their pension satisfaction by two percent, it should exceed the level of projected inflation. And if the Ministry of Economic Development on 2013 determines it in, say, 5,5 percent, then payments to military retirees will grow by at least 7,5 percent. But this is also only preliminary calculations.

The growth of pension payments in the draft budget for 2013 year laid twice. Since January 1, retirees are planning not to accrue 54 percent from the new base military salaries, as it was this year, but 56.

In conclusion, we recall that the Federal Law of the Russian Federation of November 7 2011 No. 306-ФЗ “On the allowance of military personnel and the provision of certain payments to them” was adopted by the State Duma and approved by the Federation Council. Of course, this is a step forward. But as many military pensioners still believe, the downward coefficient 0,54 laid in it is pure discrimination on the social basis, which is strictly prohibited by the Constitution of the Russian Federation and international conventions ratified by Russia. It should be urgently canceled so as not to look ugly in front of other developed countries, or to introduce the same reduction factor for all officials, primarily deputies, governors, mayors, judges, prosecutors, etc. They currently have an average pension not 22 thousand rubles, and under 100 thousand rubles and more. People who have devoted their whole life to serving the Fatherland, who have risked their lives more than once, should live with dignity and after being transferred to the reserve.