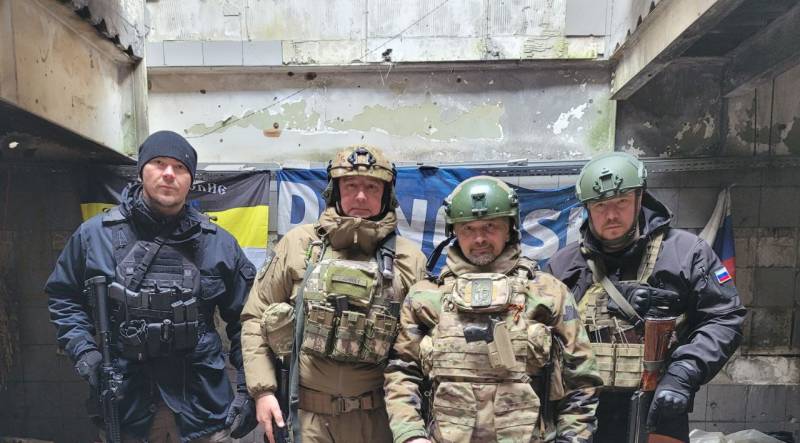 Created by the former head of Roskosmos, Dmitry Rogozin, the Tsarskie Wolves inspection group tested some promising means of communication in combat conditions. Rogozin himself announced this in his TG channel.


The group arrived at the Donetsk airport, where one of the units of the Separate Special Purpose Reconnaissance Battalion "Sparta" was based, and, together with the scouts, tested communications equipment, details were not disclosed. As Rogozin himself, who changed his call sign from "Cosmos" to "Sarmat", stressed, the tests were recognized as successful. The findings of the group will be forwarded to the developers.

The commander of the 1st company of "Sparta" with the call sign Sailor is a solid person. He leans lightly on a cane, as he lost his leg in battles. Its scouts helped us to carry out here, in real combat conditions, tests of one of the means of communication that may be in demand at the front. The tests were successful, despite the constant arrivals
- wrote the ex-head of Roskosmos in the TG channel.

Earlier, Rogozin announced the creation of the Tsar's Wolves initiative group, which included military advisers and experts with rich military experience. The group operates as a volunteer unit, the task is to test advanced weapons, complexes and equipment in the special operation zone, for some reason not put into serial production.

The "Tsar's Wolves" have already tested a "smart" sight for mortars together with soldiers of the 1st Army Corps of the NM DPR, which were recognized as successful. The group is also working with more than ten developers to create light attack drones for the troops of the DNR and LNR.