The crisis in the Persian Gulf: in the balance from disaster 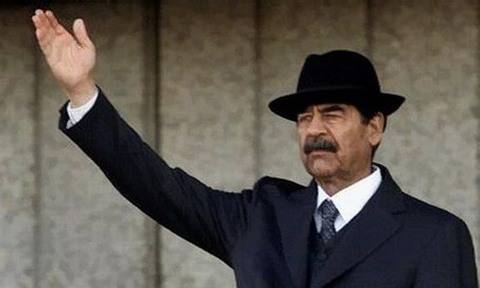 Israel is shrouded in myths, most of which in practice turn out to be absurd misunderstandings. One of the myths depicts the Israeli military as wise and fearless heroes, behind which people feel like behind a stone wall. Declassified archives 19-year-old, shedding light on the first hours of the Persian Gulf War, show the Israeli army and military intelligence in a completely different perspective. Only now it became known that then, in the first few hours of the war, a global crisis broke out, comparable to the Caribbean crisis of the year 1962.

The material was published in the Yediot Ahoronot newspaper from 17 on April 2009 in the annex “7 days” (p. 17). Translation from Hebrew.

***
All those who were in the Kiri bunker that night in Tel Aviv will never forget what happened there.

It was 1: 45 night 18 January 1991 of the year. In Israel, they built airtight bomb shelters everywhere and stocked up on gas masks, given the possible attack on Israel using weapons mass destruction. On the eve of the United States attacked Iraq. The question remained open: would Saddam Hussein fulfill his threat of using chemical and bacteriological missiles against Israel?

Around two in the night, air-raid sirens were made. The call sign "south wind" was transmitted, a special connection was launched, the phones were cracked. The drama has begun.

The first rocket fell in the quarter "Hay-Tikva", not far from the public bomb shelter. As soon as the sound of sirens was heard, the personnel of the General Staff of the Kiri base in Tel Aviv set off to take places in the depths of an underground bunker equipped with protection systems against chemical and bacteriological weapons. The flight was so hasty that several people were crushed in the crowd and injured. Military intelligence personnel with the most complete information about a possible threat ran the fastest.

Meanwhile, an officer of the border troops arrived at the site of the fall of the rocket. Like most of the IDF servicemen, he had no idea about the signs of destruction by bacteriological and chemical weapons. By the nature of the explosion, it was possible to determine that the charge did not contain a chemical or bacteriological weapon. But it seemed to the serviceman that the smell of burning contained impurities of unconventional weapons (all types of bacteriological and most types of chemical weapons have no smell at all). His report was transmitted by special communication to the base "Kiriya", which further intensified the panic and accelerated the flight to the bunker. By this time, the base command issued an order to close and block the entrance to the bunker and turn on the hermetic protection. Many soldiers and officers who remained outside began knocking on the closed door in despair. The participants in those events say that their fear was so great that many had involuntary excretion of urine and feces.

Those who closed the door did not bother to check who had time to enter and who did not. Even Defense Minister Moshe Arens - and he stayed outside. Only a quarter of an hour later, the Minister of Defense was allowed inside. The chief of the General Staff, Dan Shomron, who had rushed from his home at great speed, could not get into the base at all for a long time. The guard, who did not recognize the Chief of the General Staff in a gas mask, refused to let him through.

Convinced that they would not be allowed into the bunker, the servicemen who had remained outside the base fled to where to look for another shelter. The premises of the Office of the General Staff, one of Israel’s most strategic locations, were left without control. If there was a foreign intelligence officer there, he could have made a brilliant career in one hour. Only one person was not afraid of gases and stayed in the control room: it was Amnon Lipkin-Shahak, the head of military intelligence.

***
However, the hysteria and panic that engulfed the personnel of the Kiria base was nothing compared to the real drama played out in 15 km. from the base, at the Institute for Biological Research in Ness Zion.

The mobile laboratory of the Institute arrived at the site of the first rocket’s fall, the task of which was to transport the fragments of the rocket for biological examination. The anthrax test gave a positive result, which meant that Israel had been attacked by bacteriological weapons with anthrax spores.

The suspicion that Saddam Hussein used a bacteriological instrument has not yet been brought to the attention of the country's leadership. If this had been done, there would almost certainly have been an order to attack Iraq with weapons of mass destruction. This would completely change the character of that war. But the staff at the Institute of Biology knew that the bacterium detection technology they used was imperfect. Therefore, before notifying the government, a re-examination was conducted. A few hours later it became clear that the rocket was set charge with conventional explosives.

***
These dramatic events at the Kiriy base and at the Institute of Biology showed how Israel, and especially its intelligence services, were not ready for war. After many years, when the archives were declassified, it became clear how little they knew about Iraq before the start of the war and during, and why the reports of the UN experts on the strategic plans of Iraq shocked them.